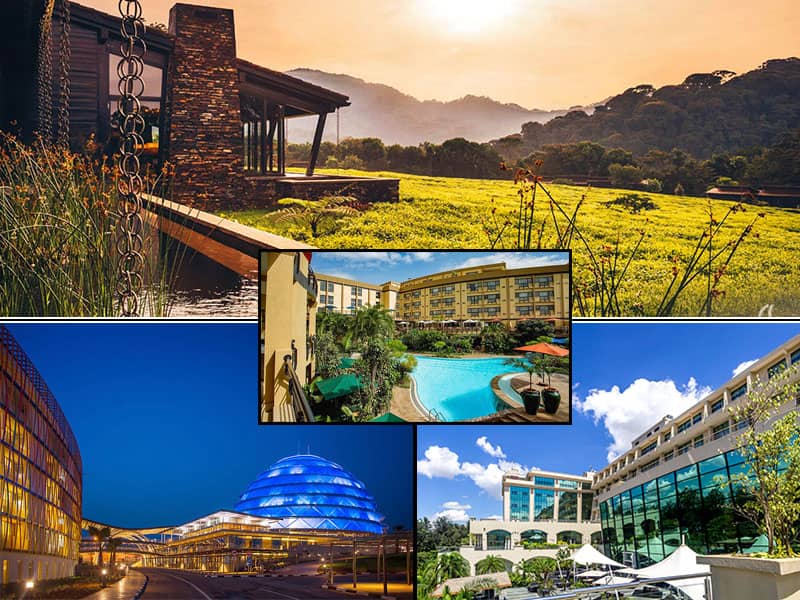 In December last year, Rwanda’s One & Only Nyungwe House, formerly Nyungwe lodge regained its status in the hospitality industry reclaiming a solo winner in the five star category of the 2018 Rwanda hospitality grading exercise.

That was good news. The Gisakura-based One and Only Nyungwe House in the Western Province, joined  Serena Hotel, Mariott Hotel Kigali and Radisson Blue Kigali on the table of the top four hotels of the country.

They were ranked on this position on the October 2017 ranking. This evening, November 1, 2019, Rwanda Development Board (RDB) will organize yet another event in which top more Hotels will be announced.

During the ranking ceremony which will take place at Radisson Blue and Convention Center, different hospitality establishments will be awarded star grades, from 1 to 5 using the East African Criteria for Standardization of Hotels, motels, lodges, apartments and other accommodation facilities.

Could newly established facilities come among the biggest in terms of grading? RDB has the answer.

Meanwhile, some facilities that have been unveiled this year could not feature in this year’s rankings.

They include the magnificent Singita Kwitonda Lodge and Kataza House which was unveiled in August this year, within a landscape of wetlands and lush meadows with magnificent views of the Sabyinyo, Gahinga and Muhabura volcanoes.

Rwanda’s high-end tourism has been at the pick. For instance, in terms of accommodation, the country currently has over 14,000 hotels rooms, up from only 4,000 in 2009.