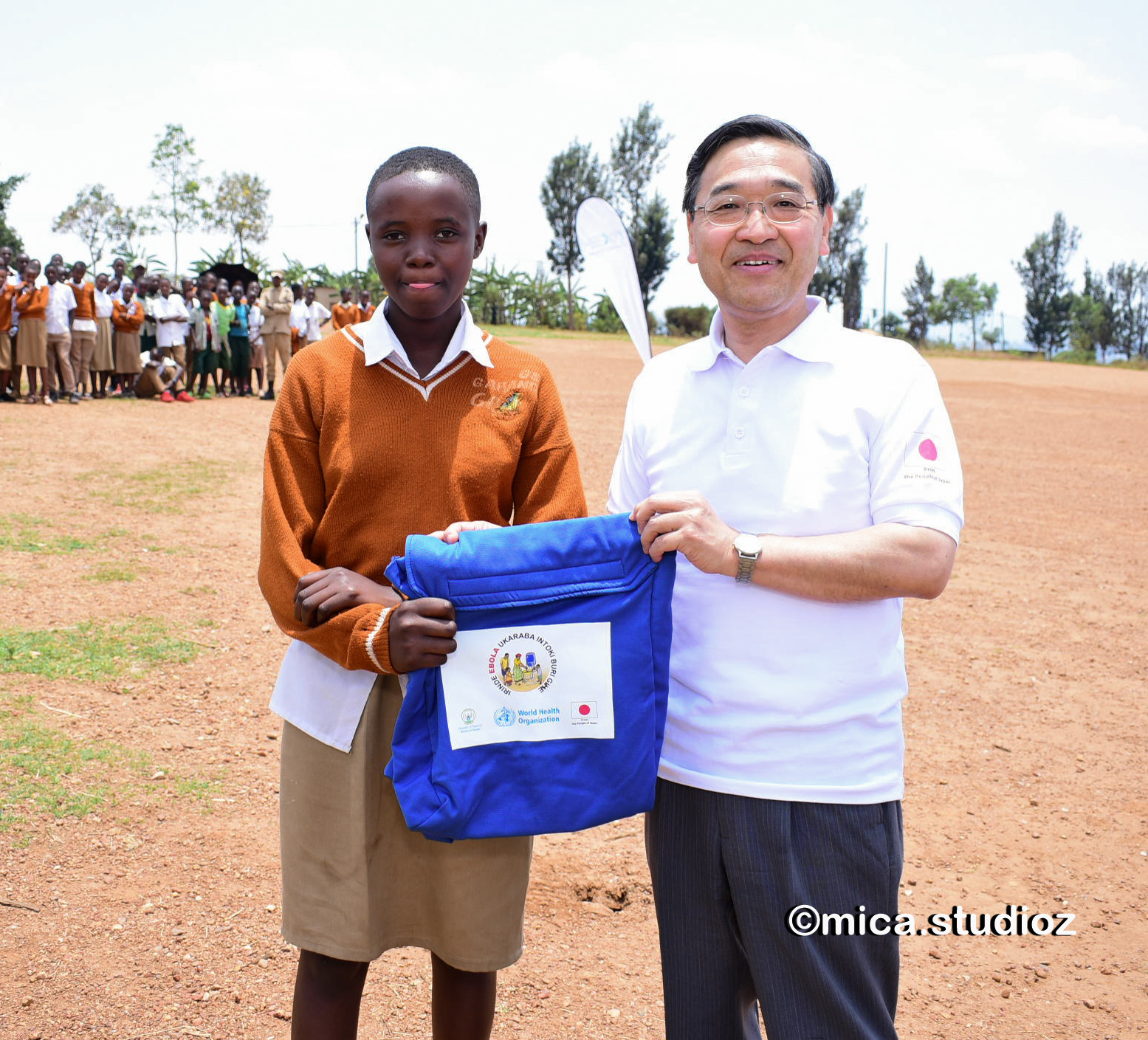 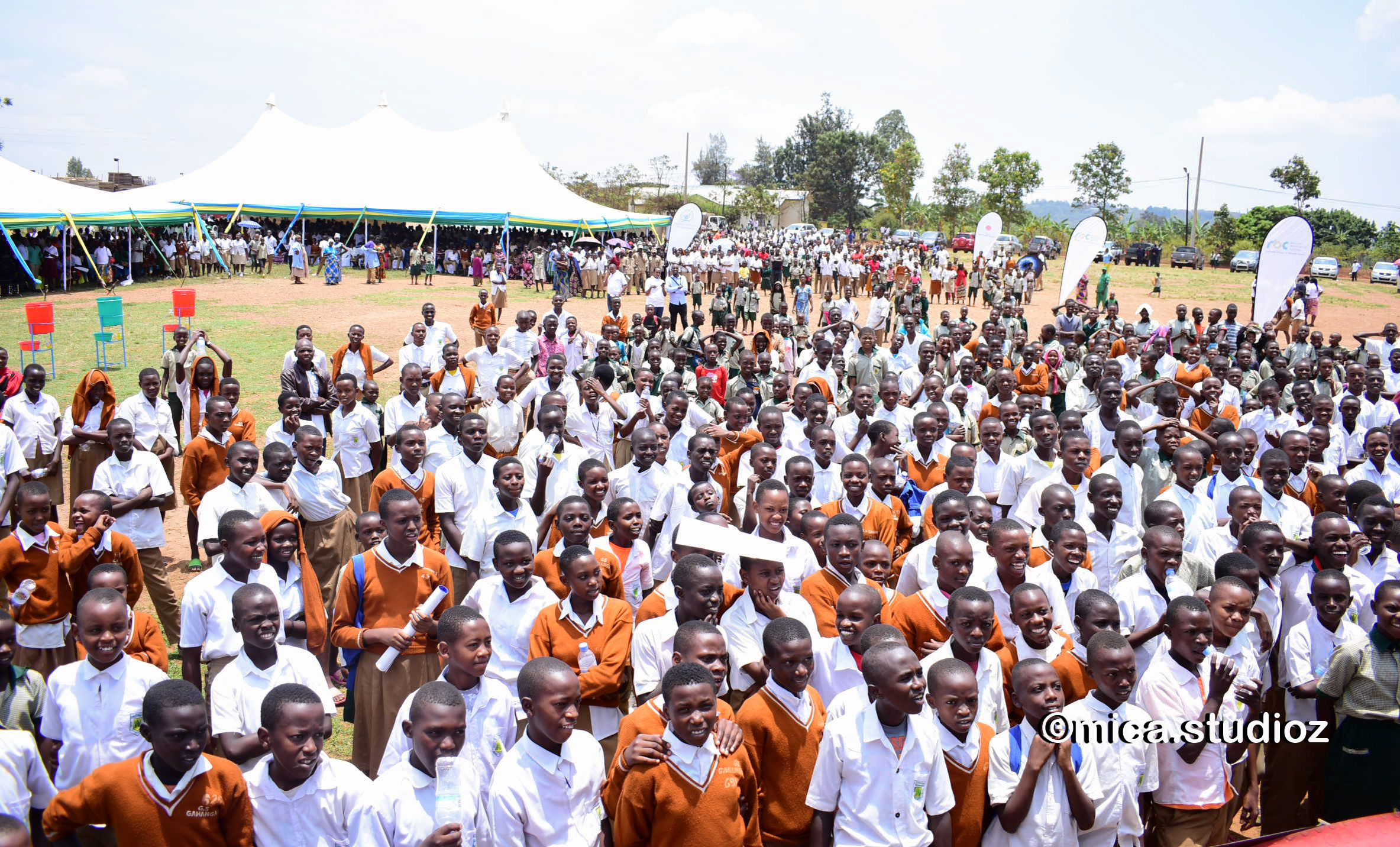 The event included the distribution of educational materials on the spread and prevention of the Ebola virus. It focused on increasing EVD community mobilization and mass media communication and the cooperation from the people of Japan with the aim to strengthen partnership, promote cooperation and coordination for preparedness and readiness for EVD and other Public Health concerns. Communities and school children of the Sector were present and participated also in a quiz on Ebola Virus Disease. The winners received awards. 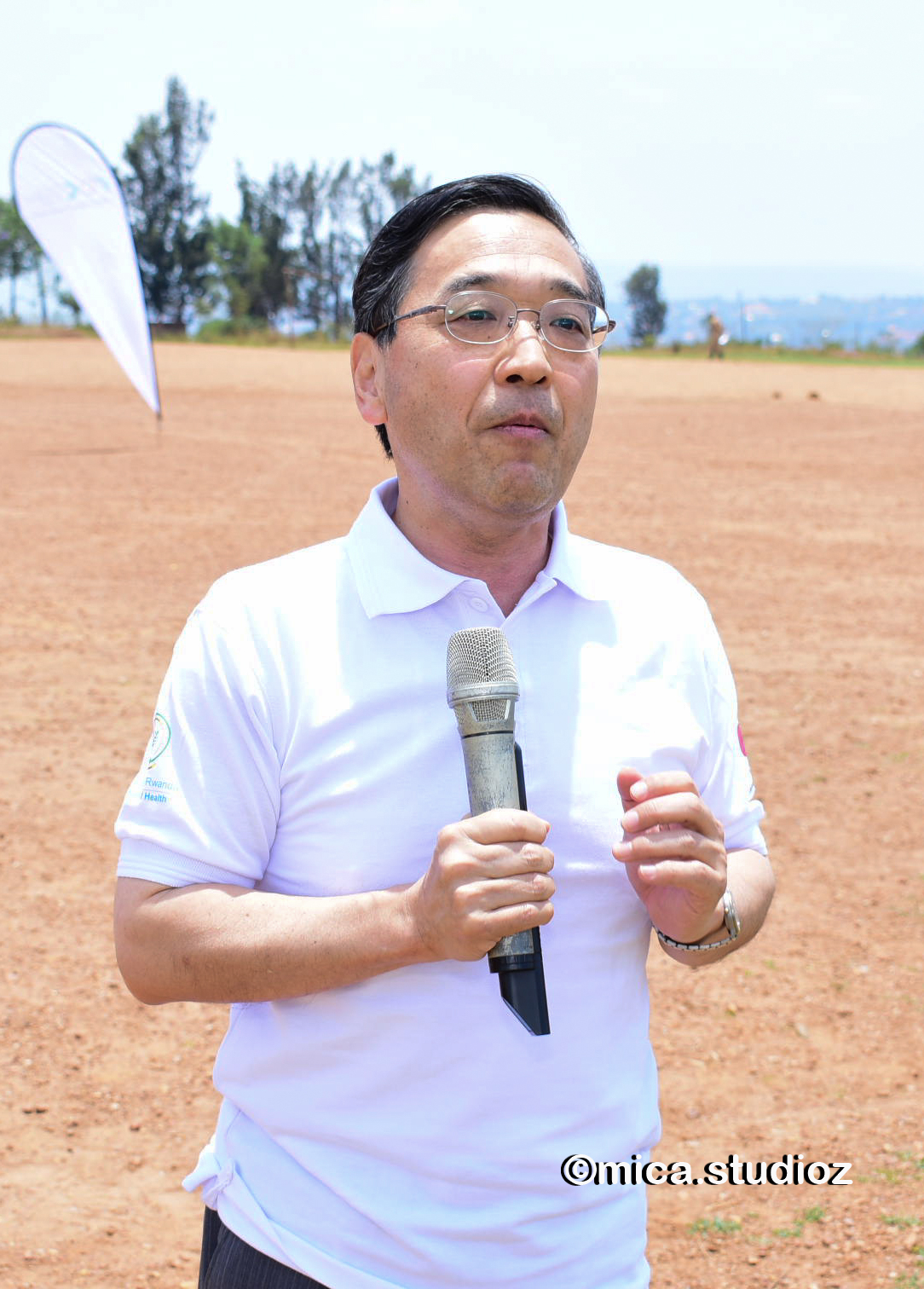 This event is a part of a WHO project of USD 1million which was founded by the Government of Japan to strengthen the capacity of Rwanda at national and district level to prevent, timely detect and effectively respond to possible spread of the 2018 Ebola virus disease(EVD) outbreak from DRC, as well as to ensure capabilities for detection and response to the other priority public health emergencies outlined in the National Action Plan on Health Security.

“The Government of Japan focuses on development cooperation to protect and empower individuals, and realize human security. We understand how important it is to prevent EVD outbreak before it happens in Rwanda and it is a great honour for us to contribute to EVD prevention,” said the Japanese Ambassador.

“We express gratitude to the Ministry of Health and the WHO Rwanda for carrying out this important project.” He added. 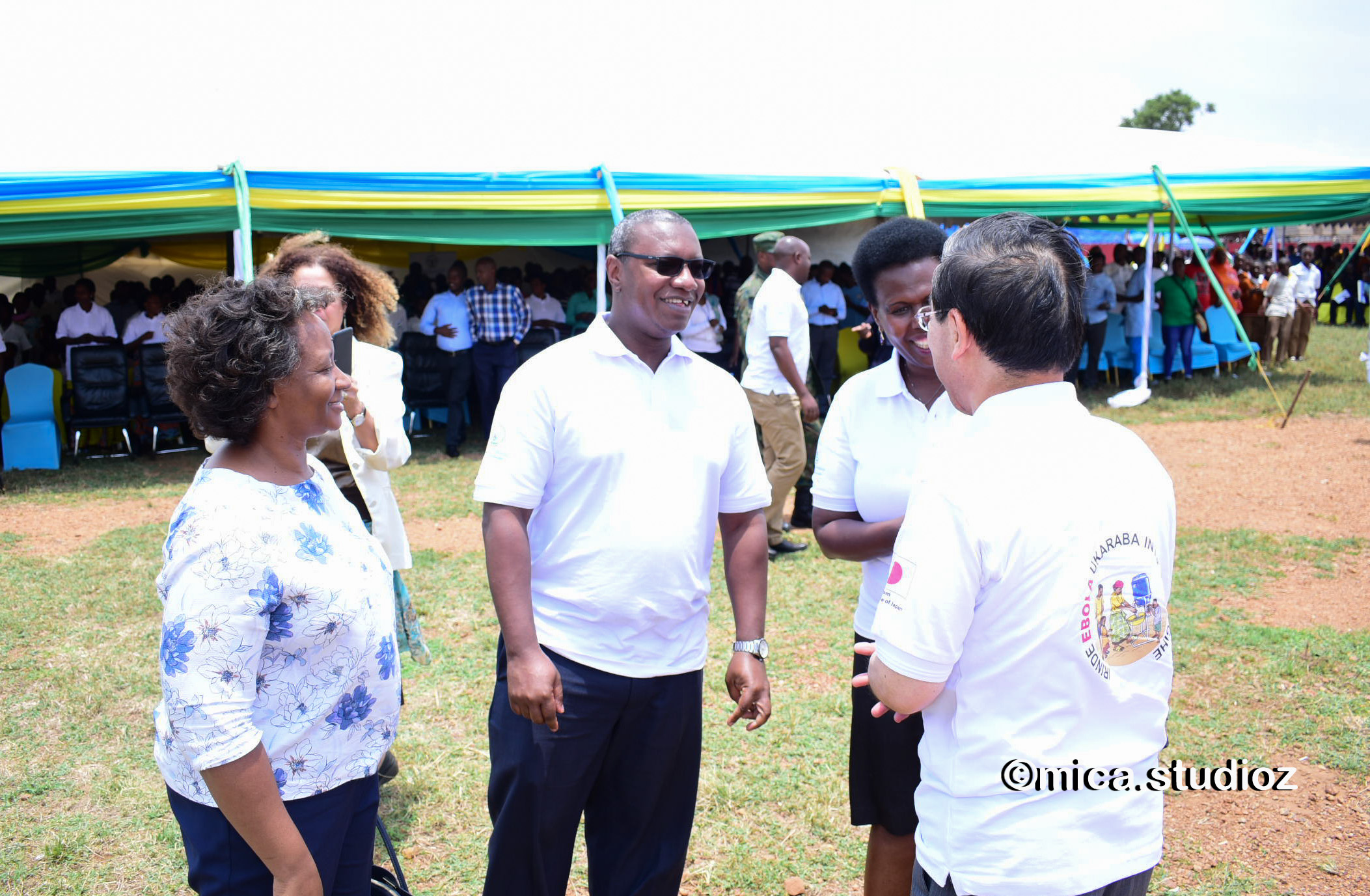 State Minster for Health, Dr. Patrick Ndimubanzi said community engagement in Ebola preparedness is was so important and the sure way to overcome the epidemic in case an outbreak happens. He called on Rwandans to be keen on Ebola symptoms while practicing a hygienic lifestyle.

“Wash your hands with clean water and soap at all times, report any suspected ebola victim to the nearest health centre, don’t touch a person with Ebola symptoms,” advised Dr. Patrick Ndimubanzi. 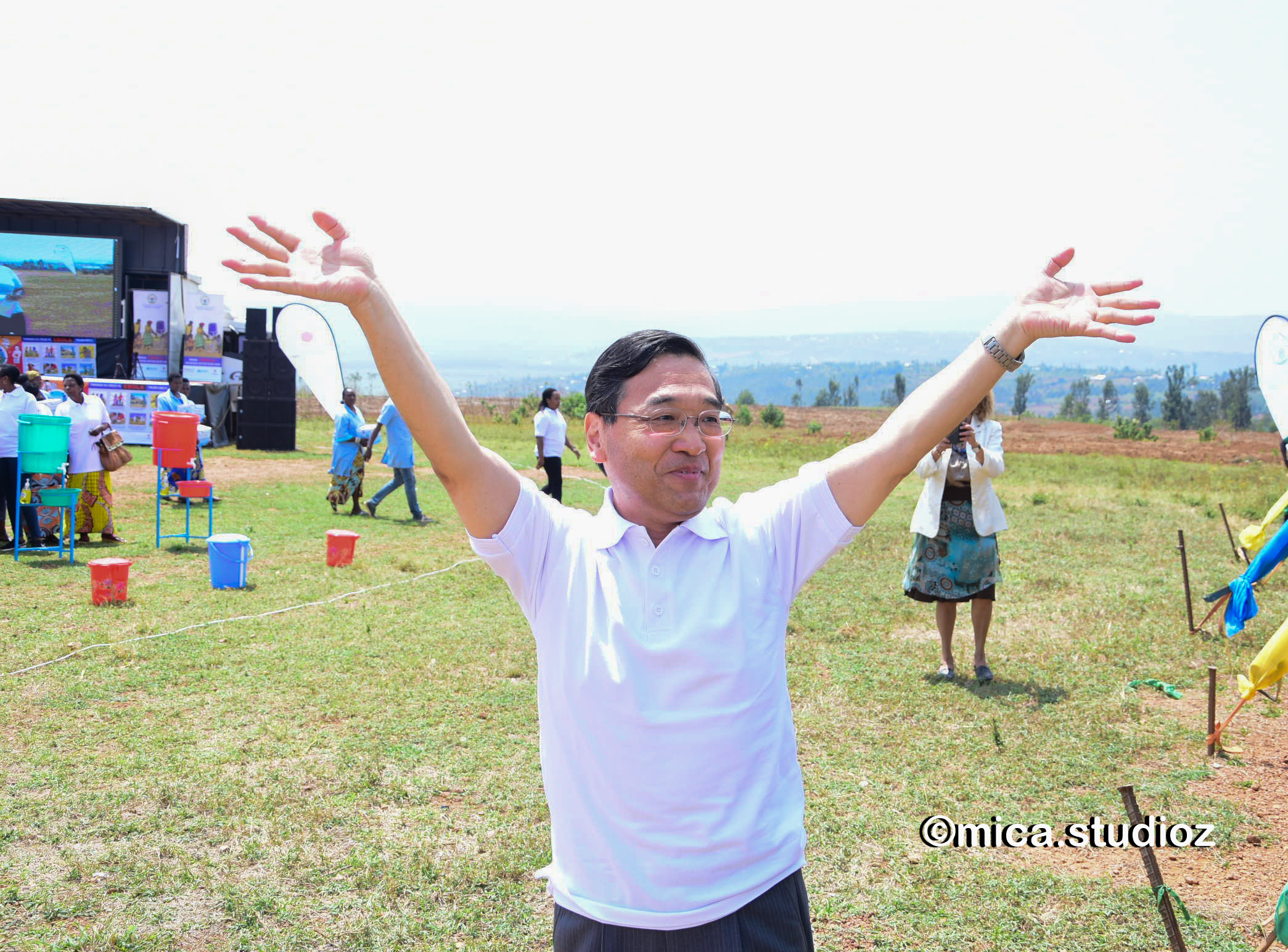 Since 1 August 2018, when the Ministry of Health of the Democratic Republic of the Congo notified WHO of a new outbreak of Ebola virus disease (EVD) in North Kivu Province, in the eastern part of the country, the Ebola virus has killed thousands of people in the DRC.Rwanda is bordering the DRC with some districts being near to the Ebola affected areas. The Government of Rwanda initiated preparedness mechanisms to minimize the risk of importation/cross border transmission of EVD as well as ensure an effective response. Risk Communication and Community Engagement is one of the pillars of preparedness and outbreak response.