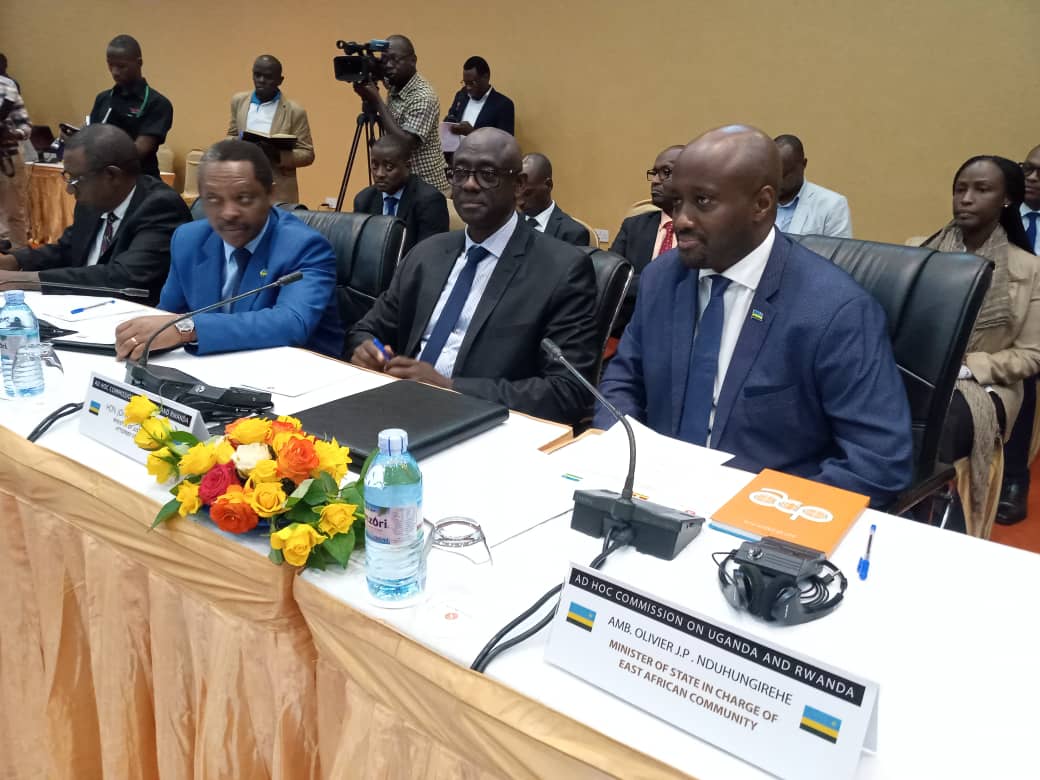 The second meeting of the Ad Hoc Commission on the Implementation of the Luanda Memorandum of Understanding between Rwanda and Uganda took place in Kampala, Uganda on Friday.

By press time, the meeting was still ongoing behind closed doors but KT Press has come across the 7 key issues Rwanda raised during the meeting at Speke Resort and Conference, Munyonyo, on the shores of Lake Victoria.

While taking stock of the progress made since the signing of the Luanda agreement, Minister Nduhungirehe said the only positive development so far since the first meeting of the Ad Hoc Commission in Kigali, is that Rwanda received amendments from the Ugandan Government on the Extradition Treaty between our two countries –something he said appreciated.

He said Rwanda is also working on the amendments and believes that the two countries will soon agree on the final text. Besides that, Rwanda maintains there are no other positives to look forward to and here is why.

During the Kampala meeting, the Rwandan delegation said that there has been lack of commitment by Uganda in the implementation of the Luanda MoU and the Kigali Communiqué.

Minister Nduhungirehe said that instead of working on the recommendations of the agreement, Rwanda has seen an escalation on the most contentious issues that Rwanda has repeatedly raised, with Uganda and with the facilitators.

Rwanda maintains that Uganda continued to offer support to armed groups attempting to wreak terror on Rwanda. Operatives and leaders of these groups continue to receive facilitation and safe passage in Uganda including by senior officials of the Government, Rwanda said.

To cite an example, Minister Nduhungirehe said that during the night of 3rd leading to 4th October 2019, a deadly terror attack was carried out by a militia group known as RUD-Urunana, in the Kinigi sector of Musanze District, Northern Province. 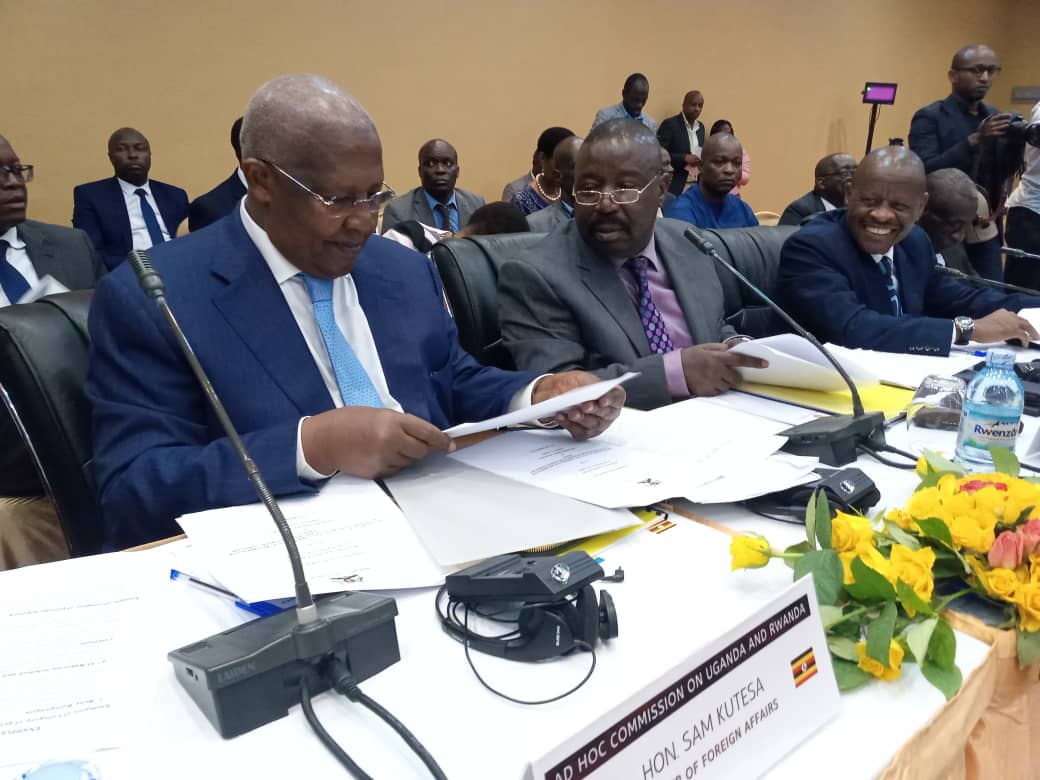 An assortment of material evidence, including phone handsets, and testimonies of captured attackers, was collected.

“One Ugandan telephone number appeared to have been in contact with the attackers both before and during the attack. And this number has been found to belong to the Hon Mateke Philemon, Uganda’s Minister of State for Regional Cooperation,” Nduhugirehe told the meeting.

Revealing some details unknown before, Nduhungirehe said that following the attack, three of the attackers fled to Kisoro District in Uganda, where they stayed briefly, then were evacuated to Makenke Barracks in Mbarara District and later transferred to the CMI headquarters in Mbuya, Kampala.

Rwanda’s High Commission in Uganda sent a note verbale on the issue on 14th October 2019. It remains unanswered to date.

Rwanda said this represents extreme escalation and unprovoked aggression.  Nduhungirehe said that as always, Rwanda did, and will continue to observe and exercise maximum restraint to give a chance to peaceful resolution of this crisis.

Continued arrest of Rwandans in Uganda

Another key issue raised by Rwanda is the continued arrest and illegal detention of Rwandans in Uganda which has not ceased despite the Kigali Communique which called for the immediate release of Rwandans detained in Uganda and to cease arrests.

The delegation head said that arbitrary arrest and illegal detention of Rwandan citizens in Uganda have continued, unabated, during the same period.

“Indeed, since the signing of our agreements over the past months, not only are hundreds of Rwandans still detained illegally in CMI jails and safe houses in Uganda, but others are still being rounded up and abducted,” Nduhungirehe said.

“As an example, just two weeks ago, on Monday 25th November 2019, more than 150 Rwandan citizens, who were living and working in Uganda, were rounded up in Kisoro District, and a few of them – 33 – were dumped at the border. The reason, as always, again, for this is because these people are Rwandan,” he added.

Beyond the continued support to armed groups and continued arrest, detention and torture of Rwandan citizens, Rwanda said that there is also an escalation of hostile propaganda in the Ugandan media targeting Rwanda.

“I must tell the press, here present, that by signing the Kigali Communiqué on 16th September 2019, Uganda and Rwanda didn’t intend to prevent media from critically covering this crisis, by using facts and their own analyses, whether we like them or not,”

“However, we were disappointed to note once again that over the past months, the Ugandan media, including State-owned media, continued to spread demonstrably fake news about our country, our President and our Ministers, while praising our enemies. This is against the letter of the Kigali Communiqué and against the spirit of the Luanda MoU,” Nduhungirehe reminded the meeting.

Another issue raised by Rwanda is that Uganda has made the misunderstandings about the border closure instead of addressing concerns raised by Rwanda. As the two countries work on the implementation of the Luanda MoU, Rwanda says Uganda should avoid reducing this crisis to a “border closure”, which Nduhungirehe said it is not.

The Rwanda delegation further noted that the crisis is about State sovereignty and security, as well as good neighbourliness; it’s about fundamental human rights and freedoms, including the right to life and to physical integrity; it’s about free movement of people, goods and services; it is about an unprovoked toxic environment, imposed on us by the Republic of Uganda, in which integration cannot thrive.

Rwanda further said that the “unfortunate situation” has become a serious impediment to trade between the two countries.

“How can we trade when Rwandan businesspeople who legally cross the border are systematically arrested, tortured, with confiscation of their goods, shops and belongings?”

“How can we claim that free movement of goods and services is guaranteed, while free movement of people is impeded? The real border closure is exactly that! It’s the illegal arrest and detention of the very people who carry out trade,” Nduhungirehe said.

By press time, the meeting was still ongoing. KT Press will keep you posted.