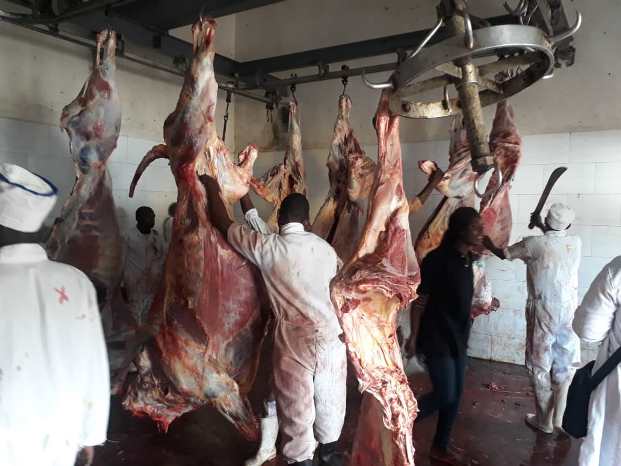 Whether there are still vegetarians in the city is now debatable.

Butcheries from across the country have experienced an exceptional high demand this Christmas, and, forget the usual complaint of  food commodities dealers – that “sells are down these days’, the butchers agree that they are the best sellers this festive season.

Highest demand was recorded in Rubavu district and no wonder; this is attributed to the already big potential market of the neighboring Democratic Republic of Congo (DRC) where meat is probably the staple food.

By 10 am on Christmas, an estimate 460 cows had been slaughtered at the three main butcheries of Mahoko (45)Rubavu, cooperative COADU(180), all championed  by Rubavu(236).

Our reporter says that of all these, only 20 cows were eaten by Rubavu residents, while the rest was exported to Goma.

Back to the capital city – Kigali which hosts the biggest butchery – Nyabugogo in Nyarugenge, which is the Kigali’s Central Business District (CBD), the number of cows that were slaughtered is estimated to 430 against 100 cows on normal days, according to Gerald Mugire, an official from the butchery.

This is on top of 200 goats that were slaughtered.

Also the goats’ meat lovers could be identified in Muhanga, southern province where 400 goats were slaughtered against 60 cows and 40 pigs. 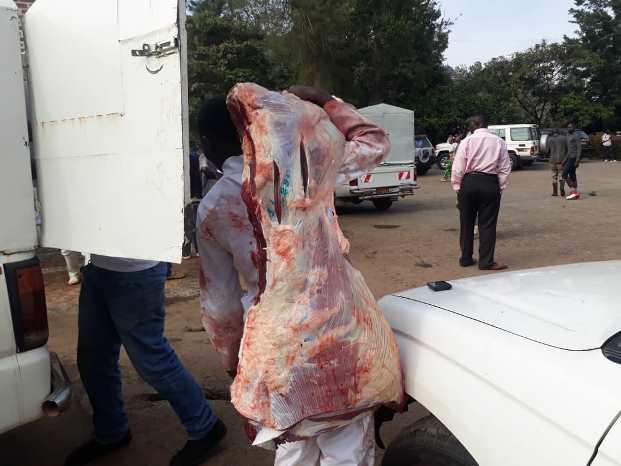 These are figures from city butchery only. The manager told our reporter: “We are concerned that many more cows were slaughtered in villages, which would not give us a much bigger turn out.”

In this district, like in other areas of the country, citizen in their villages organize themselves, raise fund for a beef to slaughter on Christmas.

This just serves as a reminder; in many parts of the country, everyone is theoretically ‘vegetarian’ except on Christmas.

In Huye district, another secondary city in Southern Province, 68 cows were slaughtered in Matyazo, the main butchery of the city.

Also secondary city from Eastern Province, Nyagatare town slaughtered 40 cows and it should be reminded that, the home to Ankolle cows and huge pastures which is now adjusting to modern farming, the region is the biggest stock of cattle in Rwanda.

In Gakenke district, the butchers reviewed the number of cows upward, too. Normally, they slaughter 12 cows, but the number increased to 38 cows on Christmas.

The Beauty of Kigali During the Festive Season