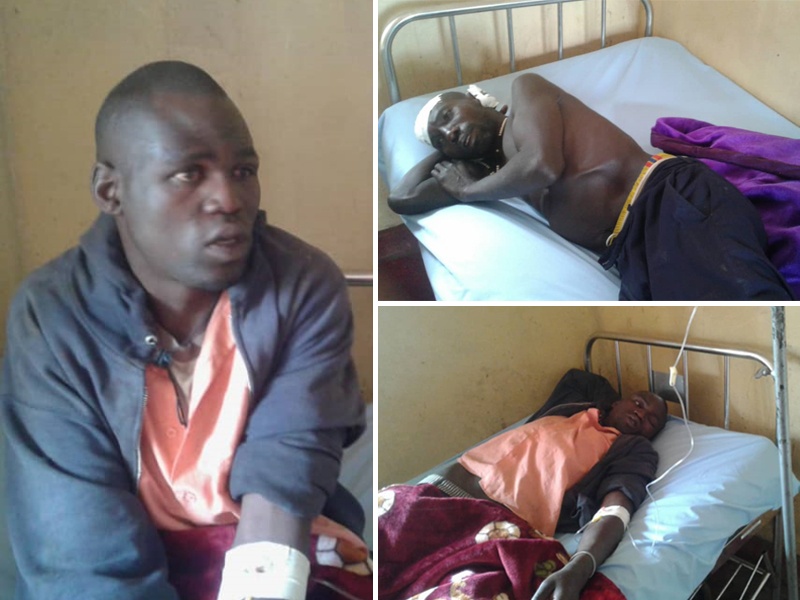 In the Hospital: Rwandans allegedly tortured by Ugandan security. Today’s meeting is expected to discuss the issue.

As the Rwanda delegation prepares to meet their Ugandan counterparts at Speke Resort Munyonyo in the Ugandan capital Kampala, for talks to resolve the long standing Rwanda-Uganda crisis, more Rwandans are dumped at the two countries’ frontier, showing signs of torture and other ill treatment.

As the Rwandan delegation led by State Minister Olivier Nduhungirehe arrived in Uganda, their compatriots were being taken to a hospital in Musanze district, Northern Rwanda, for treatment for severe injuries they say were a result of torture at the hands of Ugandan security forces.

In what has become a familiar pattern, the Rwandans were dumped at the Cyanika border with Uganda, and were only picked by Rwandan officials who rushed them to the hospital. They are still in critical condition.

Surprisingly, those tortured include a Ugandan who was rounded up among Rwandans.

The AdHoc Commission set up by Rwanda and Uganda to follow up on the implementation of the Luanda Memorandum of Understanding is set to convene shortly in Kampala after several postponements.

The Luanda Agreement signed in August under the auspices of Angolan President João Lourenço sought to resolve tensions between the two countries but Kigali says Uganda has not showed the goodwill to act on Rwanda’s concerns.