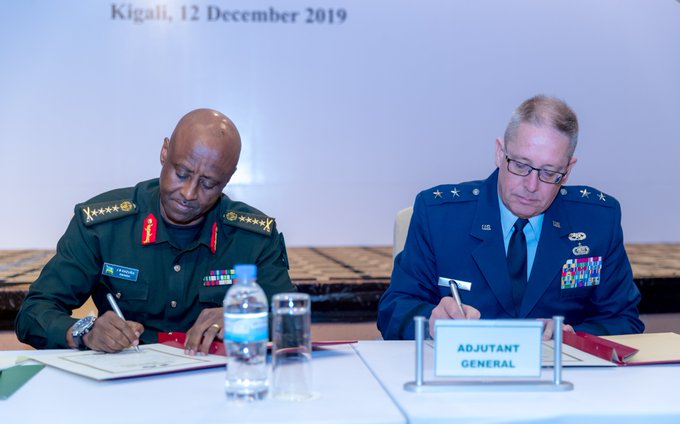 Rwanda Defence Force (RDF) and Nebraska National Guard have signed an agreement which will enable the two parties to collaborate in sustainable peace and development activities.

This formalizes Rwanda and Nebraska as the newest partners in the Department of Defence’s State Partnership Program (SPP).

In the partnership, Nebraska National Guard will lay the foundation for a long-term relationship by sharing expertise in emergency and disaster response, as well as strengthening cooperation in peacekeeping operations and readiness.

Nebraska, is home of Famous Nebraskan Philanthropist–Howard Buffet who has invested in Rwanda’s agriculture development. It is also home to 200 Rwandan students in Nebraska University. 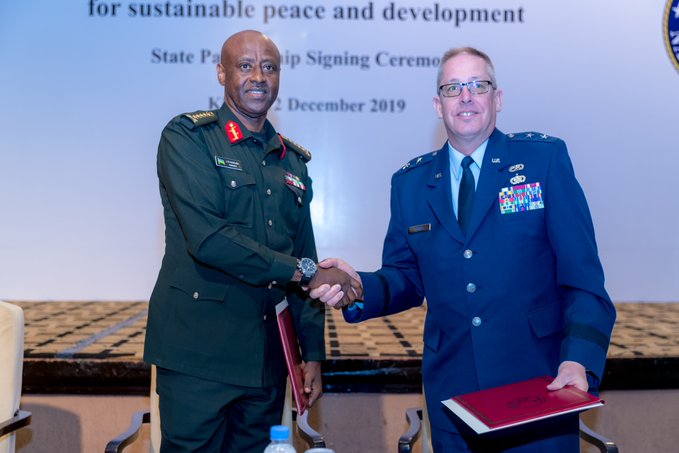 General Bohac revealed that initially in the partnership, they will support Rwanda with technical support for engineering, logistics, aviation and development of the enlisted soldiers.

“We are the ones who invited Rwanda in this partnership and we want to learn how they have managed to maintain a very good peacekeeping operation of which we don’t have in the US,” said Gen Bohac.

In the deal, Rwanda is looking at getting support in the area of emergency response services which is a shared common factor affecting both communities.

Nebraska, just like Rwanda, is prone to natural disasters such as floods.

Recently in March 2019, the Nebraska National Guard was called to intervene in a major flood disaster which killed at least three people and caused at least $3 billion in damages of property and infrastructure.

The United States Ambassador to Rwanda, Peter Vrooman, said that the partnership will enable the US to learn from the Rwandan experience of implementing ambitious goals which he described as a ‘nation that punches beyond its weight’.

On behalf of Rwanda Ministry of Defence, General Kazura said that the partnership is a result of each party needing each other and it will drive the longstanding partnership of the US government and Rwanda to another level.

“We can only make this partnership successful if we put our efforts together and look at the future of our countries and the people of this world. We have the means, determination which can enable us to make a better peaceful world,” Kazura said. 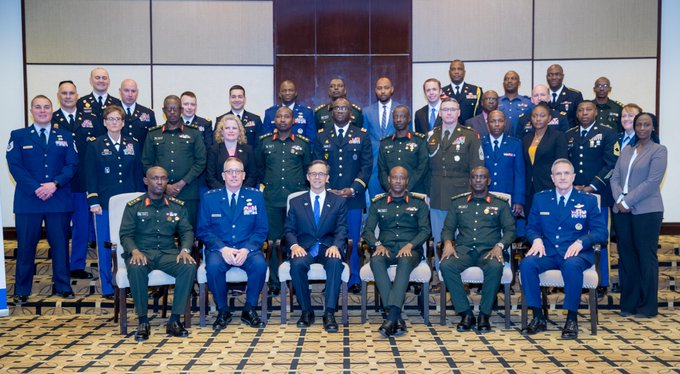