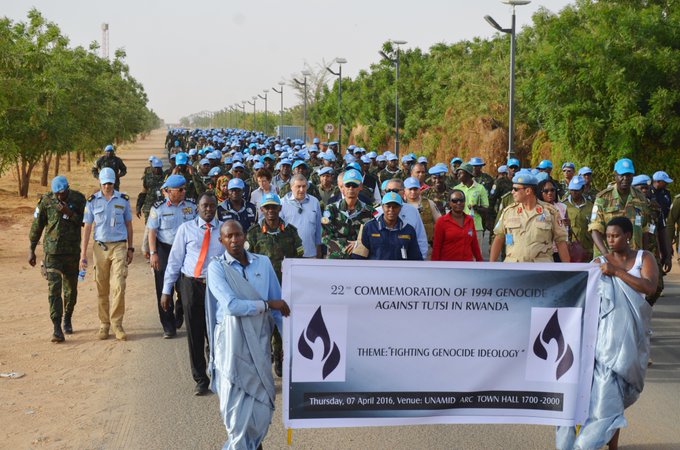 French dictionary and encyclopedia publisher Larousse has come out to explain the motive behind a misleading definition of the 1994 Genocide against Tutsi.

Larousse, in its Larousse junior early this year, referred the 1994 Genocide against Tutsi as ‘civil war’.

The umbrella organisation of survivors of the 1994 Genocide against the Tutsi –Ibuka protested against the article in question which is said to be minimising and denying the genocide.

Ibuka had issued a notice to sue the Paris-based publisher if they don’t retract the article.

In a letter dated January 9, 2020, Lisa Laïk, the Larousse Editions’ lawyer, defended that their main editions are straight about the definition of the Rwandan tragedy as being the 1994 Genocide against Tutsi.

She, however, added that using the word ‘civil war’ in the Larousse Junior which targets children of 9-11 years of age was intended to “simplify” it for them.

“In the Larousse Editions, we precisely use the 1994 Genocide committed against Tutsi be it in the dictionary and the encyclopedia pages dedicated to Rwanda,” part of the letter reads.

“However, for editions dedicated to children, the format that intends to communicate to children differs from what is intended to the General public. For children, we try to make a condensed form easily understandable to the children.”

While the lawyer stated in the letter saying that Larousse was ‘disappointed’ that their text offended the Rwandan community, she promised that in the next editions, “we shall integrate in the Larousse Junior 7-11 year the concept of the Genocide committed against Tutsi.”