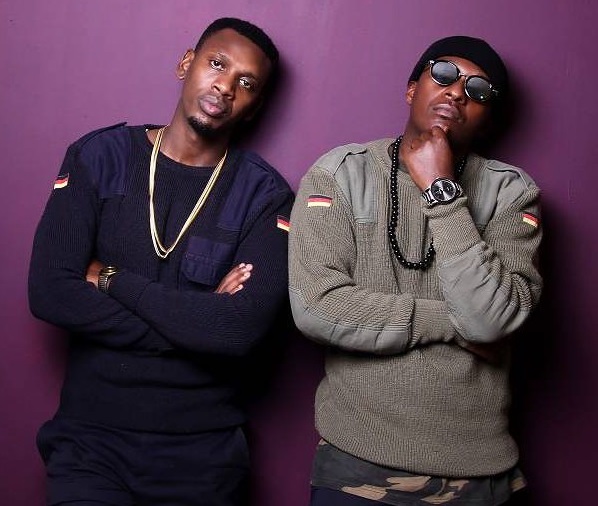 After 11 years working, sleeping together as brothers and walking side by side Afro beat dual TMC and Platini are showing breaking up signs as Platini hits the studio alone.

Dream Boyz is one of the surviving music groups in the industry who has managed to avoid partying ways scandals after breaking up of Urban Boyz, Tuff Gangz and Two 4real, but it seems patience is running out this year.

Late 2019, Platini Nemeye one of the half of the group hit the studio and released a single Yamotema featuring Nel Ngabo which clearly showed his solo career ambitions. Although the group remained tight lipped but among the fans it wasn’t a good gesture towards the group’s reputation.

Platini didn’t stop from there to open eyes for music lovers as early January he travelled to Tanzania to meet up with Ravyvan for a possible collabo and he quickly posted a picture on instagram which indeed sparked the rumors on social media for breaking up of Dream Boyz.

The rumors put pressure on TMC to clear the air for confused fans who were demanding answers from all angles and his response either wasn’t convincing.

“I didn’t know he is in Tanzania but he has his own privacy to travel. No we did not part ways unless Platini told you so,” TMC told Kigalitoday.

This is not the first time rumors of Dream Boyz breaking up hit the nation as in 2014, TMC was planning to relocate to Europe for further studies secretly but when his trusted friend leaked the move to media, the latter explained publicly that he had got a scholarship but turned it down because Dream Boyz had unfinished work.

Although none of the group members admitting that Dream Boyz is over, Platini continues to show that he has moved on. As we wait for Rayvanny project, Platini has a new single coming out soon with defected The Mane singer Safi Madiba.

Platini and TMC started singing as Dream Boyz in 2009 and through years, they have managed to accumulate riches, fame and made hits across the country together.