Over 2000 Vulnerable Mothers to Get Free Fortified Foods 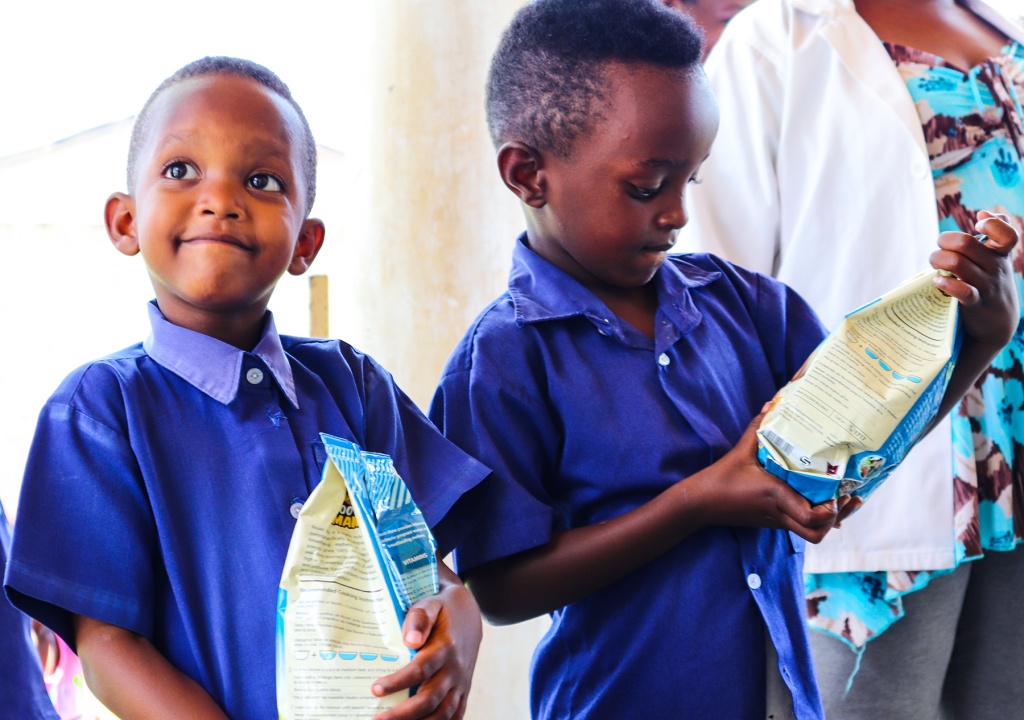 Jacqueline  Murakatete, a tailor in Nyabisindu cell, Remera sector of Gasabo district inthe capital Kigali, was, four years ago, devastated by giving birth to a premature baby girl as a result of not having proper diet foods during pregnancy.

In her view, this incident was caused by a situation in which she was undergoing stressful moments caused by lack of a daily income, food and accommodation after she was abandoned by her husband.

The stress resulted into giving birth to a seven month child weighing 1.5 kilograms, and she had to spend more time in the hospital until the child gained some weight.

A normal new born child weighs between 2.5kgs to 4kgs.

“It was not easy to get balanced diet while I was pregnant. Sometimes I wouldn’t get clients and that meant going without food. This could have been one of the reasons why I had a premature birth,” Murakatete told KT Press.

With the help of Christian Life Assembly (CLA) Church under its outreach program, Murakatete joined a group of 2000 vulnerable women supported by the church to get free maternal pregnancy tests, treatment, counseling services and tips on good feeding.

This service helped her to give birth to a second but healthier child than the first born.

“After the first incident, things changed since I learned how to feed well using greens, Irish potatoes and sometimes protein food and milk,” she said.

Murekatete’s story is shared by many women in the remote slums of Nyabisindu, according to Ishimwe Marie Yvonne, Head Midwife and a Nurse at Inganji clinic in Nyarutarama which gives almost free health care to Nyabisindu women slum dwellers.

At the outreach center, Ishimwe says that they receive at least 20 pregnant women daily who are treated at Inganji clinic with cost coverage of 90% of the charges of what other pregnant women would pay with general insurance coverage.

“For instance one of these pregnant women can pay Rwf5000 to give birth at a high end clinic which would normally charge over Rwf150, 000 and they also pay Rwf4000 for checkup instead of Rwf40,000 as for other women,” Ishimwe told KT Press.

Ishimwe says that women in the area have problems with affording health care, but the funding for the outreach programme can only afford their treatment and checkups, but not feeding the mothers – yet this is an essential component for a health birth.

On the offset, the two organizations handed over 27 cartons of fortified porridge meant for pregnant mothers in Nyabisindu sector, which were collected from AIF Staff.

“This campaign started as an internal arrangement where each staff, since they are privileged, would buy one Nootri packet and get one free, but donate the free one to this initiative,” said Amos Muhunde, the AIF Trade Marketing Manager.

“We are going to be announcing this campaign soon. We are thinking of approaching other corporate companies so that every company, individuals can create the impact we want in society,” Muhunde added.

If successful, this campaign could reduce the current malnutrition cases which stand at slightly below 38% in the country, and would add on the existing child school feeding programmes where children are given free milk, and efforts of Early Childhood development centers established at village levels to train mothers on feeding skills.

With annual production of 45,000 metric tonnes of fortified blended foods, AIF has since last year put aside 25 Metric tonnes of  Nootri family products worth $30,000 for  vulnerable people that are distributed in hospitals.

Nadine Mbabazi Teta, the brain behind this initiative and founder of Jesus Care for Kids (JCK) which already has provides fortified foods for mothers who have given birth in Kibagabaga hospital said that prevention is better than cure.

“If we all can commit one packet of fortified food, a liter of milk or bread or anything that can improve feeding of expectant mothers, we can avoid cases of premature birth and have healthy mothers,” Teta said.