Smoggy atmosphere in January? Yes, the air you are breathing could be containing pollutants scientifically known as particulate matter, which include carbon monoxide, sulfur-dioxide, and nitrogen dioxide, among others, which go directly into your lungs.

Rwanda is working around the clock to reduce the periodic poor air quality in Kigali – mostly due to vehicle emissions. According to the Ministry of Environment, the country recently adopted strict new Euro 4 vehicle emission standards which it hopes will tremendously cut down on emissions.

European emission standards define the acceptable limits for exhaust emissions of new vehicles sold in the European Union. The standards are defined in series based on when the vehicle was manufactured. Euro 4 refers to vehicles manufactured from 2005 upwards.

Over the last one week, the air quality in Kigali on some days was reported to be more polluted than Beijing’s, according to some applications and Twitter users. Unbelievable, right?

Yes, it is possible that in January, July and August during the dry season, Kigali’s air quality gets worse than that of Beijing, one of the biggest cities in the world battling pollution.

According to the Minister of Environment, Dr Jeanne d’Arc Mujawamariya, it could be true that one some days, especially during the dry season, Kigali can be more polluted than Beijing for a number of reasons but mainly because Kigali is more densely populated and the concentration of emissions is in one area.

“It has to do with the size. The size of Kigali is small and the volume of emissions can be concentrated in one place, which can suffer more pollutants unlike Beijing, a big sprawling city,” Mujawamariya explained, giving an example of Nyarugenge district being more polluted than Musanze, simply because cars are more concentrated in the Central Business District.

Beijing has made huge progress since 1998 to curb hazardous levels of pollution, among other things cutting down on burning coal and reducing vehicle emissions.

In 2013 Beijing adopted more systematic and intensive measures for air pollution control. By the end of 2017 fine particulate pollution (PM2.5) fell by 35 percent and by 25 per cent in the surrounding Beijing-Tianjin-Hebei region.

Over that period annual emissions of sulphur dioxide (SO2), nitrogen oxides (NOx), particulate matter (PM10) and volatile organic compounds in Beijing decreased by 83 percent, 43 per cent, 55 percent and 42 percent respectively.

So why should comparing Kigali’s pollution levels to those of Beijing be a big deal? On Tuesday, the air quality index in Beijing was at 134 for PM2.5, the small particles in the air that can be inhaled, while in Kigali it was at 153.

Time to get a mask? No, not yet. Despite the above results, Kigali’s air pollution levels remain much lower than Beijing’s, a city with a population of 21.54 million siting on 16,808 km², compared to 1.2 million people in Kigali, a city sitting on just 706 km².

The difference is that Kigali’s air pollution levels keep fluctuating between ‘healthy’ ‘moderate’ and ‘unhealthy’, depending on the seasons while Beijing’s remain consistent given the sheer size and population of the city.

In Kigali however, during the dry season, particularly January to March and July to August, air pollution levels tend to spike up due to a number of reason but even then, Rwanda Environment Management Authority (REMA) doesn’t believe that pollution levels can go above those of Beijing.

“My guess is that the mobile applications are not 100 percent accurate. Our ground stations which capture data every 5 minutes show that indeed pollution levels go up around this time but the only time we have seen “unhealthy” levels was on New Years’ Eve after midnight,” said Faustin Munyazikwiye, the Deputy Director General of REMA.

“On Tuesday, our duty stations captured data fluctuating between 101 and 150, which is ‘Unhealthy for Sensitive Groups’ yet the mobile applications captured 153, which is considered ‘unhealthy’. This is why we suspect that the apps are not 100 accurate,”

“But it is true, around this time of the year, air quality deteriorates for a number of reasons but mainly due to emissions from motor vehicles and industries in urban areas as well as burning of fossil fuels and shrubs in rural areas,” Munyazikwiye said.

He added the highest level of air pollutants captured in recent days was around 160 recorded on the night of December 31 going into January 1, suspected to have been smoke generated by fireworks and increased movement of people in motor vehicles on the festive days.

Munyazikwiye also explains that around this time of the year, people tend to clear gardens and bushes preparing to plant, burning the shrubs which also contribute to emissions. At the same time, north westerly winds blowing all the way from Tanzania upwards tend to carry pollutants which affect Rwanda.

“We have also noticed that the wind carries some of these pollutants from places like Tanzania where people burn vegetation and other emissions which end up in our atmosphere as the wind continues to blow in the north western direction. This is common during the dry season,” he says.

Minister Mujawamariya said that the two-wheeled motorcycles commonly known as ‘motos’, which are by far the most common means of transport, account for more than 60 percent of the emissions in Kigali, followed by public transport motor vehicles, private cars as well as small and medium industries.

“The motos are a big concern because the owners don’t do regular maintenance. They buy motos, put them on the roads and only repair them when they have a mechanical problem. Due to poor maintenance, motos emit a lot of gasses into the atmosphere, alongside cars,”

“This is why the Government of Rwanda is considering slowly switching from motorbikes and cars which use fuel to electric ones. We are giving incentives to usage of electric means of transport while at the same time encouraging people to use clean forms of energy such as LPG and electricity to cook instead of firewood,” Dr. Mujawamariya said.

She said that a cabinet paper limiting importation of second hand cars of a certain age is in the pipeline and will ensure that older cars which emit a lot of smoke do not enter the country.

At the same time, the government is set to toughen vehicle inspection measures whereby vehicles which are found to emit smoke above the accepted limits are denied a road worthiness certificate.

Other key polluters include small and medium industries which also emit smoke into the environment. Mujawamariya said a crackdown on these factories has been ongoing where those found to pollute the environment are closed until they put in place mechanisms to mitigate emissions.

“We are optimistic that these efforts together with other initiatives such as car free day will help to cut down on emissions as we transition to greener means of transport and energy even as the population continues to increase,” she said.

Dr Mujawamariya said that individual initiatives such as walking or riding a bicycle to work once a week and planting more trees can make a huge difference.

Last year, Rwanda did an electric vehicle trial with Volkswagen while electric motos developed by Ampersand and Safi Ride have been rolled out but according to Munyazikwiye, the transition to usage of electric means of transport could take a while given the requirements.

“It involves many things, including looking at the availability and affordability of electric means of transport, producing enough electricity and putting in place charging stations. It requires planning and a total overhaul of infrastructure,” he said, adding however that the necessary laws and guidelines for the transition have been put in place. 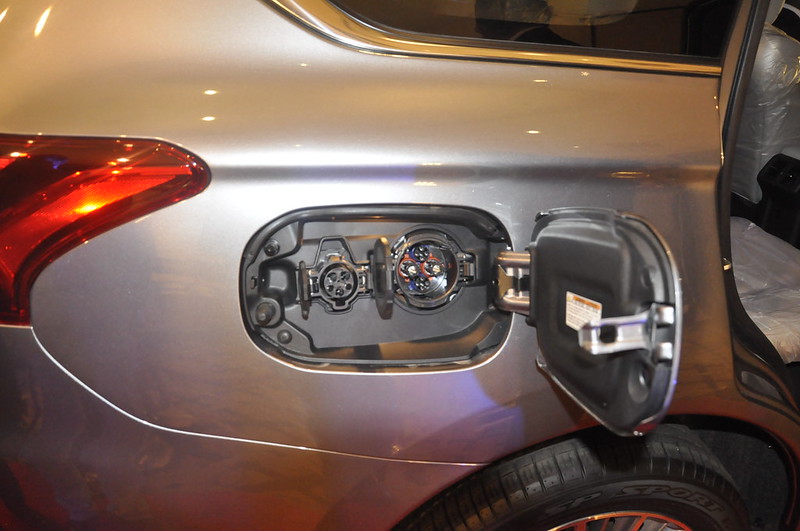 In 2016, Rwanda adopted a law government the preservation of air quality and prevention of air pollution while last year fuel and vehicle standards were adopted to supplement the law. According to Munyazikwiye, East African Community partner states have agreed to adopt similar standards in a bid to harmonise regulation of emissions.

Experts warn that if stringent apolicies to cut down emissions are not adopted by fast growing cities like Kigali, air quality levels will deteriorate to hazardous levels in the next decade.