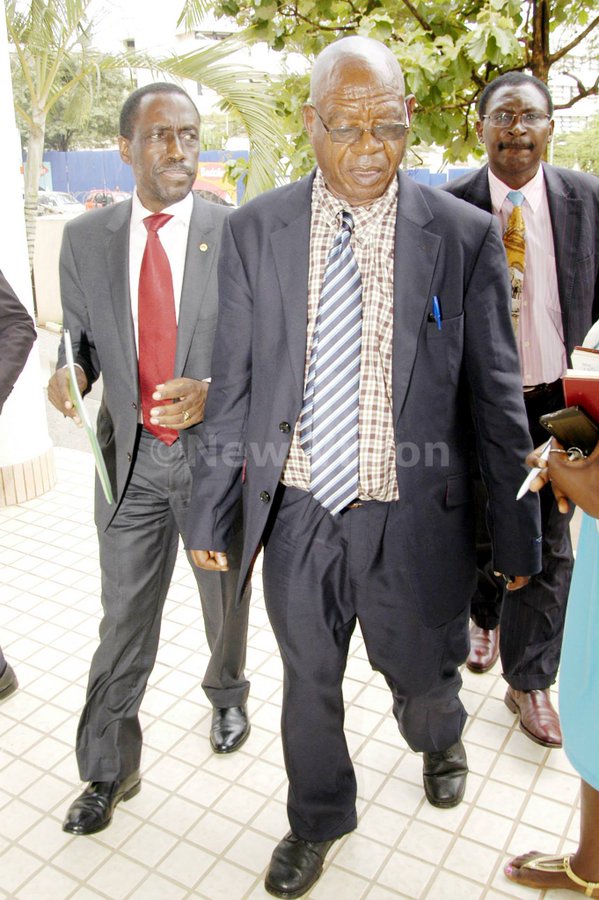 Rwanda says the Ugandan government should take steps to end the inflammatory statements by Uganda officials and articles published in the media that could set back the thawing of relations between the two countries.

This follows statements purportedly by Uganda’s Minister of State for Foreign Affairs in charge of Regional Cooperation Philemon Mateke on Twitter which Rwanda has deemed offensive and against the spirit of the Luanda Memorandum of Understanding.

Though there have been reports in Ugandan tabloids that the account is not run by Mateke, Rwanda believes that the elderly politician, who has been at the centre of fuelling and supporting armed groups fighting the government of Rwanda, should make an effort to distance himself from the inflammatory tweets.

Rwanda’s Minister of State for Foreign Affairs in charge of the East African Community (EAC), Amb. Olivier Nduhungirehe said that there are all reasons to believe that the tweets on the account reflect the views of the Ugandan Minister especially if he has not come out to distance himself from the posts.

Two tweets posted on Thursday and Friday directly attack the Government of Rwanda, with one claiming that Mateke warned his colleagues in the government of Uganda against negotiating with the ‘devil’.

“I warned colleagues that nothing good comes from signing a pact with the devil. Appeasement didn’t work for Chamberlain in 1938, and it won’t work for us. We release their criminals, and they repay by shooting our citizens like dogs! Time to respond to this condescending behaviour,” the tweet reads.

In the second tweet, Mateke talks about the shooting of Theogene Ndagijimana, a Ugandan, who was shot by Rwanda National Police officers last Saturday after he and two others were intercepted smuggling narcotic and illicit drugs in the country.

“The cowardly shooting of this boy (who by the way is from a stonethrow from my own village of Nyakabingo, Kisoro) is a sign that only one side is deescalating. The gov’t in K’la should tell the Bafumbira that it can’t protect them, that we are on our own,” another tweet allegedly posted by Mateke reads.

According to Nduhungirehe, the fact that the account is followed by the Uganda Ministry of Foreign Affairs and other government officials and the fact that Mateke has not come out to distance himself from it confirms that it belongs to him or reflects his position.

“If we recall well, in December last year when we put forward evidence of Mateke supporting armed groups attacking Rwanda, the account tweeted a statement responding to the accusations. It has also been quoted by Ugandan media including those spreading dangerous propaganda against Rwanda,”

“In any case, it is him to come out and say ‘this is not my account’. Otherwise we find these statements very dangerous, inflammatory and against the spirit of the Luanda Memorandum of understanding. These statements and others published through the media do set back the process we had started to deescalate tensions,” Nduhungirehe said.

Amb. Nduhungirehe said that the Ugandan government should take an initiative to deescalate inflammatory propaganda by officials and the media.

Following the shooting of Ndagijimana, the Government Chief Whip, Ruth Nankabirwa, while appearing in parliament asked government to clearly tell Ugandans whether or not to travel to Rwanda, for any reason.

Nduhungirehe said that the shooting of Ndagijimana was purely because he was engaged in criminal activities of cross border drug trade and fighting law enforcement officers on duty but Ugandan officials are using the incident to escalate tensions.

Mateke is accused by Rwanda of being behind October attacks by armed groups in Musanze and Burera districts in Northern Province on the night of 3rd leading to 4th October 2019.

The deadly terror attack was carried out by a militia group known as RUD-Urunana, in the Kinigi sector of Musanze District, Northern Province, entering Rwanda from eastern DRC, close to the Ugandan border and the Volcanoes National Park.

Most of the attackers were killed while some were captured alive and assortment of material evidence, including phone handsets, and testimonies of captured attackers, were collected.

In August 2019, President Paul Kagame and his Ugandan counterpart Yoweri Kaguta Museveni met in Luanda, Angola, where they signed a Memorandum of Understanding aimed at resolving tensions between Rwanda and Uganda.

Last month, Uganda released 9 of the many Rwandans detained inside Uganda, following a message from President Museveni sent through the special envoy Ambassador Adonia Ayebare to President Kagame.

In his New Year message, President Museveni said that he was committed to resolve bilateral issues with Rwanda.

Minister Nduhungirehe said that Rwanda remains committed to the peace process but acts of criminality will not be tolerated. He said the two countries will be meeting again to resolve outstanding issues though no dates have been set.