The same repo rate has been around for the last three years and the central bank argues that keeping the rate at this level will drive economic growth especially in the banking sector.

“The decision was informed by the need to promote the banking sector because we believe that the lower the lending rate the more banks will be able to avail loans at a lower rate with time,” said Central Bank Governor John Rwangombwa.

Rwangombwa was speaking at a press briefing this Friday, to present outcomes of the decisions made by the MPC that will drive the money market in the first quarter of 2020.

In retaining this lending rate, central bank also showed fruits of this move which indicated that banks have been able to reap big from this decision.

For instance banks had a growth in lending rates with an increase of outstanding loans from 10.8% to 12.6% while new authorized loans also grew by 20.1% from 17.2% of the previous year.

This also saw banks reduce bad loans (non-performing loans) from 7.6% to 6.4% as a result of a good economic performance, improve the collection of mechanism and writing off bad debts. 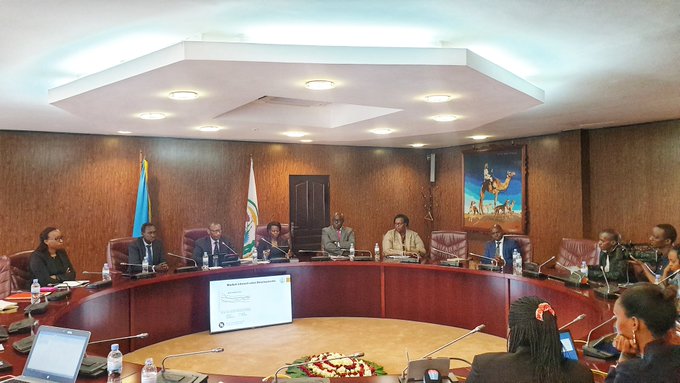 The profits in the financial sector looked promising between 2017 and 2019, with the banking sector making aggregate profits of Rwf76billion (from Rwf29billion in 2017), while microfinances made Rwf12billion (from Rwf2.4billion) and insurance increased profits from Rwf3.3billion to Rwf7billion.

The committee said that it will not predict the economic growth for this year, but the inflation rate is expected to stay around or slightly above the 5% benchmark compared to 6% from the last quarter of 2019.

Governor Rwangombwa said that the economy will be mainly driven by increasing investment in manufacturing, construction and services sectors just as it was in the previous year.

Meanwhile, for the first time, Central Bank announced introduction of the reverse repo system for banks to allow banks to borrow from central bank money in case the interbank lending has less money.