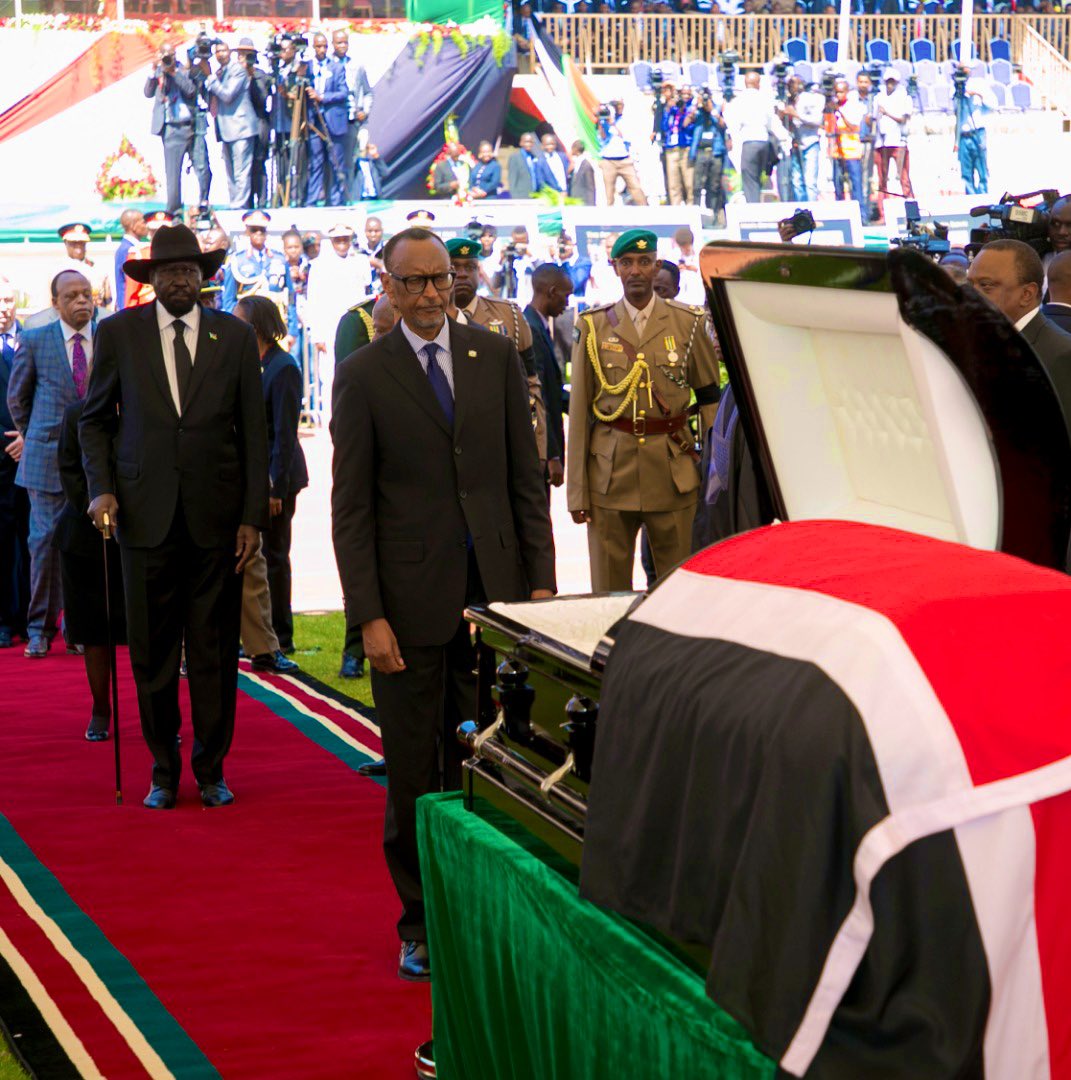 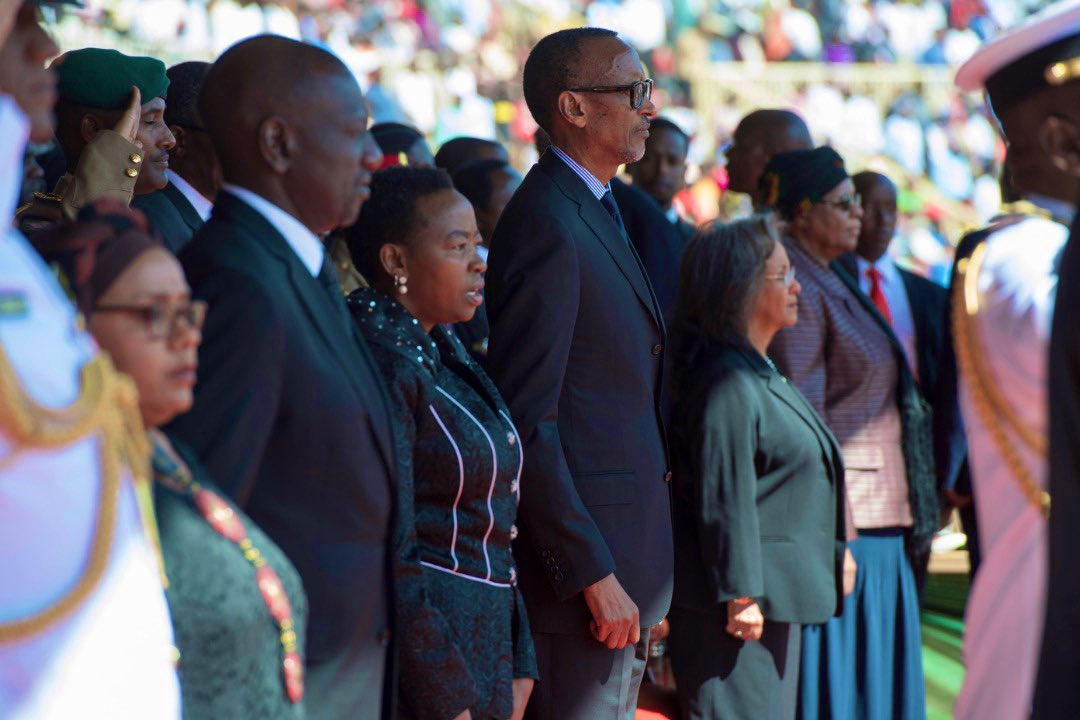 Thousands of Kenyans flocked Nyayo stadium in the capital Nairobi for the funeral service. The funeral service was characterized by full military honours including military musical honours and a 19 gun-salute. 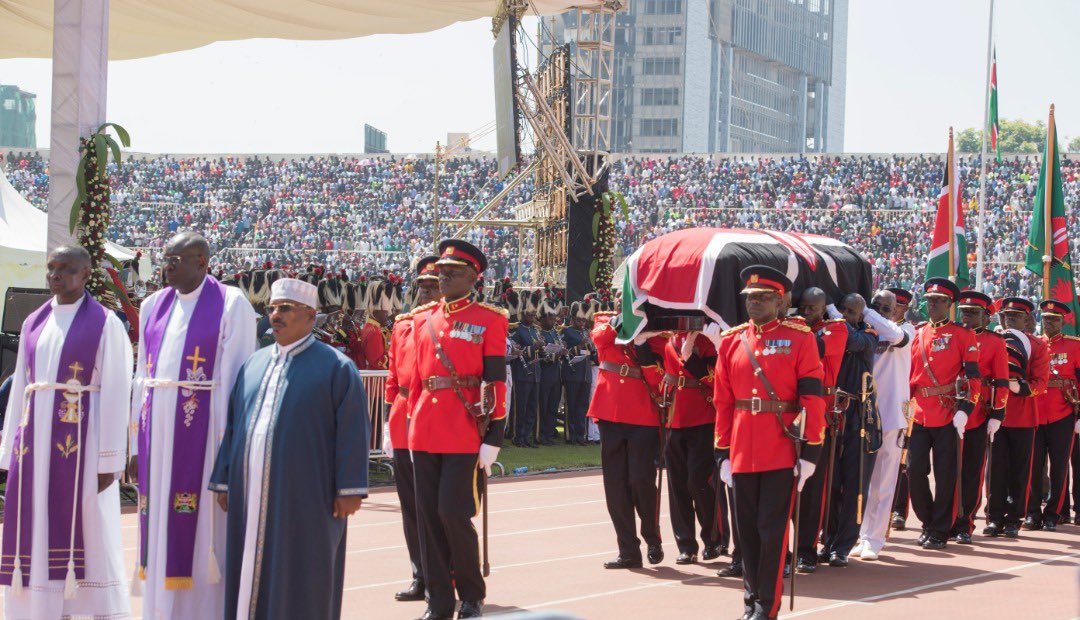