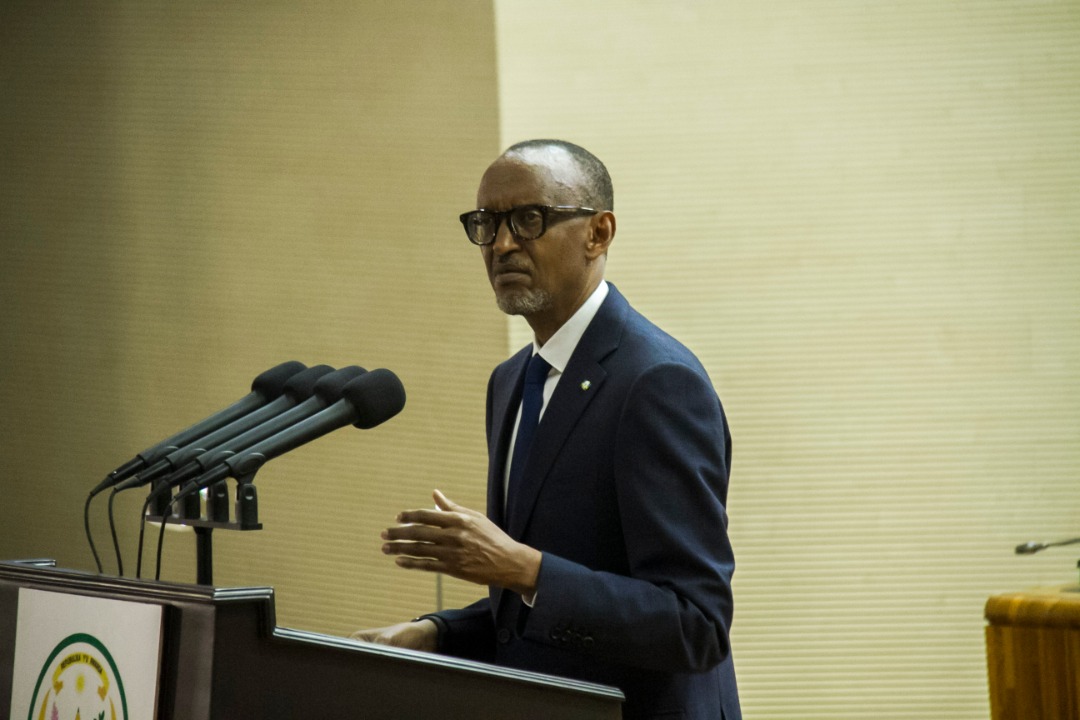 President Paul Kagame has urged newly sworn-in Ministers and Members of Parliament who took oath on Friday to put the interests of the country first ahead of their own interests. 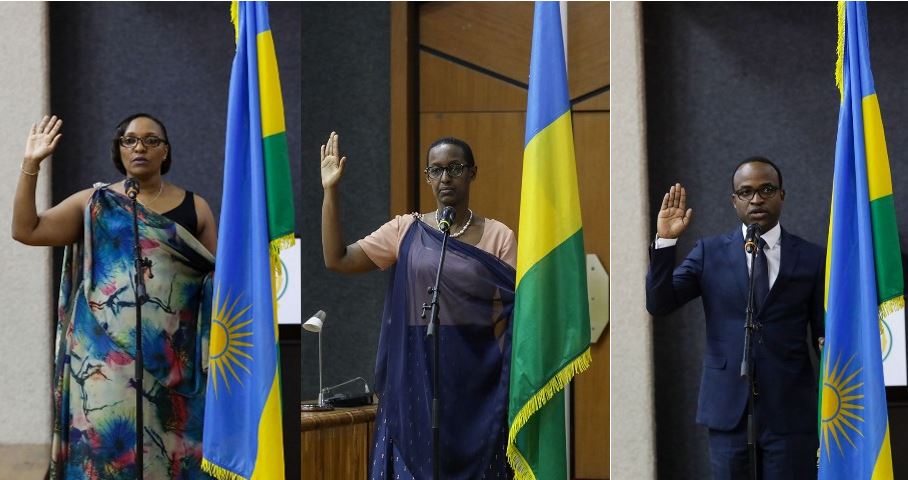 In his speech, President Kagame thanked the newly sworn-in officials for accepting responsibility to join others to work for the development of the country but reminded them that in order to serve well, the interests of the nation must come first.

“The first reason there has been a change, it is not a judgment of failure, it is about going along with the changes in needs that come with time and everything is done with the aim of moving forward.

“The other reason is because of the failure of some to fulfill their responsibilities. When people do their job well, they should be proud of themselves, and we should also commend them for doing the right thing. For those who do not, it is only normal that they be held responsible,” President Kagame said.

The Head of State said that in whatever people do, even in private sector, one works towards achieving certain goals and reap the benefits that come with it but there is no gain for anyone if people reap the benefits in a manner that hurts or affects others.

“Even those who work for their own businesses, they have the responsibility to work in the right way, even when it is about profit. There is no benefit in profits made from harming others,”

“In your oath of office, you committed to not use your power for your own profit. This is where things go wrong, this is where people show their weaknesses. Some recognize it as a mistake while others think it is a show of strength,” he said.

President Kagame, who in recent months has toughened his stance on corruption said that the biggest challenge emerges when people say what they intend to but their actions don’t match what they proclaim to do.

The President said that Rwanda as a country, is progressing very well within her means and sometimes punches beyond her weight, but above all, it takes the commitment and sacrifice by people who don’t only put in their energy but also their resources for the country to be where it wants to be.

“Our country continues to move forward, we even find ourselves achieving more than what was originally within our means. That means people are working very hard and using the resources available efficiently. This should become our work culture,”

“Our country faces many challenges but we have to keep solving them and move forward regardless. We have challenges caused by our neighbours and beyond but our role is to work even better, work together as institutions, partner with others for mutual benefits,” he added.

He said that in a bid to ensure that the country progresses, leaders need to keep reviewing their values and work ethic, putting together efforts to work together as institutions.

He said that with that kind of spirit, Rwanda would be able to deal with the challenges it faces, adding that the fact that the sworn in cabinet members are youthful should be an added advantage.

“You have seen many of those who were sworn in are women, and youth, we are all capable of transforming this country. If we work with the right values, and for the benefit of Rwandans and not our own,” Kagame said.

He said that if leaders focus on the goals and put aside their selfish interests and instead focus on the interests of our people, Rwanda will get where it wants to be.

“I am not saying you should not care about your own development as individuals, but that should come after our shared benefits as Rwandans. We should not fall short of putting the overall benefit of all Rwandans first,”

“Serving the benefits of all citizens is what is important in rebuilding and moving our country forward from where we are to where we want it to be as Rwandans,” he said.