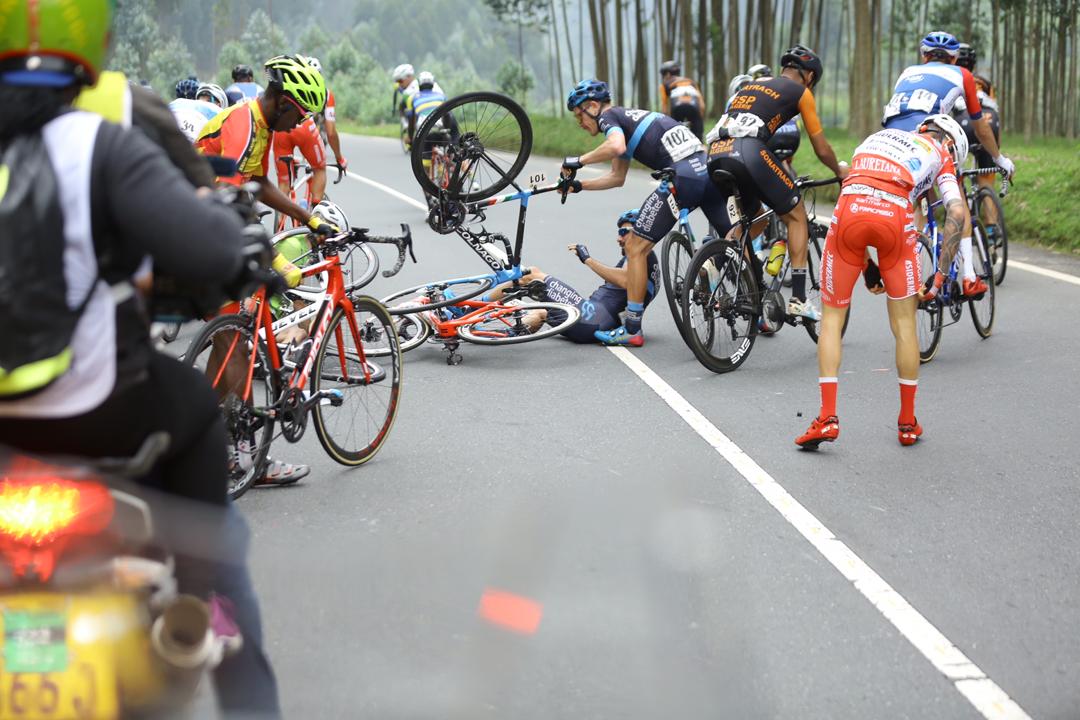 Stage six of the Tour du Rwanda kicked off from Musanze to Muhanga district with 71 riders remaining in the peloton covering a distance of 127.3 kilometers.

The riders took the bypass route that connects Musanze to Muhanga and goes through the districts of Rutsiro and Ngororero. 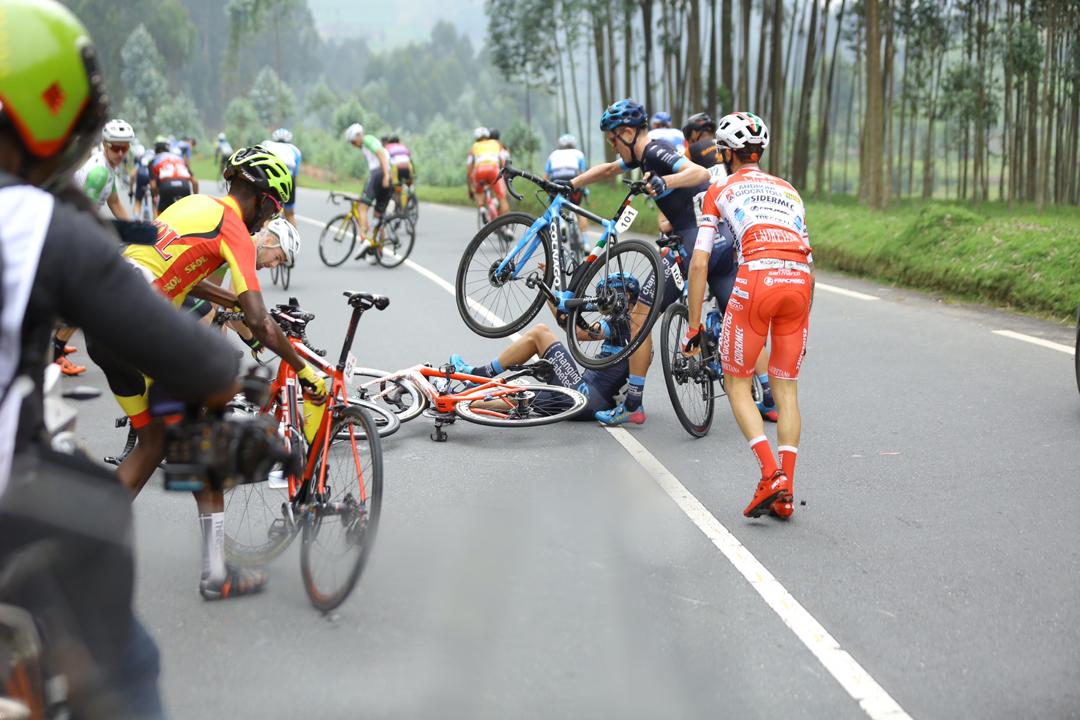 Lighart has tried to attack from the breakaway but was quickly brought back, just like other riders Rwandan Didier Munyaneza (Benediction), who attacked just after the summit of the first categorized climb of the day.

Six riders didn’t have a good morning start after they were involved in a collision due to the early morning rains that found the peloton beyond the Nyabarongo river bridge between the Ngororero and Muhanga boundaries. 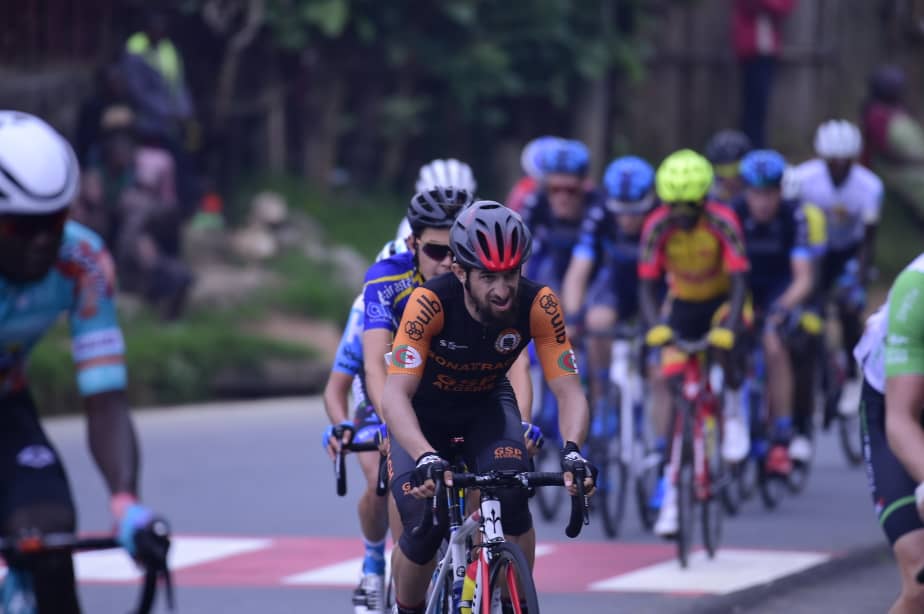 Besides crushing riders like Rajovic made good attacks in descent, leading the stage alone, with a small group of riders chasing him behind, but at 61km he had a tire puncture of during the same descent, compelling him to wait for a mechanic, thus losing some time. 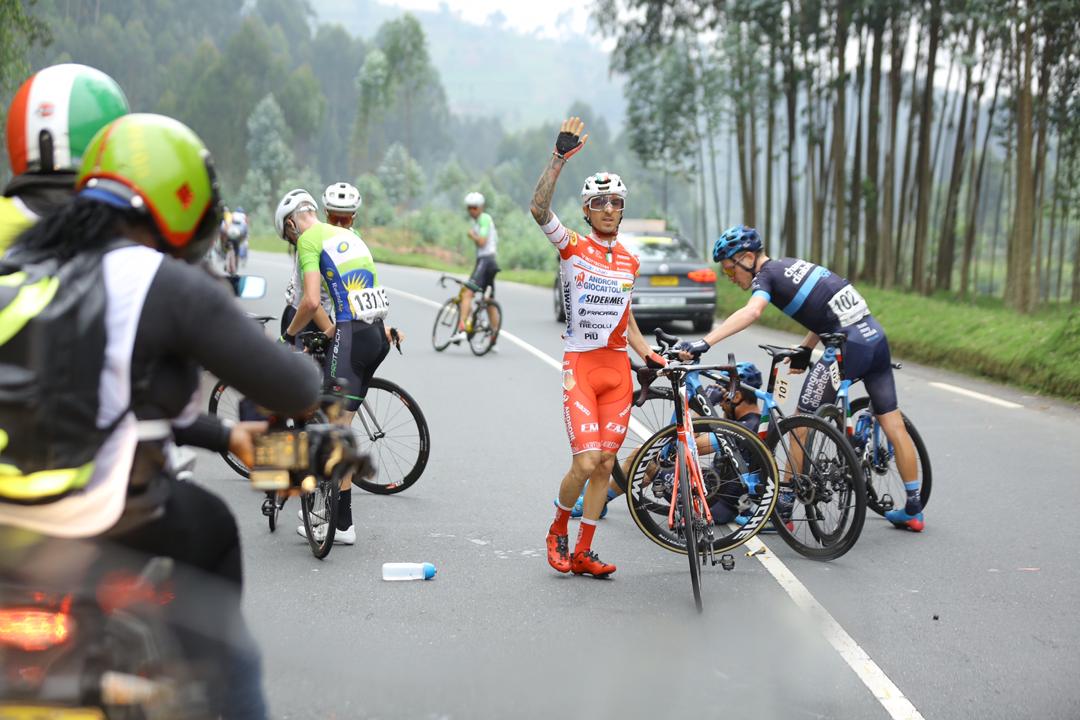 Before midday as the riders headed to enter in Muhanga district at 71kms riders Carlos Quintero (Terengganu) from Colombia, Patrick Schelling (Israel) and Samuel Mugisha (Team Rwanda) were leading.

After having very bad day on stage 5, Samuel Mugisha pulled a good performance and was expected to be in good position of wining the stage as the four continued to keep it tight-on-tight spikes in the last ten kilometers before entering Muhanga district but he was left behind in the last 9km. 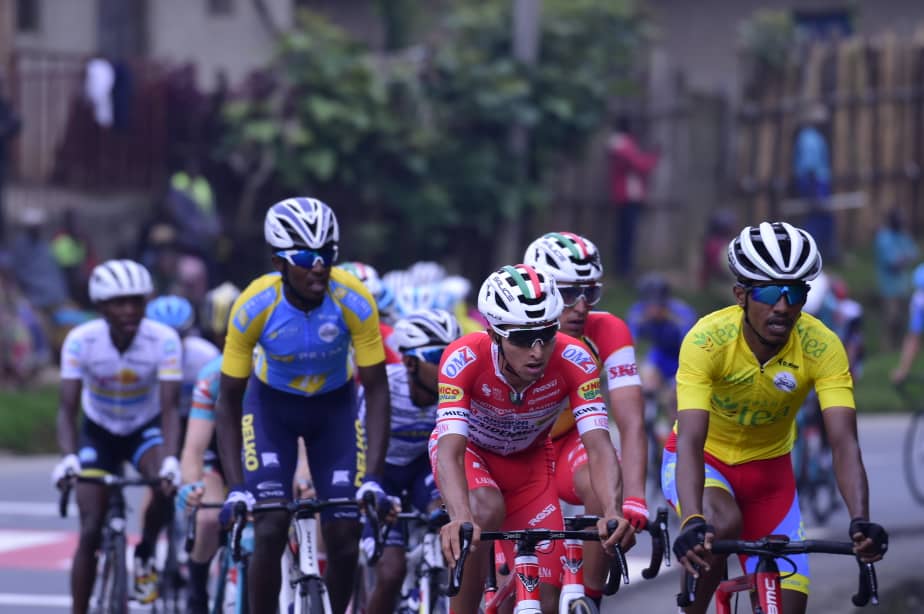 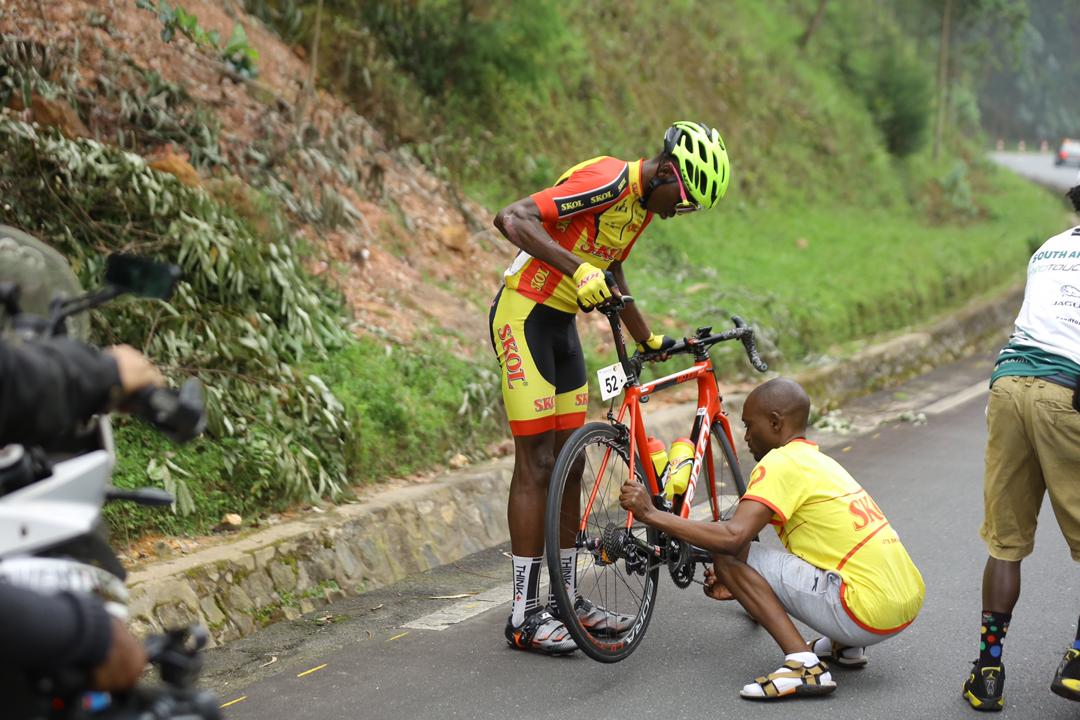 Columbian rider Restrepo, also the stage 3 and stage 5 winner had joined the 3 leading riders to make a breakaway of quartet and despite being overtaken in the 71st km range, he pulled up to lead the race as it closed in Muhanga town. 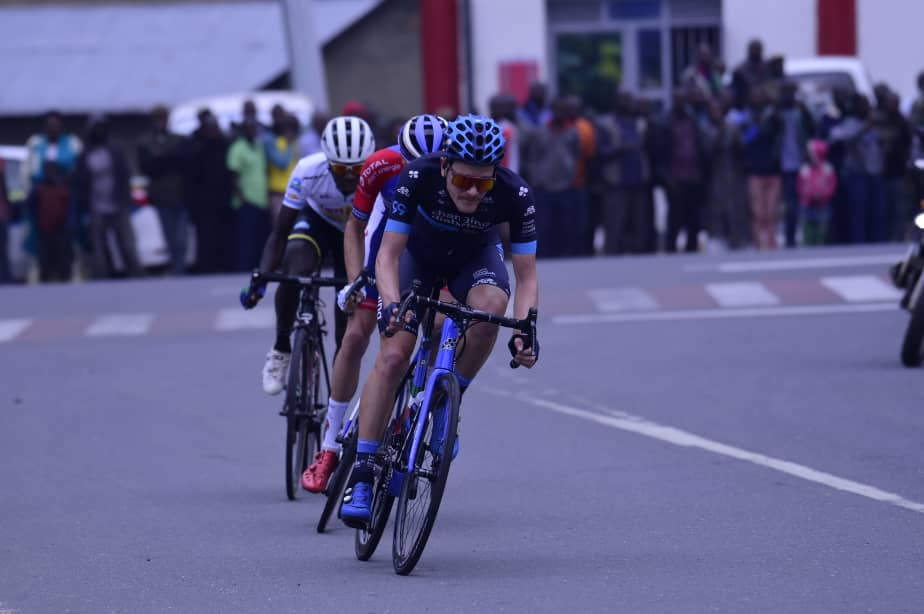 Restrepo who rides in Italy, becomes the first person to win three stages- these include Huye- Rusizi (stage 3) Rubavu-Musanze(stage 5), and Musanze- Muhanga (stage 6). 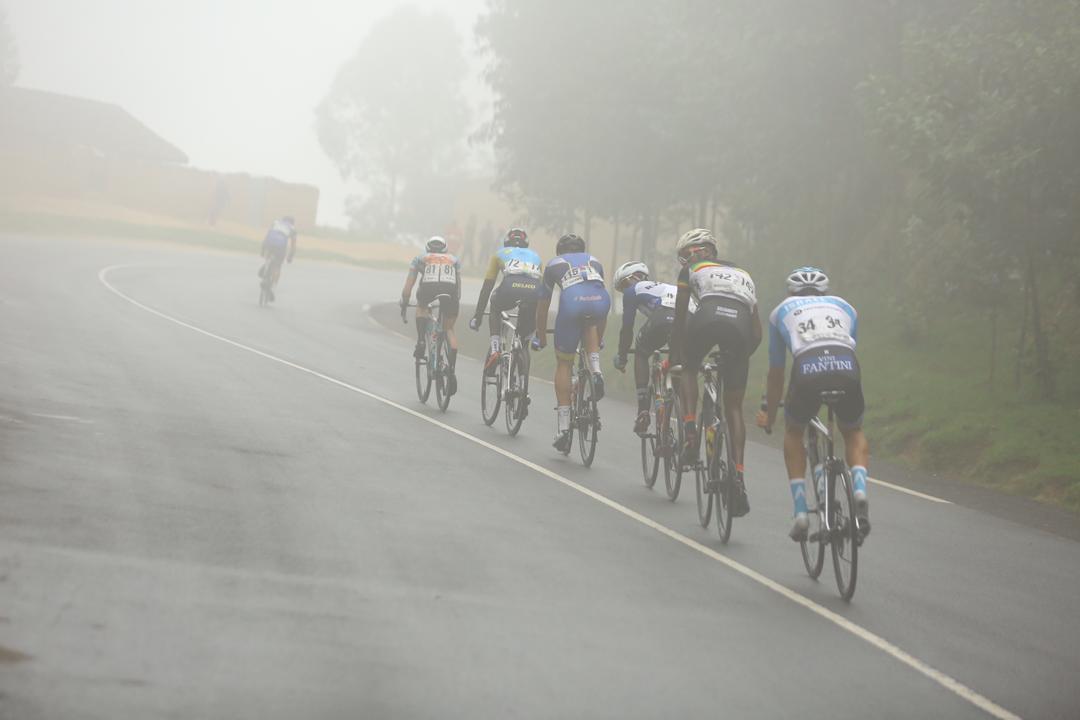 Rwandans who came close in the stage 6, include Moise Mugisha who crossed the finish line beating close contender Natnael Tesfazion, to take 8th position but retains the 2nd position in the general classification after reducing his time with 1’18” 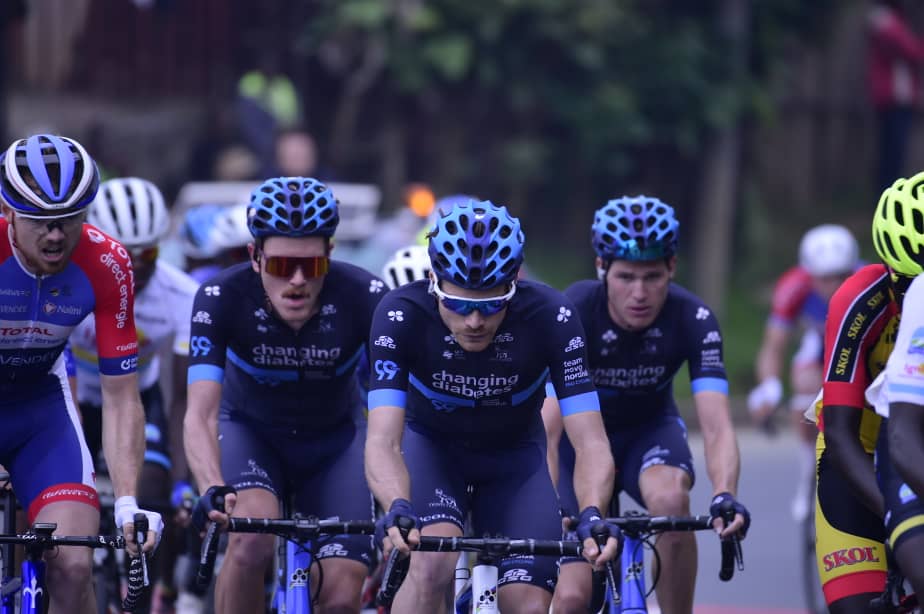 It was a sad day for famous rider, Rein Taaramae who dropped like yesterday

Rwandans have had a hard time to take the stages in the 2020 tour du Rwanda.  Rwanda minister of sports Aurore Mimosa Munyangaju asked the Rwandan riders to do their best to shine and carry the national flag colors to the podium. 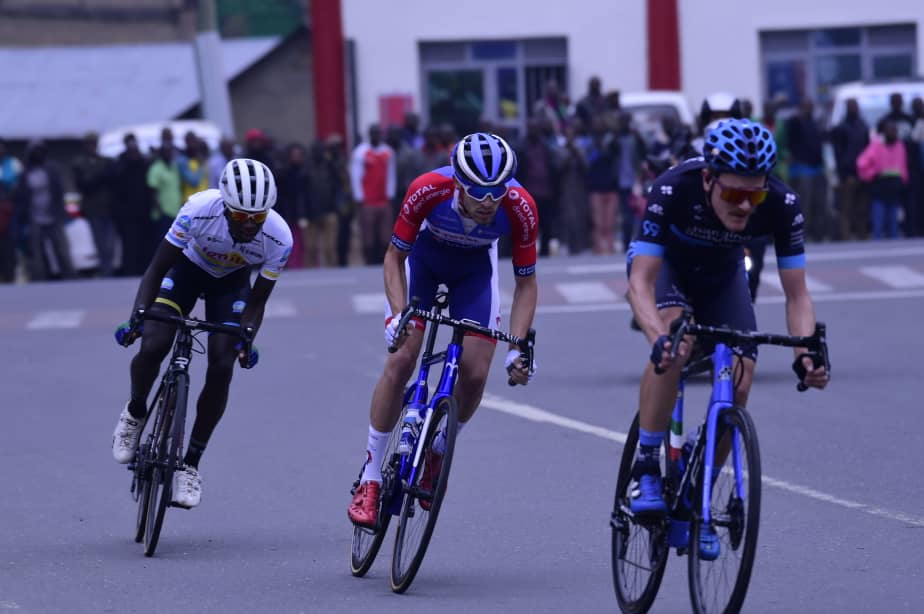 During the stage 5, among Rwandans who made a close chance was Moise Mugisha, in the 16th place as little known Seth Hakizimana came in 19th position; while the rest, including popular riders came in later positions. 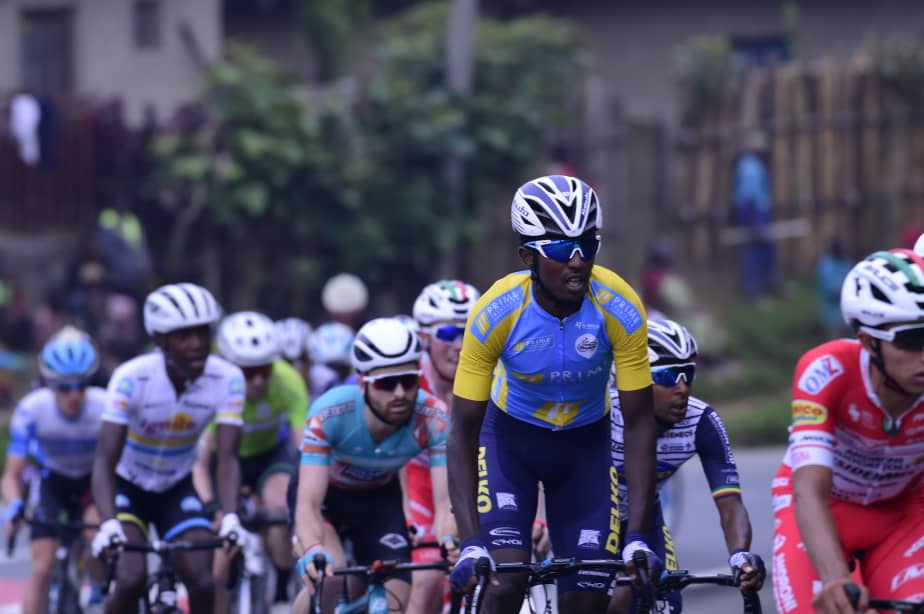 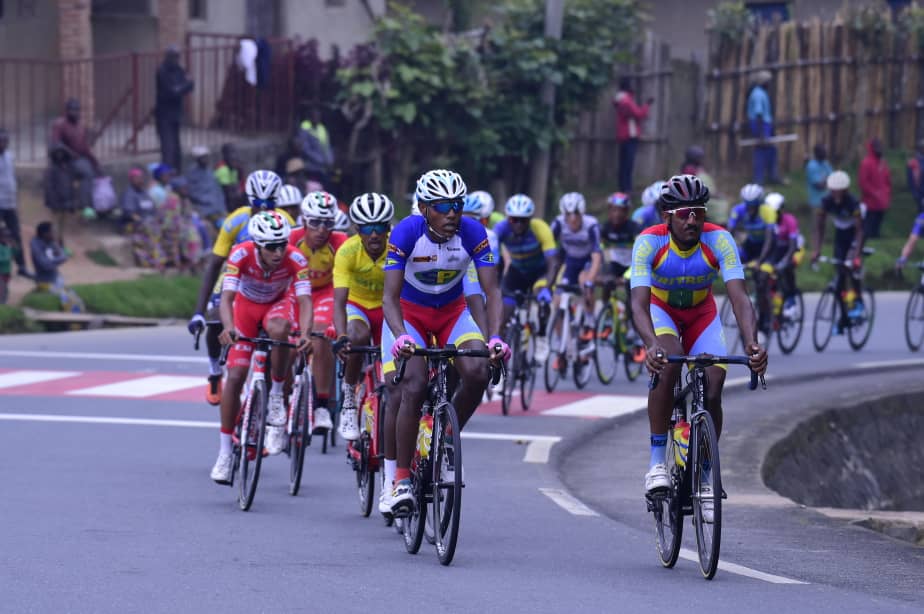