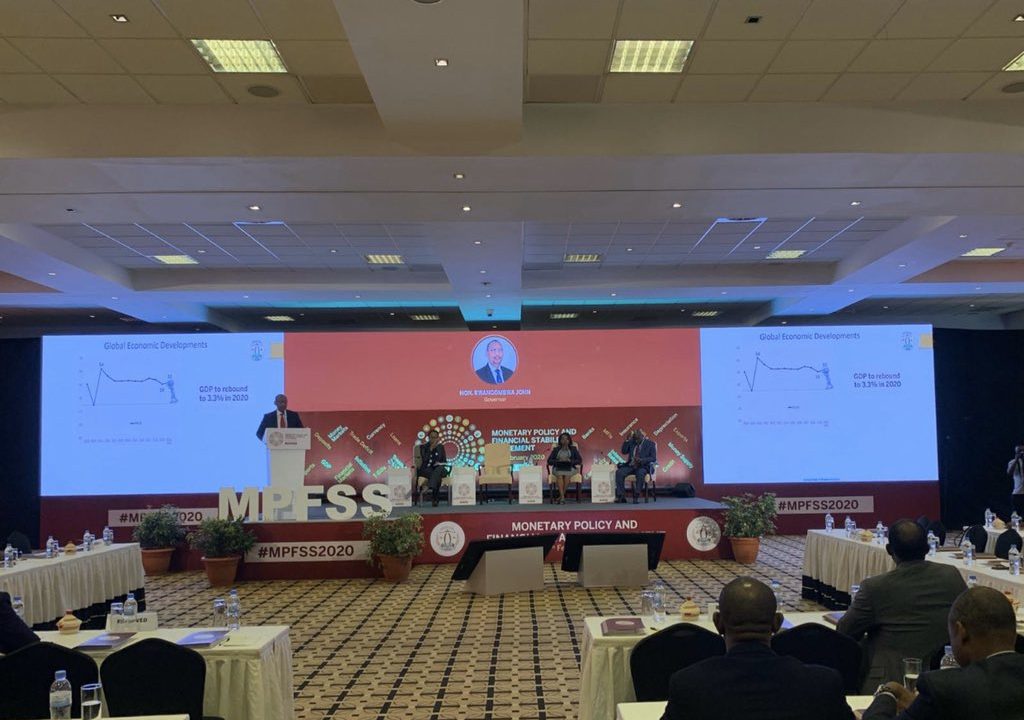 The National Bank of Rwanda has presented the first Monetary Policy and Financial Stability Statement (MPFSS) of 2020, which came with major improvements in banking, saving and credit schemes operations.

One of them is that Rwandan commercial banks will soon start getting sanctions and possible penalties for delaying transfers of clients’ money from one bank to another, the National Bank of Rwanda (BNR) announced during the Monetary Policy presentation on Tuesday.

Since the adoption of Rwanda National Payment System Framework and Strategy in 2008, the major changes were witnessed by the implementation of the Rwanda Integrated Payment Processing System (RIPPS).

Normally, with the existence of the RIPPS system, this is supposed to reduce time lag in payments and notably to mitigate systemic risk in the financial system of Rwanda, and unwanted delays in flow of money from one hand to another.

This means that ideally, once one issues a payment (by cheque or online) to one’s account, the recipient is supposed to get a notification of the transfer within two hours.

However, for some end-users like Forex Bureau owners, this system has not worked effectively to their benefit, and some salaries take longer than two days.

“We are promoting digital and cashless economy, but we have issues with some when it comes to bank to bank payments. It takes one to three days, which makes it hard for our work,” said Charles Gasana, the Managing Director of La Vita Forex Bureau in the capital Kigali.

Gasana was raising his concern during the presentation of the Monetary Policy Statement at Serena Hotel.

In response to these concerns, Central Bank officials said the system is going to be upgraded as soon as possible but with some consequences for defaulting banks.

“We are going through a process of upgrading the system, to resolve this issue by opening up more working hours of the system as well as strengthening security features around it,” said Peace Masozera Uwase, the Central Bank’s Executive Director of Financial Stability.

The upgrade means that the RIPPS system will start working 24hours and seven days a week, instead of operating from 8am to 8pm on working days.

Uwase said that the Central bank rules will also be amended so that banks are obliged to notify payments within two hours.

“We will be putting a sanction arrangement around this (time), so that if we find banks that have contravened this regulation, then we can apply appropriate sanctions,” Uwase revealed during a press briefing.

However, Uwase did not reveal the exact details of some of the sanctions until the regulation on this twist is ready for publication, but said that this is part of the cashless drive to increase flexibility in payment systems.

Apparently, the cashless drive campaign which started last year and ends on June this year, has seen some growth in mobile banking and mobile money transfers as new authorized loans also increased.

While banks remained stable, the sector enjoyed another financial season of profits – accounting for 65.9% of the assets which increased from 3,091billion to 3476 billion against the pension and insurance schemes.

Until the next Monetary Policy Statement to be published in August this year, Central Bank projected the economy will continue to grow at an average rate of 8.1% per cent.

Rwanda Tipped to Expand Its Share of $240billion Capital Investment

EAC Is Functional Despite Challenges – Nduhungirehe