EAC Is Functional Despite Challenges – Nduhungirehe 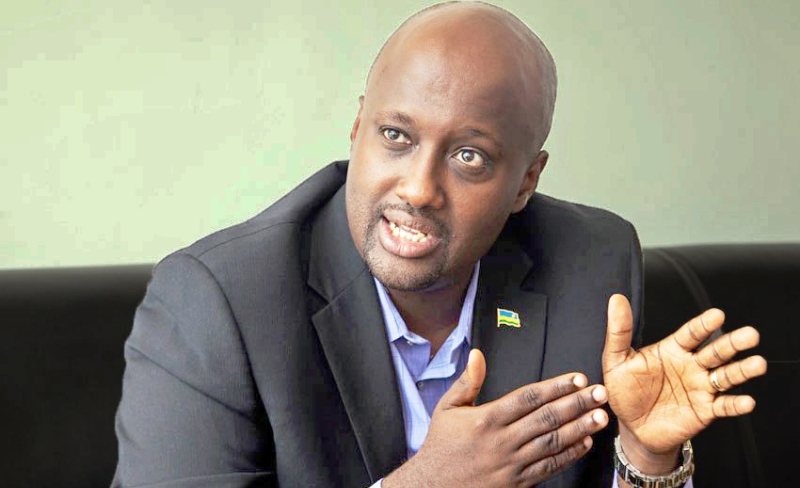 Despite tensions in the region and postponement of Heads of State Summit for the second time, the East African Community (EAC) remains functional, according to Minister of State for Foreign Affairs in charge of the EAC, Amb. Olivier Nduhungirehe.

The regional bloc on February 22 announced that the 21st Ordinary Meeting of the Summit of East African Community Heads of State that had been scheduled for Saturday, 29th February, 2020 in Arusha, Tanzania had been postponed to a later date.

The postponement of the 21st Meeting of the Summit came in the wake of a request by the Republic of South Sudan, which said it was currently in the process of forming a transitional government bringing together the government and opposition groups.

Minister Nduhungirehe said a new date is being looked at. President Paul Kagame who is the current chair of the bloc was expected to hand over the mantle to President Uhuru Kenyatta this coming weekend. The chairmanship is held on rotational basis.

“We are consulting to find a new date for the Summit,” Nduhungirehe said, insisting that the EAC is well and functional, regardless of tensions between partner states.

“The EAC is functional, meetings are taking place, programmes are being implemented,” Nduhungirehe said, taking stock of Rwanda’s tenure as chair of the block.

“We held a retreat in Kigali in March 2019 to strategize on how to fast track the integration agenda. The Administrative reform was adopted by the Council of Ministers, to ensure that EAC organs and institutions are streamlined, less costly and more effective,” he said.

During Rwanda’s one year term, Democratic Republic of Congo (DRC) requested to join the EAC.

“We received a request by DRC to join the EAC, which will make the Community stronger. Otherwise, the EAC continued to implement the four-pillar integration agenda, despite political tensions in the region,” Nduhungirehe said.

The Arusha-based regional bloc said a new date for the postponement of the 21st Ordinary Meeting of the Summit of the EAC Heads of State was communicated by Nduhungirehe.

The 41st Extra-Ordinary Meeting of the EAC Council of Ministers that was scheduled to take place from 25th to 27th February, 2020 at the EAC Headquarters in Arusha was also postponed.

The 41st Council of Ministers was supposed to precede and make preparations for the Summit meeting.

According to EAC, Nduhungirehe communicated the decision to postpone the two meetings to EAC Secretary General, Amb. Liberat Mfumukeko, in a letter dated 21st February, 2020.

“After consultation with the Chair of the Summit of EAC Heads of State, I have the honour to both inform and request you to notify Partner States that the above mentioned meetings have been postponed to a later date due to the request of the Republic of South Sudan. A new date will be communicated later after consultations with EAC Partner States,” said Amb. Nduhungirehe.

According to Arusha, in requesting for the postponement, Mr. Mou Mou Athian Kuol, South Sudan’s Under Secretary for EAC Affairs in the Ministry of Trade, Industry and EAC Affairs, said that the formation of the new Transitional Government of National Unity (ToGONU) would mean a lot of changes in the government and probably affect its organizational structure.

“With that in mind, the Hon. Minister, Paul Mayom Akech, has directed me to notify the EAC Secretariat of this challenge and that South Sudan will not be able to take part. Given the significance of the meeting, the Republic of South Sudan is requesting for a postponement until mid-March 2020. This will allow the newly-formed government to continue with business as usual,” wrote Mr. Mou Mou to the Secretary General.

Decision making at the EAC is by consensus with quorum being constituted by the presence of all Partner States. The absence of one Partner State would therefore mean that there would be no quorum for the Summit meeting as per the Rules of Procedure of the Summit, Rule 11.

Last month, President Kagame, while addressing a luncheon of diplomatic corps, said regional integration remains on track but faulted some partner states for attempting to derail the process.