Tomorrow, Saturday, February 15, Central and Local government officials, heads of government institutions and representatives of the private sector will board buses and head for the 17th National Leadership Retreat.

The 4-day Leadership, as has been the case before, will take place at Rwanda Defence Force Combat Training Centre in Gabiro, Gatsibo district, Eastern Province.

Over 250 leaders attend. All sectors are discussed; ranging from economy, politics, justice, infrastructure, health, to education and others.

During this retreat, President Kagame put leaders to task and demand answers on several issues raised.

For instance, in the previous retreat, Kagame grilled trade and Industry Minister Soraya Hakuziyaremye to explain why government does not withdraw its shares from inefficient companies.

In one case, the president highlighted that government is only absorbing loss in Cimerwa – Rwanda’s Cement factory and directed withdrawal of government shares.

“This factory does not even make a quarter of the cement needed,” Kagame said. 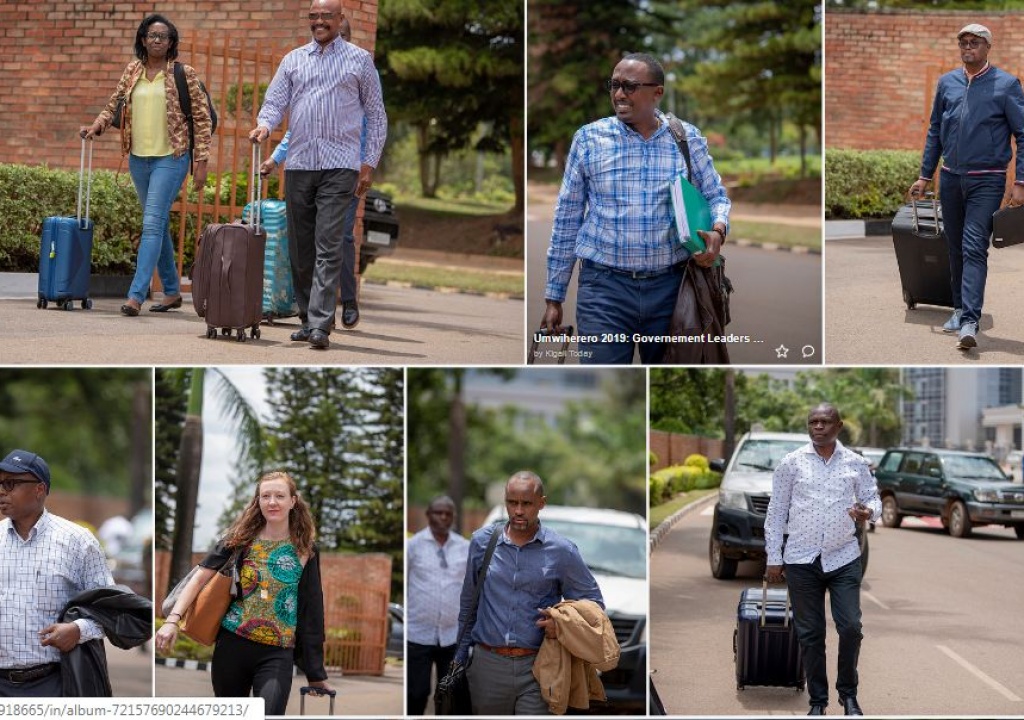 As leaders head to Gabiro tomorrow, Rwandans eagerly wait for what is on the menu for this year’s retreat that happens amid both positive and negatives trends that have characterized the first two months of government business in 2020.

In terms of poor leadership and abuse of office, the retreat comes when two senior government officials; Evode Uwizeyimana, who was the Minister of State in charge of Constitutional and Legal Affairs and Dr Isaac Munyakazi – for State Minister for Primary and Secondary education, tendered in their resignations.

Clause 4 of Article 4 of the 2013 Leadership Code of Conduct states that any leader particularly at the national level is prohibited from engaging “in the use of his/her position to mistreat people or to breach the laws”. It also prohibits leaders from engaging in acts of “mismanagement” and “taking himself/herself for the institution under his/her authority” or engaging in “any conduct likely to degrade his/her integrity, or likely to jeopardize his/her position or the visibility of the institution he/she works for” as indicated in clause 12, 13 and 14 respectively.

Both State Ministers were caught off-guard by these articles. Earlier this month, a tweet by Joseph Hakuzumuremyi, a journalist, claimed that former Minister Uwizeyimana pushed and shoved a female security guard at Grand Pension Plaza in the capital Kigali, after she insisted that he goes through the security scanner.

Uwizeyimana’s resignation was announced in a statement issued by the Prime Minister’s office, which also said that the State Minister in charge of Primary and Secondary Education Isaac Munyakazi resigned.

Apart from these top government officials, the national retreat happens when local leaders in different parts of the country have been resigning.

The retreat also returns when political standoff between Rwanda and Uganda remain unresolved.

By press time, the 3rd Ad Hoc Commission meeting was taking place in the capital Kigali to lay ground for next week’s meeting between heads of state slated for February 21 at Gatuna border post between Rwanda and Uganda.

The idea of government retreats came in January, 2004, after Kagame’s first election of 2003. It was held at the Akagera Game Lodge, a swanky touristic hotel, far East of Rwanda, in the middle of Akagera National Park.

During this inaugural retreat, discussions focused on the general direction of government policy, identifying changes to current approaches and initiatives that had not proven successful, while highlighting those with good results for accelerating development for the benefit of all Rwandans.

A range of presentations were made by heads of government institutions. The retreat discussed failures and implementation of plans for the year ahead.

At the end of the retreat, everyone appreciated how useful the discussions were and President Kagame, in his speech, requested the retreat be institutionalized and it would be Rwanda’s tool to confront the development challenges facing the country.