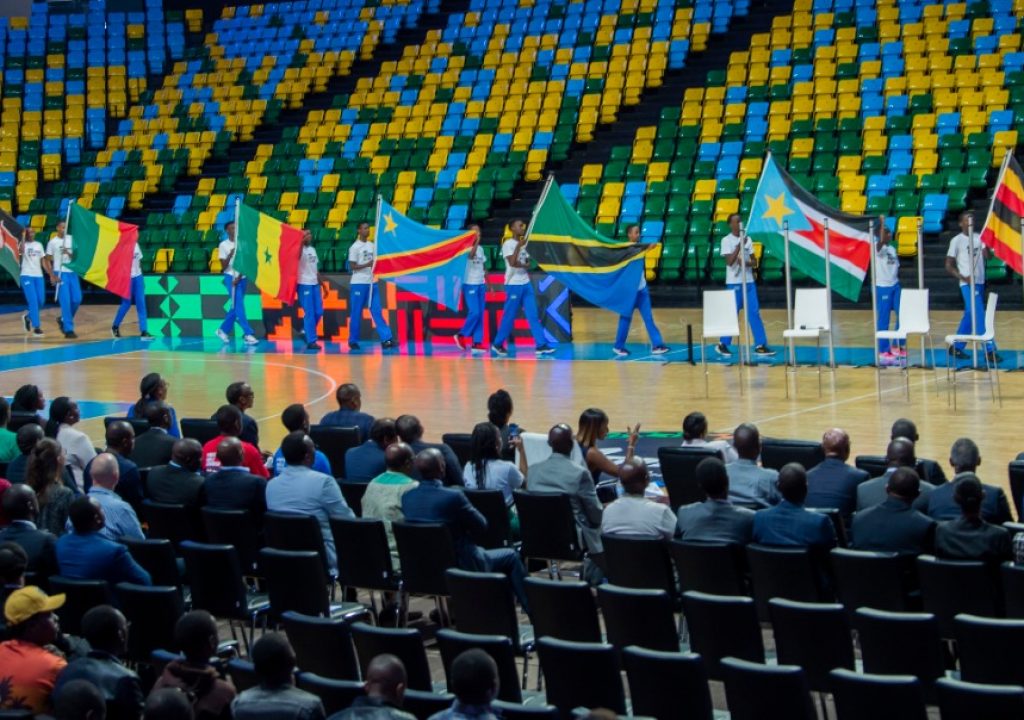 President Paul Kagame says young people on the continent have the opportunity to grow and fulfil their aspirations to become giants of the continent.

The Head of State sent the message to youth at the launch of the Giants of Africa Festival at Kigali Arena on Thursday at the ceremony during which he thanked Giants of Africa basketball initiative founder Masai Ujiri for his contribution to developing the sport on the continent.

“Masai, it’s always a good moment for me to take this opportunity to thank you because you do us proud. Not only in Rwanda but the whole continent,” President Kagame said.

Reiterating Masai’s earlier remarks, the Head of State said that there are many fronts including sports, culture, entertainment and many other areas where the continent can find pathway for young people to grow and become giants where they should be.

“To young people when you are talking about Giants of Africa and the festival we are going to have here, it’s a reminder first of all that you young people are giants in the making,”

“Which means there’s a lot of work you have to do in order to fulfil the enormous potential you have and see across our continent,” President Kagame said, adding that the continent is clear on the path it wants to take and doesn’t take anything for granted.

“We have to invest in ourselves and do what needs to be done and especially take opportunities availed to us like this moment and this festival hold for the African young people who form the majority of the population of our continent,” he added.

President Kagame said Rwanda looks forward to host the week long Giants of Africa Festival which will take place in August from 16 to 22, to celebrate basketball, education, culture and entertainment.

“I just want to welcome everyone and you will see that going towards August that this country is a welcoming country, it’s a country that wants to do itself proud and do it for Africa,” he said. 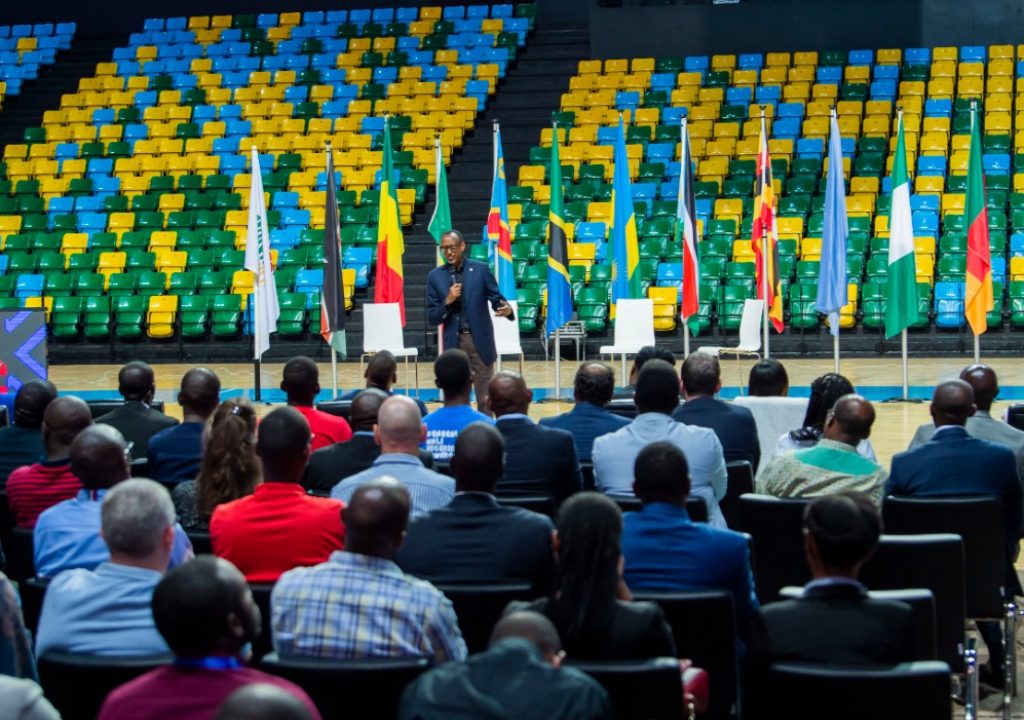 During the colourful ceremony, Masai Ujiri, who is also the general manager of NBA team Toronto Raptors, recalled a story he invited over President Kagame to watch the All-Star Game in Toronto in 2016 and President Kagame asked him what it would take to have an arena like Scotiabank Arena in Africa, particularly Rwanda.

Three years down the road, Ujiri said that Rwanda had built the Kigali Arena, confirming how forward-thinking and visionary President Kagame is.

“It is such an overwhelming time for me, it is almost unbelievable to sit down in this Arena and feel it,” Masai said of the 10, 000-seater facility.

The GOA Festival will bring together 200 youth and basketball enthusiasts from 11 countries, to showcase the rich diversity, culture and resources of Africa, fusing together fashion, food, entertainment and education. 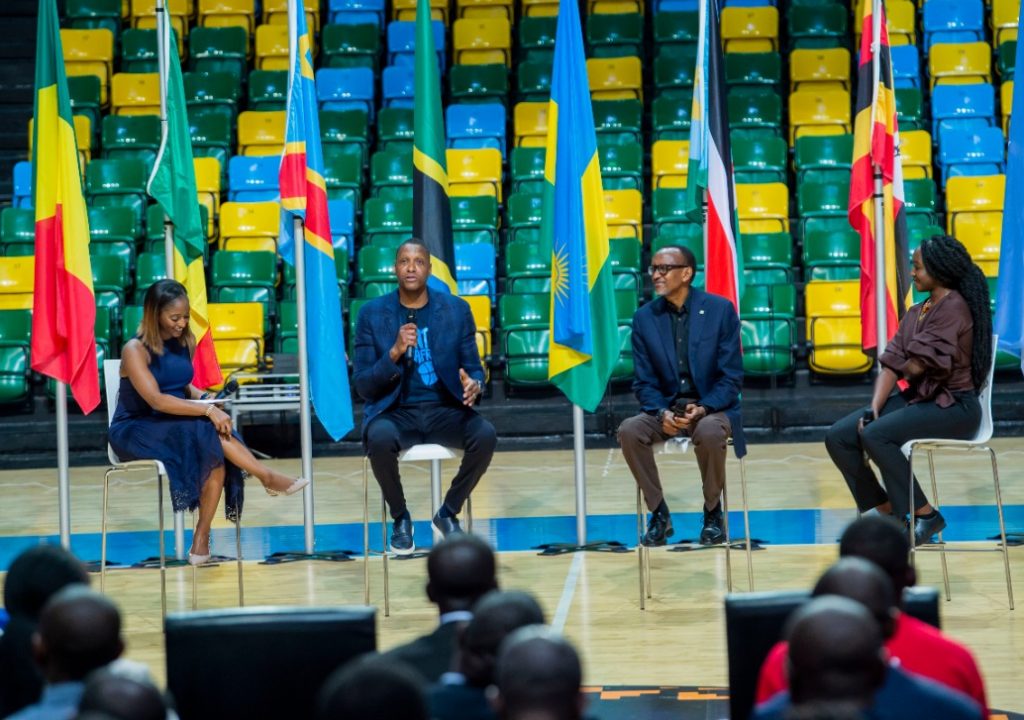 “I thank God for the opportunity that I have been given and I thank President Kagame for the leadership he has shown to give us this opportunity to have the festival in this special country. We are super excited to bring the Giants of Africa Festival here,” Masai said.

Myrah Naomi Oloo, the GOA Ambassador said GOA camps are much more than equipping basketball skills reaffirming one’s vision and self-worth and at the same time inculcating African values among the youth.

“Throughout the camp, I struggled, but I found myself. Giants of Africa reaffirmed the persona in me that really wanted to protect Africa and treat her like my child and that really reignited the vision of Africa that I have,” she said.

In a short panel discussion moderated by former CNN Anchor and founder of W.E Can Lead, Isha Sesay, President Kagame reflected on Rwanda’s development vision, stating that Rwandans chose to put their past behind and focus on their future.

He emphasised that Rwanda is looking forward to hosting the weeklong festival in August and everyone who will come, promising the experience will be nice. 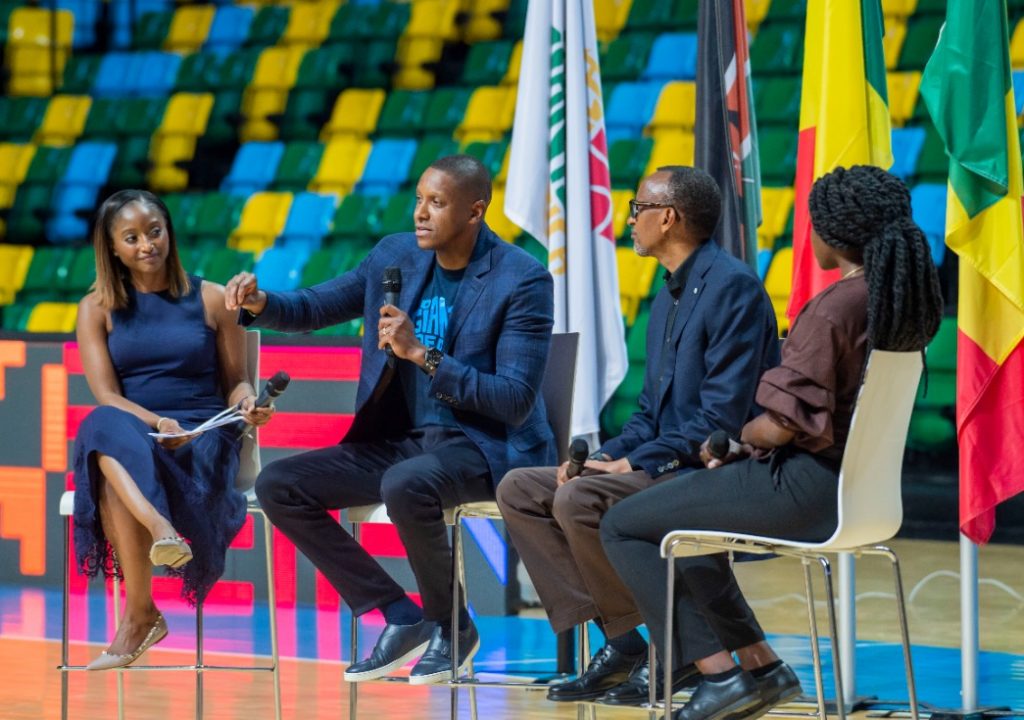 On his part, Masai said that coming from a background of sports where winning is the sport, he believes that Rwanda is an example that with a vision, Africa can win, citing the Kigali Arena as a shining example.