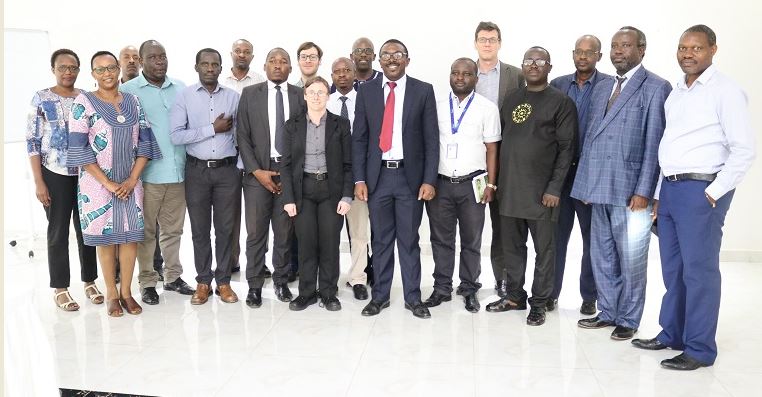 Researchers after the meeting

Researchers in various universities have argued the government to transform the existing education curriculum that does not help students to address home-based challenges.

Researchers say that the existing education system does not equip students with skills that target solving challenges including environmental-related hazards, poverty, and gender-based challenges, among others.

The international council for East Africa revealed that in Rwanda, 52% of graduates from various tertiary institutions are ‘half baked’ and do not meet required skills at labour market.

The same research indicated that in Uganda, at least 63% of the graduates were found to lack marketable skills, followed by Tanzania 61%, Burundi 55%, and Kenya 51%.

According to these researchers, revisiting the education system from nursery onward would help the country to hit targets of being a knowledge-based economy by 2024.

Participants included visitor from University of Bristol in the United Kingdom, Indian Institute of Human settlement and Rhodes university of South Africa.

Local institutions at the meeting included the University of Rwanda and Rwanda Environmental management authority.

These researchers said the proposed education system should start right from nursery school to the university, preparing a student to make money, but also be equipped with skills that solve local challenges.

Dr. Michel Tusiime, a lecturer at University of Rwanda said, “you find, for example, a graduate claiming to own a degree holder in Environmental studies, but in reality, he has never planted even a tree in his community, this simply means there is no contribution and reality of what he studied,”

“Transformation of the education system should start with parents, nursery schools, up to secondary and finally the tertiary institutions; we want the type of education that answers the questions and challenges in the social-economical areas,”

To find the best future proposal of the sustainable education system, the United Kingdom has funded a research project worth £5million to research causes of poverty, challenges in the education system, gender-based issues, environmental issues, among others.

The three-year research project will be conducted by a group of 40 people including lecturers, researchers, gender equality activists, etc.

Mary Saba, a gender equality advisor at sustainable development goals center for Africa (SDG) said, “The possible way of transforming the education system in Rwanda is starting in homes and extending it to schools. Education should target skills and solving the challenges we face in communities that are the target of this project.”

“This research will also look at the gap between graduates who come from tertiary institutions with half baked skills required by employers and the possible solutions.”

This new program (transforming education system) fits in the important goals for Rwanda’s vision 2024 to move towards a knowledge-based economy.

I want to be a Traditional Music Legend-Sentore