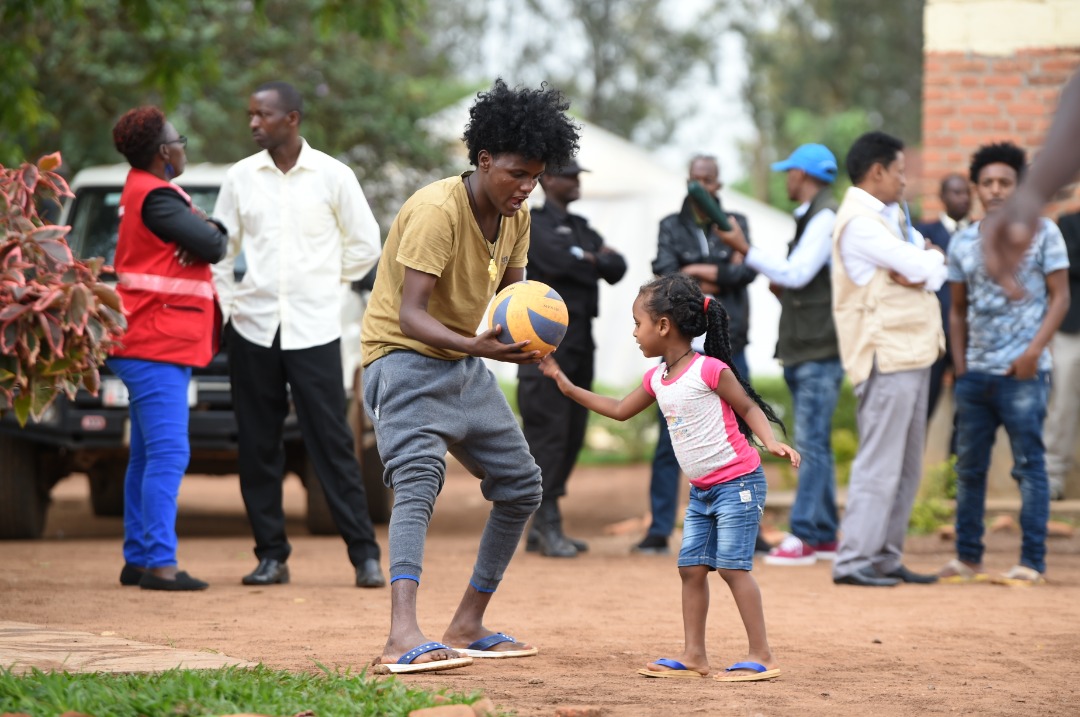 The office of the United Nations High Commission for Refugees (UNHCR) in Rwanda has called on African refugees relocated from Libya last year and resettled in Rwanda to remain calm amid reports of unrest in Gashora Emergency Transit Centre.

The UN agency charged with refugees on Saturday issued a statement calling for tranquility and respect for Rwandan laws after the refugees reportedly protested against Rwanda National Police (RNP) measures to restrict movements in and out of the camp as the country continues to observe a lockdown to stop the spread of COVID-19.

Police on the other hand dismissed allegations of sexual assault on one of minor refugees levelled against the commander of the police station at the centre, saying that they were concocted to tarnish police after it reprimanded a group of refugees who had violated the curfew.

“The UNHCR Office in Rwanda is much aware of an alleged case of sexual abuse against a refugee at the Gashora Emergency Transit Mechanism (ETM). UNHCR is in close contact with the authorities which have launched an investigation,”

“We call for calm and urge all refugees to be disciplined, respect Rwandan laws and regulations and to wait for the outcome of this investigation, which will help establish full clarity on the facts and responsibilities.”

The refugee agency said its protection teams are present at the center and appropriate measures have been taken to provide the alleged victim with all the necessary support, including legal and psychosocial assistance.

“We trust Rwanda’s reputation and non-tolerance against Sexual and Gender Based Violence cases which are handled with great caution and in full respect of the confidentiality and best interest of those involved,” UNHCR said.

In a response to a one Andre Gagne, who describes herself as a human rights activist and blogger dedicated to documenting the lives of African refugees in Libya, Police said the sexual assault allegations against one of its officers are aimed at covering the bad conduct of the refugees who arrived in the country last year.

“On 14th April three of them left the camp at 2pm, overstayed and returned at 6.30pm. They were held at the holding room in the camp near the gate. It was discovered that they were drunk. The Commander and two other officers decided to search them per protocol but one of them ran away and entered the living quarters,” Police explained in a series of tweets. 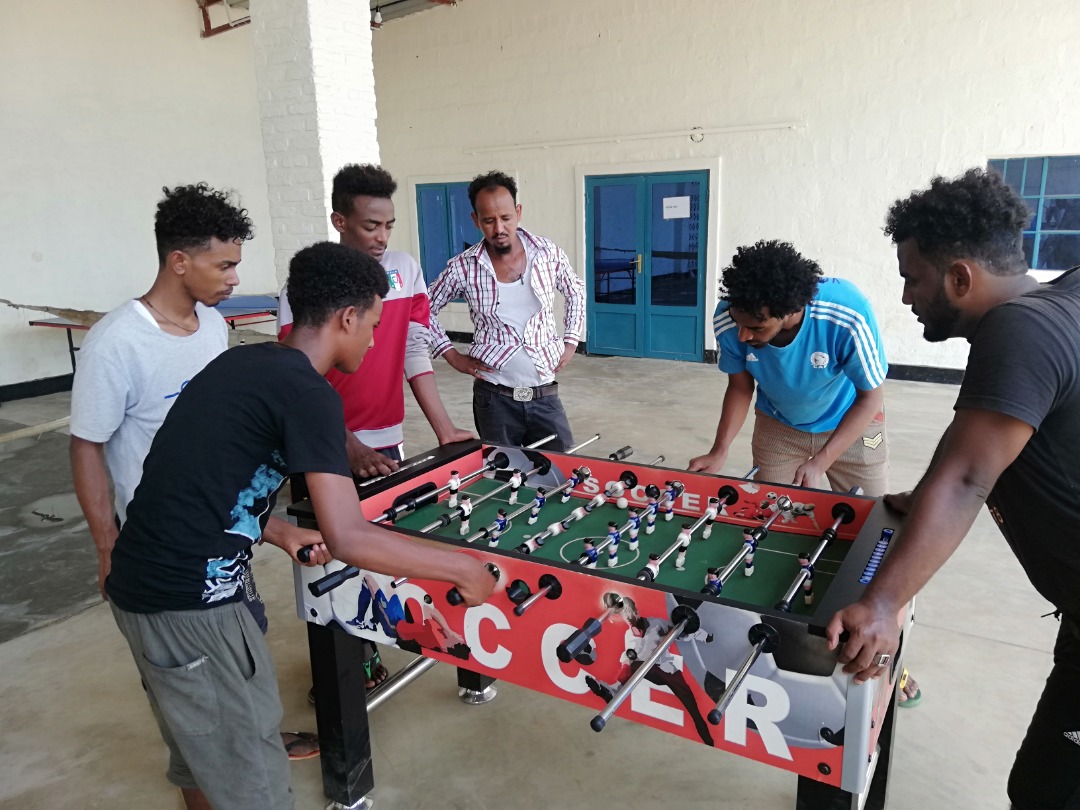 Police said that earlier on 06 April, camp management agreed with the entire resident community not to play music instruments during the genocide commemoration week from April 7 to 13, because they had been loudly socializing and the noise was reaching the neighborhood community.

“On 12 April at 5pm the Police had to confiscate the music instruments after the residents had decided to use them in breach of what had been agreed,”

“Along with their displeasure regarding the enforcement of lockdown measures that stopped them from leaving the camp as they wanted, they conspired to make up a story of physical and attempted sexual assault,” RNP said.

The Permanent Secretary at the Ministry of Emergency Management (MINEMA) Olivier Kayumba says measures have been put in place to normalize the situation and restore calm.

“We have organized different sessions with them and nominated a team made by MINEMA, UNHCR, Evacuees, Implementing partners and security organs to assess the raised issues,”

“Solutions of some issues were found like allowing them two hours per day to go out for purchasing but following COVID- 19 preventive measures, we gave them back their sound system equipment that they wrongly used during Genocide commemoration week,” Kayumba told KT Press.

He said the Ministry is also planning to set up a health and welfare committee which evacuees will be part of so that issues are known and communicated at early stage and meetings will be convened to find solutions.

“We continue to work with implementing partners to ensure that they provide quality services. We have also noticed that some of them still have psychological problems connected to what they went through before they came here in Rwanda and this is considered when we are dealing with them. So we will continue to have meetings and talk to them regularly,” Kayumba said. 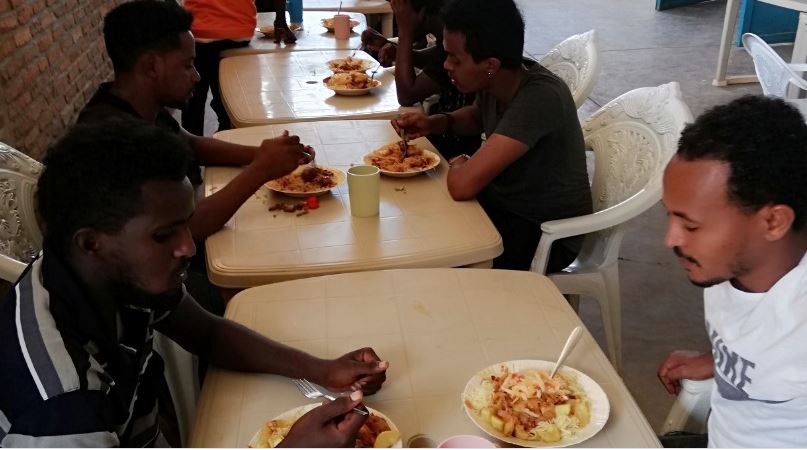 Lunch time at the African refugees settled in Gashora

Currently ETM Gashora is a home to 258 evacuees from Libya. Among them 143 are children while Men are 85 and 40 Women.

In terms of countries of origin, Eritrea dominates with 203, Somalia 32, Sudan 15, Ethiopia 7 and South Sudan 1.

So far 48 have been resettled in Sweden and Canada. The Ministry says the situation is calm and recent issues connected to misunderstanding and misbehavior of evacuees have been sorted out by Camp management, UNHCR, Security Organs, district officials and evacuees themselves.

“Some failed to follow COVID-19 preventive measures, others did not follow instructions connected to Genocide commemoration week and plotted a number of things including some allegations that are under investigation,”

“Other highlighted issues were about the services they get in their restaurant and at health post. All those issues were discussed together and now the situation is normal as they are busy preparing their Orthodox Easter which will be celebrated tomorrow,” PS Kayumba said.

All relocation plans have been put on hold as the country continues to observe the COVID-19.

Hope Is My Favorite Theme – Senderi