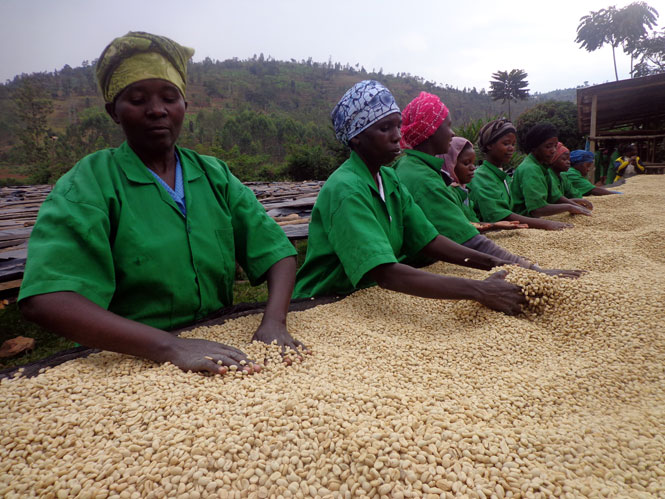 Amid harvest season that goes from February to July, the National Agricultural Export Development Board (NAEB) has directed all coffee washing stations to pay coffee farmers using available cashless transactions in a bid to prevent the spread of COVID-19.

On April 16, NAEB addressed its communiqué to all the 309 coffee washing stations that deal with 355,771 coffee farmers every season countrywide.

Most importantly, they can use the recently introduced Smart Kungahara System(SKS)─ a digital transaction system developed by Bank of Kigali Techouse in partnership with NAEB.

The latter combines detailed information of a farmer his/her land, coffee input distribution received and applied and the quantity of cherries supplied.

This system goes as far as registering the number of coffee trees by an individual farmer.

According to NAEB, coffee washing stations managers in Southern and Eastern province were trained and advised to shift from traditional mode of payment to digital transaction system.

“We are in the coffee harvesting season, but also the COVID-19 pandemic. Farmers should be paid digitally to protect them. Coffee washing stations in the southern and eastern province were trained on using smart Kungahara, they should use it for transactions,” Pie Ntwari, the NAEB communication specialist said.

In Rwanda, there are 309 coffee washing stations and 355,771 farmers in the country. According to Ntwari all of these coffee stakeholders are supposed to go cashless through training them after the end of the COVID-19 outbreak.

“The idea is to have all the stakeholders transact cashlessly, but we are not sure when the lockdown ends to resume training.” Ntwari noted.

Amid the lockdown, Rwanda has not stopped exportation of coffee in countries including China, the Netherlands, and the United Kingdom. Coffee exports are airlifted by the national carrier─ RwandAir and Ethiopian Airways.

“Coffee exports have continued even in the lockdown, though some fluctuations have been realized. We are compiling the report showing trends in quantity and value since the lockdown started last month. The report will be out this month or early May.”

According to Ntwari coffee washing should observe the prices fixed by NAEB.

“Buyers should not take advantage of this crisis to hike prices, nothing has changed in prices. Any attempt will violate the negotiations because we decided the prices together.”Ntwari said.

In January 2020, the price of coffee cherries was reviewed upward; increasing to Rwf 216 per kilogram from the current Rwf 190 per kilogram that was set in October 2019.