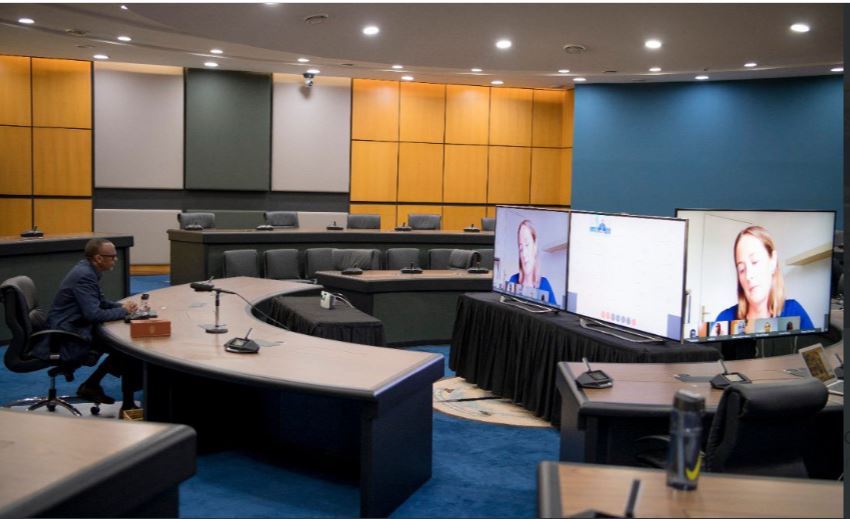 During a virtual Press conference on April 27, 2020, President Paul Kagame answered several questions, gave some updates be it on the situation of COVID-19 and relationship with neighbouring countries.

He, among others, spoke about circulating allegations that Rwanda Defence Force (RDF) was in the Democratic Republic of Congo (RDF), involved in the upsurge of attacks in the eastern part of the country which recently claimed rangers in Virunga National Park.

The Head of State said that Rwanda is used to the allegations, which it has lived with for the last 26 years, dating back to the days genocidaire groups pitched camp in Eastern DRC, where different armed groups have been formed and evolved over the years.

“What is even worse is a certain group of people, I don’t know what to call them, who should be actually responsible for dealing with this situation, end up perpetuating the situation. All these survive on myth, rumours, all kinds of things you find anywhere, including surprisingly, the experts.”

Watch the video for more