We Have Not Received Any Wage Related Complaint – FERWAFA 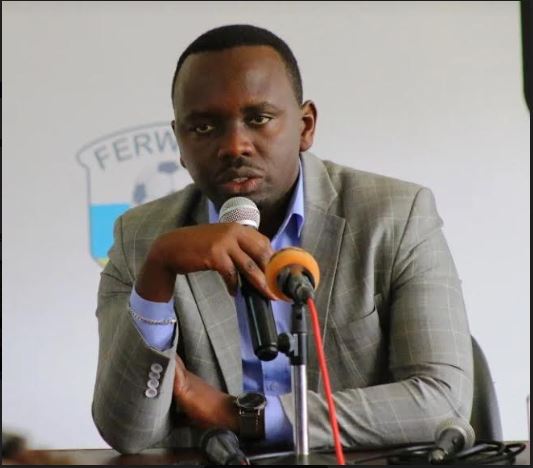 The Rwanda Football Federation (FERWAFA) says they have not received any official complaint from players regarding salaries arrears as clubs withhold wages from their employees amid the coronavirus crisis.

As coronavirus paralyzes the sporting world, all football activities in Rwanda have been suspended indefinitely to stem the dramatic spread of the virus and teams are facing a paycheck battle to pay salaries for their non-playing staff.

Football clubs including Rayon Sports, Musanze FC, Bugesera FC and Espoir FC have started to activate the force majeure in their players’ contracts with some laying off their staff while others cut off their salaries, creating a rift between clubs and players.

Rayon Sports and Espoirs squads have openly told their bosses that they expect to receive their pay despite being told that they will not receive any salary at all until the situation gets back to normal.

According to FERWAFA General Secretary Francois Regis Uwayezu, no official complaint has been filed to the national football governing body.

“Since we have not received any complaint from any player or club so far, we would like to believe there are no problems and that they have reached an agreement. If there is a problem someone needs to make an official complaint for us to take action., said Regis.

“We have told our club members that if there are contract disputes between employers and their employees, Ferwafa will solve them. But for us to take action, someone needs to lodge an official complaint.

Kwibuka26 in Ghana:Time Hasn’t Dimmed Memory of Our Loved Ones – Dr. Kirabo Kacyira