Relief As Plan to Repatriate Rwandans in UAE Takes Shape 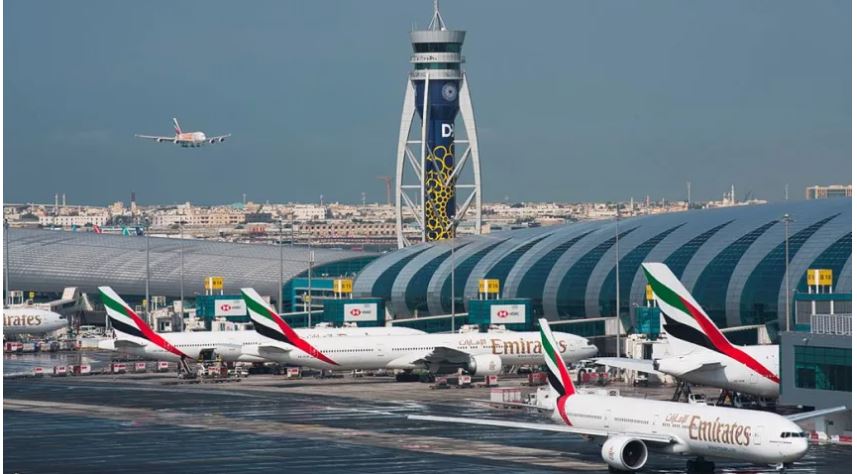 Rwandans who have been stuck in United Arab Emirates (UAE) following the grounding to halt of all economic activities in line with stopping the spread of New Coronavirus, are set to be repatriated from the Middle Eastern country.

Members of the Rwandan diaspora in different emirates of UAE including Dubai, Abu Dhabi, Sharjah, Ajman, Umm Al Quwain, Ras Al Khaimah and Fujairah who were stranded after the country shut down all economic activities are grateful after the Government of Rwanda intervened to ensure that they are repatriated back home.

The head of Rwanda Community Abroad (RCA) in UAE, Kassim Kaganda told KT Press that they are relieved that the plan to airlift them has materialized with the flight set to leave UAE to Kigali on May 16.

“Our embassy which is located in Abu Dhabi has been working tirelessly to ensure that we are tested and accorded all kinds of support we need since we are not working or doing business. Rwandans in all the seven emirates were tested,”

“It was not an easy task since hospitals here were not accepting to test people with no signs of COVID-19 but the Embassy engaged with a private Saudi-German hospital which agreed to test Rwandans who had registered themselves,”

Kaganda said Rwanda’s Ambassador to UAE Emmanuel Hategeka and the Minister Counsellor Edouard Bizumuremyi, who is based in the Consulate in Dubai did everything to facilitate Rwandans who were stranded in UAE after countries halted all international flights to avert the spread of COVID-19.

Due to the situation in UAE, Rwandans who have been working and living in Dubai have wished to return home and wait until the situation stabilises.

Ambassador Hategeka told KT Press that he was aware that some of the people want to urgently return home and efforts are underway to have them airlifted back home as soon as possible.

“I am aware of the issue and we are constantly in touch with the community here via WhatsApp groups. We are working closely with MINAFFET on a solution and soon there will be a flight to repatriate Rwandans wishing to return home,” Ambassador Hategeka said on Saturday.

On Sunday, Kaganda said that they had been informed that a Fly Dubai flight has been scheduled. He said that the community was thankful for the Rwandan government for its efforts to rescue nationals and ensuring that they return home safely.

Dubai, which until the COVID-19 outbreak was the world’s economic gateway and trade hub, was the leading source of imported cases of New Coronavirus in Rwanda.

On safety measures to ensure that the repatriated Rwandans from Dubai don’t import new cases into the country, setting the efforts to reduce infections back, Ambassador Hategeka said that all precautionary measures will be taken to ensure that cases, if any, are contained.

“Well, you can’t say no to someone wishing to return home but all COVID -19 precautions have to be taken. There are some measures we have taken if that can be the reassurance. We tested 56 Rwandans as a result of contact tracing,”

“Of those 15 were found positive and have all recovered after 15 days of quarantine and some treatment. Before they fly, they will be tested for symptoms at the airport. While in Rwanda they will undergo the mandatory 14 days quarantine,” Amb. Hategeka told KT Press, estimating that over 100 people will be repatriated, looking at the list they already have.

The head of the community said that some of the people have been struggling to make ends meet since they were not working anymore and had to pay other expenses, which led to members mobilizing relief support for their colleagues.

“We identified about 80 of our members who needed support and we did our best to reach out to them. It is an activity that was unheard of in other communities. Even the Police in Dubai said that they were touched by our efforts to support each other,” Kaganda said.

He said that even mobilising support was not easy but the embassy facilitated them while at the time of the outbreak.

He said the community is very thankful to the embassy which met all the costs of testing and isolation.

“We want to thank the Government of Rwanda, led by President Paul Kagame for being there for us and ensuring that we are safe. We are confident that even the repatriation exercise will be successful,” Kaganda said, adding that the embassy continues to work closely with their committee to find solutions.