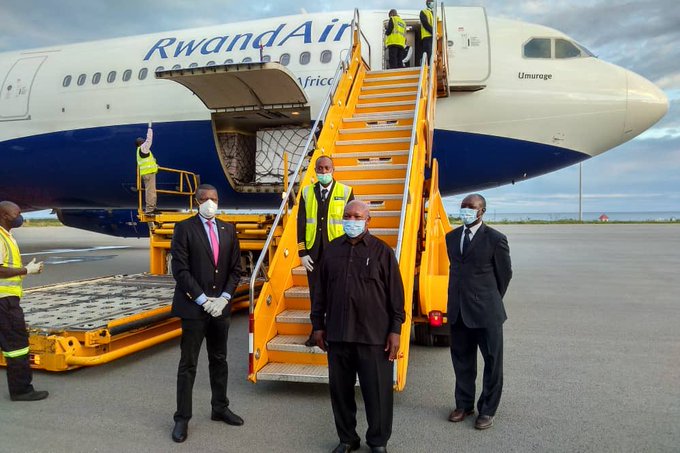 The National Carrier Rwandair is looking to shift focus to cargo freight in the short term as passenger flights remain suspended in a bid to avert the spread of New Coronavirus.

On Tuesday, RwandAir inaugurated cargo flights from Mwanza, Tanzania to Brussels, Belgium, which will be transporting fish to Europe.

The inaugural flight was flagged off by the Tanzania Minister of Transport and Mining Isack Kamwelwe and Rwanda’s High Commissioner to Tanzania Charles Karamba.

The development comes few weeks after the airline resumed flights between Kigali and Guangzhou, China via Mumbai but strictly for cargo, as well as the weekly cargo flight to Brussels and London.

The Chief Executive Officer (CEO) of RwandAir, Yvonne Makolo told KT Press on Tuesday that the airline is seeing an increase in on-demand cargo flights locally and within the region, as most grounded airlines around the world are now looking to cargo to return to the skies.

“We are focusing on cargo because of the restrictions on passengers traveling. Our plans depend on when the borders will open. In the meantime, our focus is on cargo,” Makolo said. 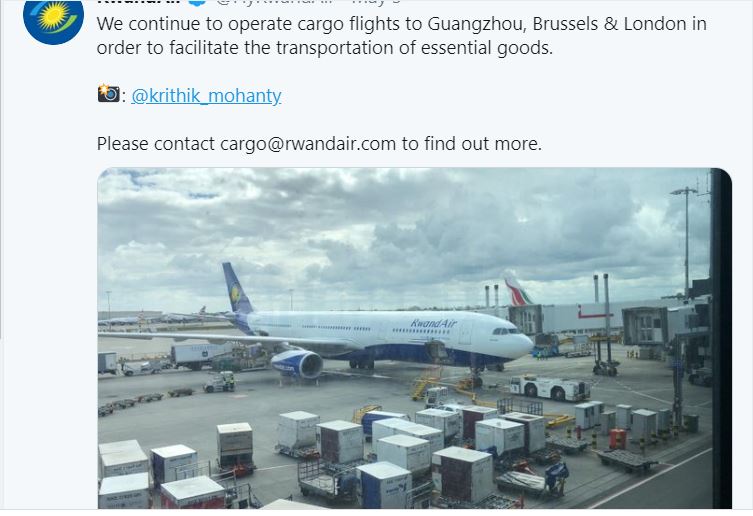 Asked if the passenger aircrafts have been transformed to carry more cargo, Makolo said that Rwandair is still relying on the cargo hold and aisles in the cabin to transport cargo.

“The aircrafts have not been transformed, we are using the cargo hold plus the cabin,” Makolo said as the national carrier looks to capitalize on the demand for goods on the continent as supply remains affected by restrictions on flights to limit the spread of COVID-19.

The airline’s expansion plans have been disrupted by the New Coronavirus outbreak, having just launched what were considered key lucrative routes to China, India, Israel and Democratic Republic of Congo (DRC) just months before the pandemic struck. 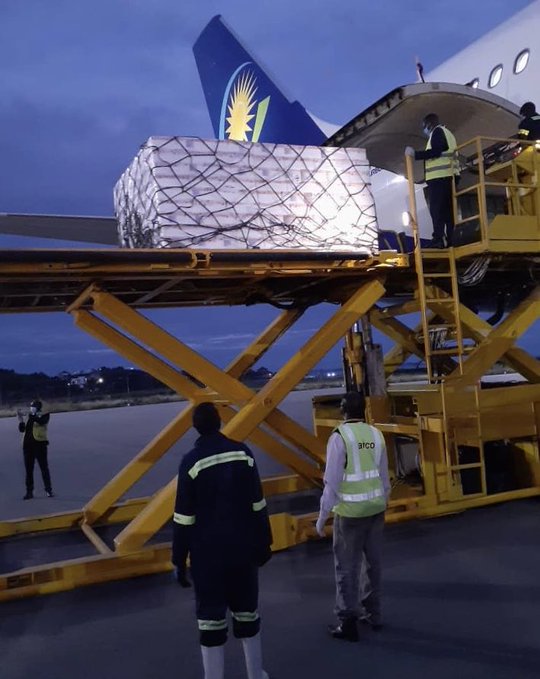 Rwandair has been listed among the businesses in the country that will benefit from a government stimulus package to resuscitate businesses and keep them in operation.

The national carrier has already taken measures to minimise operation costs, including cutting salaries of employees by between 8% to 65%, based on one’s position, while the top leadership of the airline decided to forfeit their salaries until the situation stabilizes.

On May 6, the airline announced that it would review the status of passenger flights in line with government measures to prevent the spread of COVID-19, and issue an update-a move which will largely depend on whether the government considers reopening borders.

The airline currently has a fleet of 12 aircrafts, which include an Airbus A330-300, an Airbus A330-200 and 6 Boeing 737 as well as four Bombardier aircrafts. Like many airlines across the world, majority remain parked at Kigali International Airport (KIA) since March.

With no passengers in sight due to COVID-19 measures, airlines across the world have quickly turned passenger planes into cargo ones to minimize losses.

Last month, the International Air Transport Association (IATA) has projected that the COVID-19 crisis will see airline passenger revenues drop by $314 billion in 2020, a 55% decline compared to 2019. 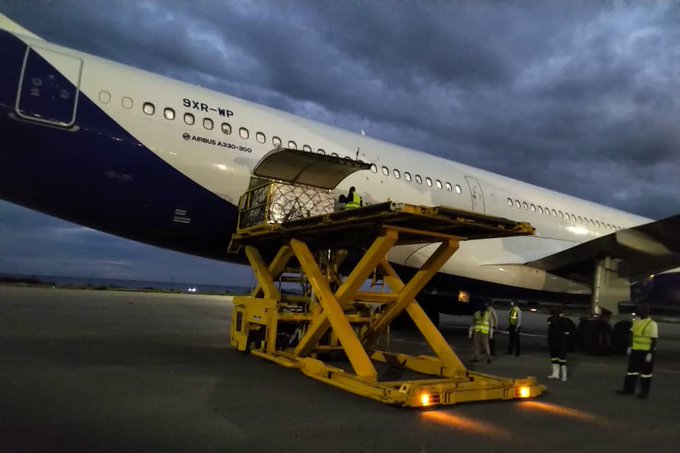 Earlier in March, IATA had estimated $252 billion in lost revenues (-44% vs. 2019) in a scenario with severe travel restrictions lasting three months but the figure was updated on April 14.

IATA said travel restrictions will deepen the impact of recession on demand for travel. The most severe impact is expected to be in Q2. As of early April, the number of flights globally was down 80% compared to 2019 in large part owing to severe travel restrictions imposed by governments to fight the spread of the virus.

The global body charged with aviation has urged governments worldwide to include airlines in their economic resuscitation plans in a bid to cushion the sector from revenue and job losses.

“Governments must include aviation in stabilization packages. Airlines are at the core of a value chain that supports some 65.5 million jobs worldwide. Each of the 2.7 million airline jobs supports 24 more jobs in the economy,” IATA said.

One Week after Reopening: Violation of Measures Remains A Challenge – Police