One Week after Reopening: Violation of Measures Remains A Challenge – Police 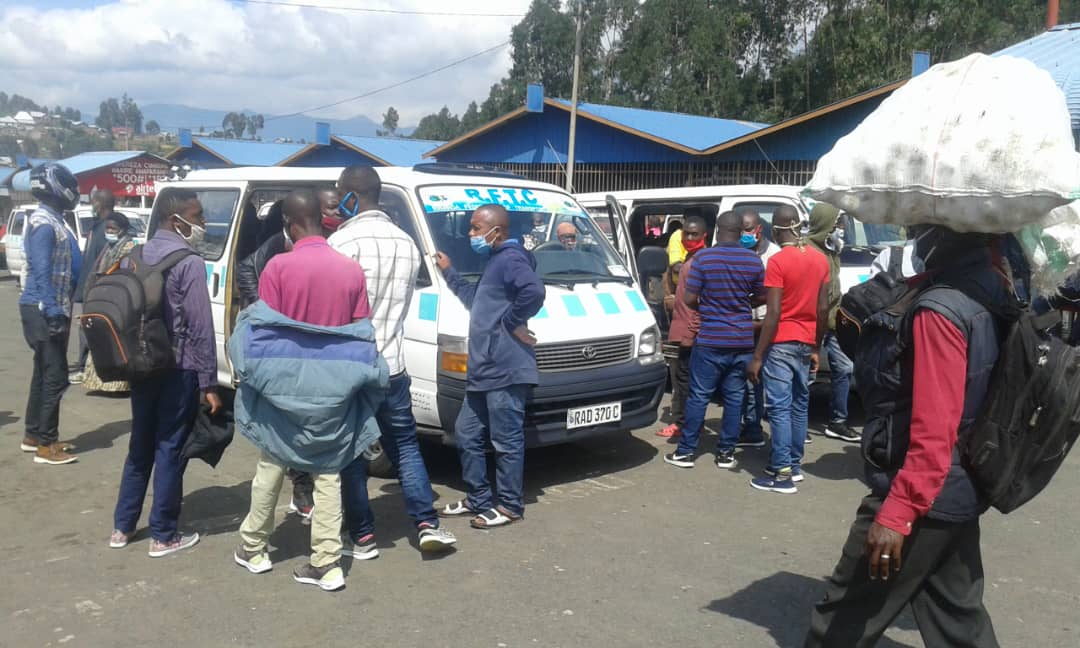 National Police (RNP), which is charged with enforcing measures against New Coronavirus, says that majority of the population understands and adheres to the measures set forth by the government to allow the reopening of parts of the economy on May 4, but for others, there is still a long way to go.

This was said by the RNP Spokesperson CP John Bosco Kabera on Monday evening during the talk show “Ubyumva Ute” on KT Radio to assess the progress, one week after the country embarked on relaxed measures against COVID-19, which saw some business and offices reopen.

CP Kabera revealed that the first days of reopening presented a big challenge as social distancing and safety measures were not adhered to but there has been an improvement as times goes on.

“What we observed is that some people did not wear the mask as required while social distancing was a huge challenge. Regarding hand washing, it remains hard to know how often people wash their hands but at least we can see the facilities are there as well as hand sanitizers,” CP Kabera said.

The Police Spokesperson said that more violations were registered where people sought to beat existing measures in line with restricting movement from one province to another, by taking advantage of the right to move within one’s province to attempt to cross to another province.

“We have recorded cases where for example people move from the Northern Province district of Musanze and come up to Shyoringi, or from Gicumbi to Nyacyonga and others who come from Rwamgana to Nyagasambu, since travel within the province is allowed, and from here they want to find ways to get in the City of Kigali,”

“People have been coming up with different tricks to violate provincial boundaries. The first days of reopening we got many people, between 100 and 200 daily, and we asked them to go back where they came from,” Kabera said, adding that Police has had to work tirelessly to deal with the many cases of similar violations.

The Police Spokesperson said that for the first two days, hundreds of motorists were booked for failing to beat the curfew, where movements are not permitted between 8pm and 5am, while in some cases many people were found to violate social distancing and safety measures.

“We are seeing some improvement on how people wear masks or attempt to put a distance between each other. This had been difficult in the first days but people are adjusting well but sensitization must continue for people to know the importance of wearing a mask and ensuring physical distancing. 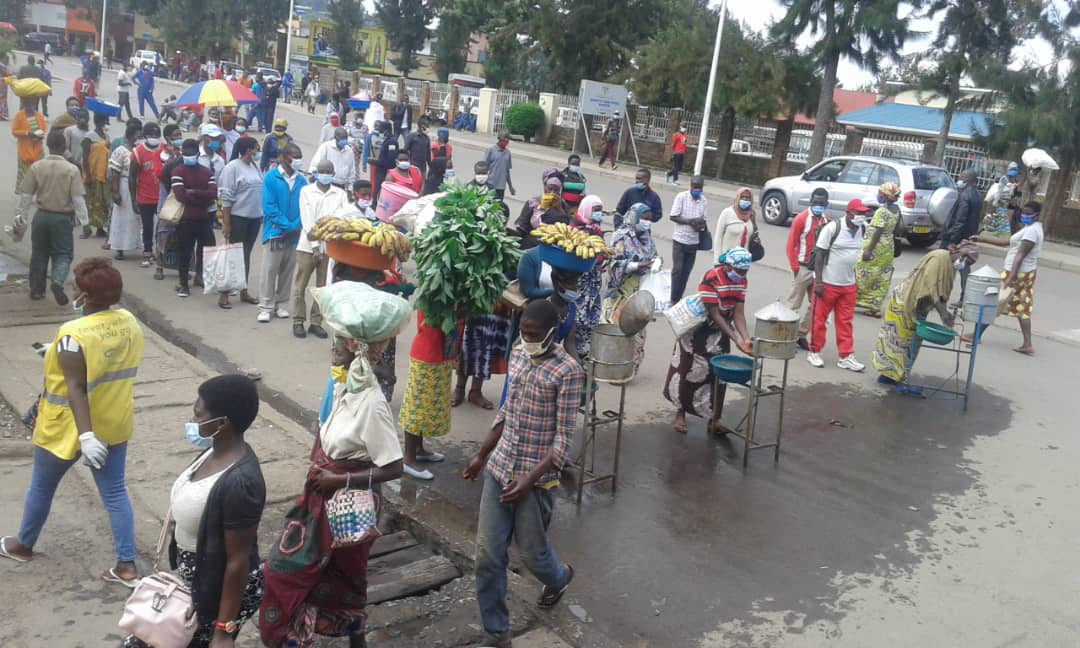 CP Kabera revealed that in some cases, some people were caught engaging in illegal gatherings to drink yet social meetups are not allowed. He said people who are no adhering to measures will be detained and fined.

“I want to be clear. We are going to deal with all people who are not paying attention to the measures, including pedestrians who don’t wear masks or wear them wrongly. If you are driving, wear a mask, if you get out of the car, still wear your mask please,” Kabera warned.

“Just do what the measures require you to and nobody will arrest you. Police has no problem with citizens. Our issue is with COVID-19,” he said.

On violating the curfew, CP Kabera denied reports that people who are caught by the curfew are made to sleep in the stadium, saying that they are taken to stadiums as preferred locations to gather people and assess their reasons for not meeting the curfew hour, case by case, before taking the next course of action.

He said from the stadium, some people are facilitated to get home if they had genuine reasons, like not getting a bus yet they were in the bus terminal while those who lie about where they had been or had no valid reason for staying out late are transferred to lawful detention centres, where the need arises.

“Stadiums are not Police cells. Stadiums are for sports and other activities but now that there are no sporting activities, we use the facilities to bring together these people and sensitize them,” he said, adding that often there too many people and their cases cannot be assessed by the roadside.

“We cannot asses all these people at once. We know there are some people who delay for valid reasons but all people who are late are required to go to the stadium and explain themselves, to avoid having Police officers on the road overwhelmed,” Kabera said. 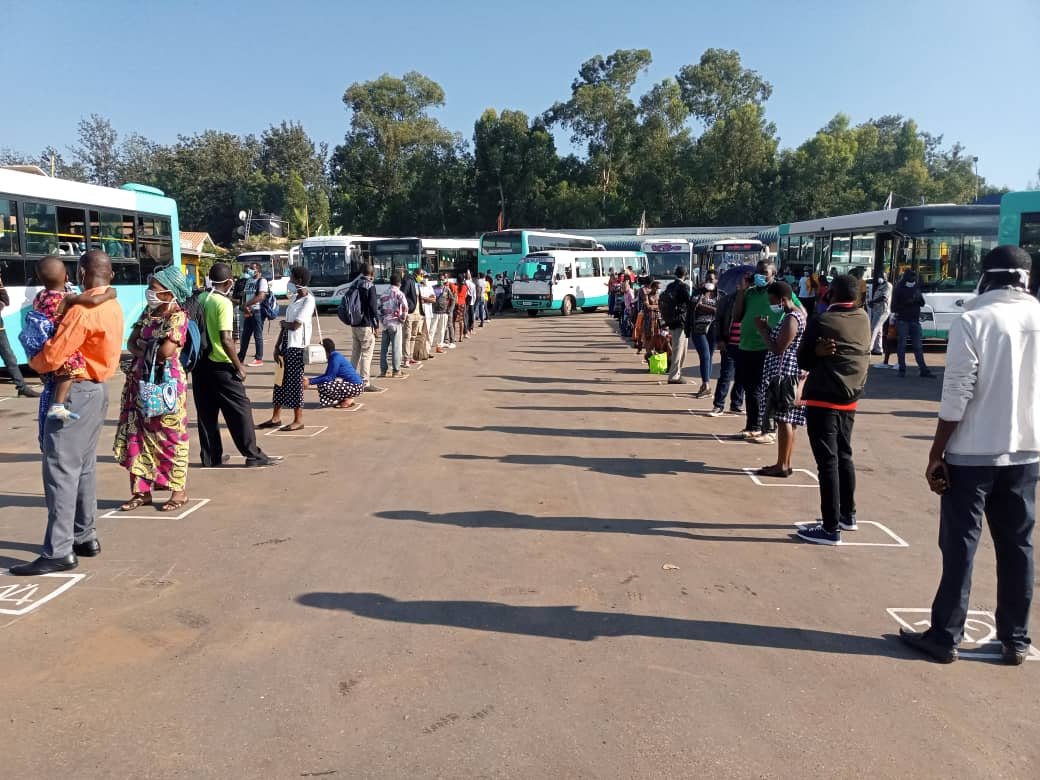 He said the biggest challenge remains with many people who want to justify their lateness to get home on time and want to put pressure on Police to let them go when they are intercepted. He, however, said that nobody sleeps in the stadium.

“Once we sensitize them, they all go home and Police officers go home too,” he said, adding that Police’s job is not to make life difficult for citizens but rather help them understand and respect the measures.

CP Kabera said that in some cases people who are caught out by the curfew are randomly subjected to the alcohol test and they are found to be drunk while others are caught in the act of lying to police officers to justify movement.

“We have cases of people who move with a bunch of bananas in the car. You find them in Nyamirambo, they say they are from buying food, you find the same person in Kimironko, they still have the same excuse,” Kabera said as he revealed some of the tricks people use to beat the curfew.

On the Province-to-Province movement, Kabera warned people against violating provincial boundaries, pointing out that those caught will be arrested.

He, however, said that people with legitimate reasons are given a green light to travel from one province to another, citing people going for burial, treatment and those going to provide essential services but they must have clearance.

Rwanda is in the second week of partial reopening which the government said will be used to determine the next phase, based on the assessment that will be made in line with the prevention of the spread of COVID-19.

Watch Me After COVID-19 – Jolis Peace to Fans