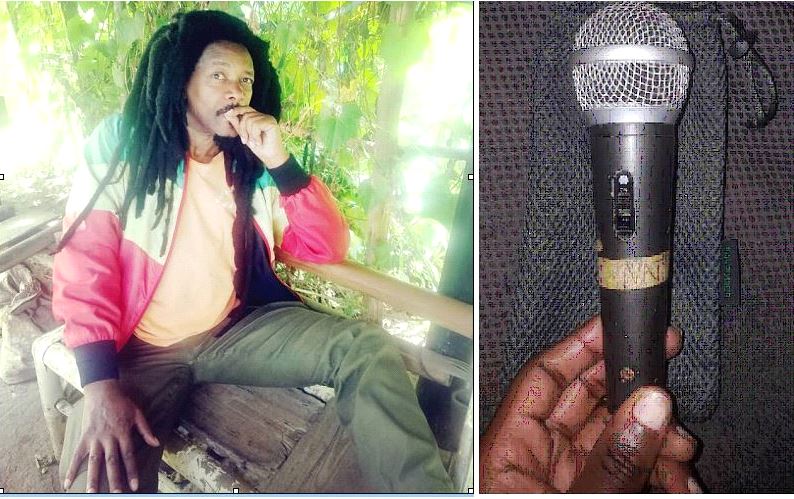 Rwanda’s reggae artist Natty Dread revealed that he owns some of personal belongings of reggae icon Bob Marley including a jacket, a belt and a microphone.

Natty claims that Bob Marley gifted him the microphone in 1979 when he was with him backstage because “he believed in a young talented Natty.”

“Bob himself gave the microphone that I treasure most and I always move with it whenever I go. Even now I have it in my car. He also gave me a jacket and a belt because he loved me and believed in my music spirit,” says Natty.

Asked the authenticity of his story, Natty bragged around that he invited Bob Marley’s mother in Rwanda in 2000 and during her visit, many people verified with her the story and it checked out.

According to Natty Dread, he first met the reggae legend when he was 14 years old in Jamaica, Kingston at Bob Marley’s iconic home in late 1970s.

Natty Dread came to Rwanda in 1996 for the first time and quickly gained fame as a musician after redoing a popular song Ab’iwacu Muraho.

The singer is blessed with seven children living in Uganda, USA and Germany including his oldest daughter who is also a musician.

Natty Dread also claims that he bears the citizenship of 5 countries Rwanda, Germany, Israeli, United Kingdom including and Uganda, where he was born.