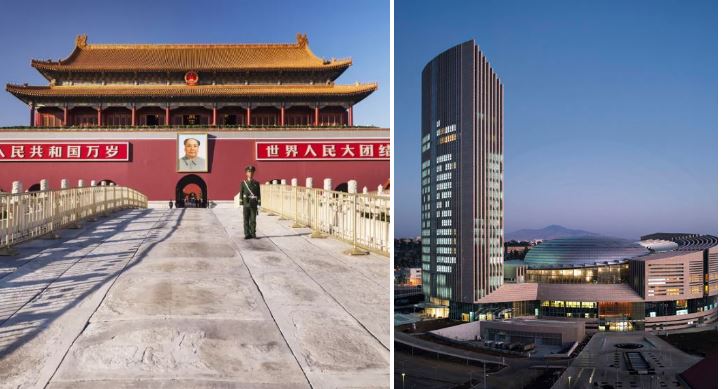 At the recent extraordinary China-Africa Summit on solidarity against COVID-19 held virtually on 17 June 2020, President Xi Jinping reassured African leaders that “China shall never waver in its determination to pursue greater solidarity and cooperation with Africa”, in spite of the evolving international landscape.

In his generosity, the Chinese leader promised further strengthening the China-Africa cooperation through a number of initiatives, including strengthening Africa’s disease surveillance and healthcare delivery, and revitalizing the continent’s economies. For instance, he pledged that China will “continue to help African countries by providing supplies, sending expert teams, and facilitating Africa’s procurement of medical supplies in China”.

He then stated that “China will start ahead of schedule the construction of the Africa CDC headquarters this year”, work with Africa to fully deliver the healthcare initiatives adopted at the FOCAC Beijing Summit as well as speed up the construction of China-Africa Friendship Hospitals.

On economic revitalization, the Chinese leader promised that China will cancel the debt of relevant African countries in the form of interest-free government loans that are due to mature by the end of 2020, and work with the global community to give African countries greater support by further extending the period of debt suspension to help African countries tide over the current difficulty created by the pandemic.

President Xi,  further stressed that China will explore broader cooperation with Africa in such new business forms as digital economy, smart city, clean energy, and 5G to boost Africa’s development and revitalization. He highlighted the need for “closer cooperation between China and Africa”, given the new opportunities and challenges created by the COVID-19 pandemic.

He then promised to stay in close touch with his African colleagues to consolidate the friendship and mutual trust, support each other on issues involving the respective core interests both sides, and advance the fundamental interests of China and Africa.

We applaud China for the show of commitment to the African continent, and the enormous assistance it has given the continent over the years. We can record China’s landmark infrastructure projects across the continent, its massive human capital development initiatives in all African countries and the immense medical assistance during the Ebola crisis in West Africa and the fight against COVID-19 in African countries.

However, even when Africa does well, African leaders are the first to underrate the continent’s performance only because they want donor sympathy. For instance, in the current fight against COVID-19, although major forecast said Africans would die in the street from the virus, fatality rate of the virus on the continent stands at 2.68 percent with confirmed cases of 283,406 in 50 countries with about 1.3 billion people, compared to global fatality rate of 5.30percent, and more than 14 percent in the UK and Italy and over 18 percent in France (United Nations estimates, May 2020).

But our African leaders failed to take pride in this gain. In the joint statement released at the end of the Summit, Africa saw herself as the underdog in COVID-19 fight, and signed a statement that “express deep concern over the unprecedented, immediate and consequent challenges posed by the global spread of the COVID-19 pandemic to people around the world, especially its major impact on the lives and health of the African people”.

The statement further emphasized the importance of public health issues to global peace and security and the well-being of people around the world, “particularly the fact that Africa is extremely vulnerable to the ravages of this virus and needs solidarity and support”. They even failed to acknowledge the fact that some African countries have produced and distributed test kits and some herbal treatments which are currently being tried on the continent.

We appreciate the continuous engagement of China with the African continent and support to drive Africa’s progress; but African leaders must learn from China’s development path. Even in China’s struggling days, it took pride in its strengthens and tapped into external resources to build on its resources.

When it trained its people elsewhere, it brought them back home and indigenized the knowledge acquired. China has again reaffirmed its commitment to the continent in constructing an African CDC and China-Africa Friendship hospitals; what resources are we as a continent putting together to ensure that these facilities, when constructed, will be managed efficiently?

Instead of China continuously dispatching “expert teams” and “facilitating Africa’s procurement of medical supplies in China”, can our leaders engage China in more responsible ways that lead to the development of indigenous knowledge on the continent to enable us produce more of our own supplies?

What about the commitment to spur Africa’s drive to digital economy, smart city, clean energy, and access to 5G technology to boost Africa’s development and revitalization; what preparation are we making as a continent to position ourselves to exploit these promises when they become truly realized so that we boost our economies and reduce our level of dependence?

The China-Africa Friendship will only be a true “win-win” relationship when Africans can come to the table with some strength; and our African leaders are charged with the responsibility to ensure that Africa discovers and maximizes her strength and stop dwelling on her weaknesses.

Alexander Nuetah, (PhD) is an Associate Professor at the University of Liberia