On March 13th, the minister of agriculture informed parliament that despite the 14% growth of the sector, the agriculture sector is not moving at a fast speed as expected because of low human of which most of them are aging.

Minister, Dr. Geraldine Mukeshimana said that Rwanda needs to focus on increasing human capacity (which is at 25%) in the agriculture sector by encouraging young Rwandans to join the farming as a professional career in order to improve the sector.

She suggested that parliament should push for the establishment of large scale agriculture Technical and vocational education and training (TVET) in Rwanda’s education system and stressed that it would be very difficult to improve agriculture without youths.

“We see this as a difficult challenge but in five to ten years, we want to start encouraging young farmers since there is no technical school in agriculture,” Mukeshimana said.

As the establishment of an agriculture TVET School remains under discussion, some farmers funded by government have an unprecedented manner to pass on their legacy in different ways.

The farmers are among those whose 959 bankable agro business plans were selected to receive financial support ((Rwf2.6billion) through the ministry of agriculture, Project for Rural Income through Exports (PRICE).

One of them is Theresa Nyirangwabije, 58, who joined a family coffee trade at age six and at 13 years of age she had 15 coffee trees which produced 10kgs.

Her parents helped her sell the first coffee produce earning Rwf5 back in 1975.

“There is nothing that I don’t know about coffee because my parents gave each of us a handful of coffee trees to look after and we used to compete on who is better at it,” Nyirangwabije explains.

Though she left for further studies and worked as a sector secretary, her childhood experience with coffee remained a major drive to return home to start a local cooperative, which also encourages young women to join coffee growing.

Since then she has never left the coffee business and is now a chairperson of Twongere Ikawa Coko- a Gakenke district coffee cooperative with 11 shareholders and capital of Rwf165million.

Nyirangwabije says that the only difference is back then, coffee was the only cash crop to grow and they used to roast and sell in markets, but today diversity in crops to sell on international markets has reduced youth interest in coffee.

Though she cannot give coffee trees to youth in her community, as head of the cooperative Nyirangwabije has initiated a youth coffee program through offering life skills specifically for the girl child.

Nyirangwabije says that before coronavirus, the cooperative launched a girl’s tailoring school, which is pro-bono and the only criteria to join is to own at least 100 coffee trees, and most of the 30 village girls in first intake are school dropouts.

“I realized most of us ageing out and yet our youth want quick money. By starting a school where girls can learn tailoring they can earn but also get coffee growing skills as an additional knowledge so that they can love coffee and replace us,” Nyirangwabije explains.

Berancilla Bazubagira, one of the tailoring student with 150 coffee trees wants to follow in these steps.

“I came here for life skills after hearing of the opportunity but since then I have developed love for coffee tasting and want to pursue that,” she said. 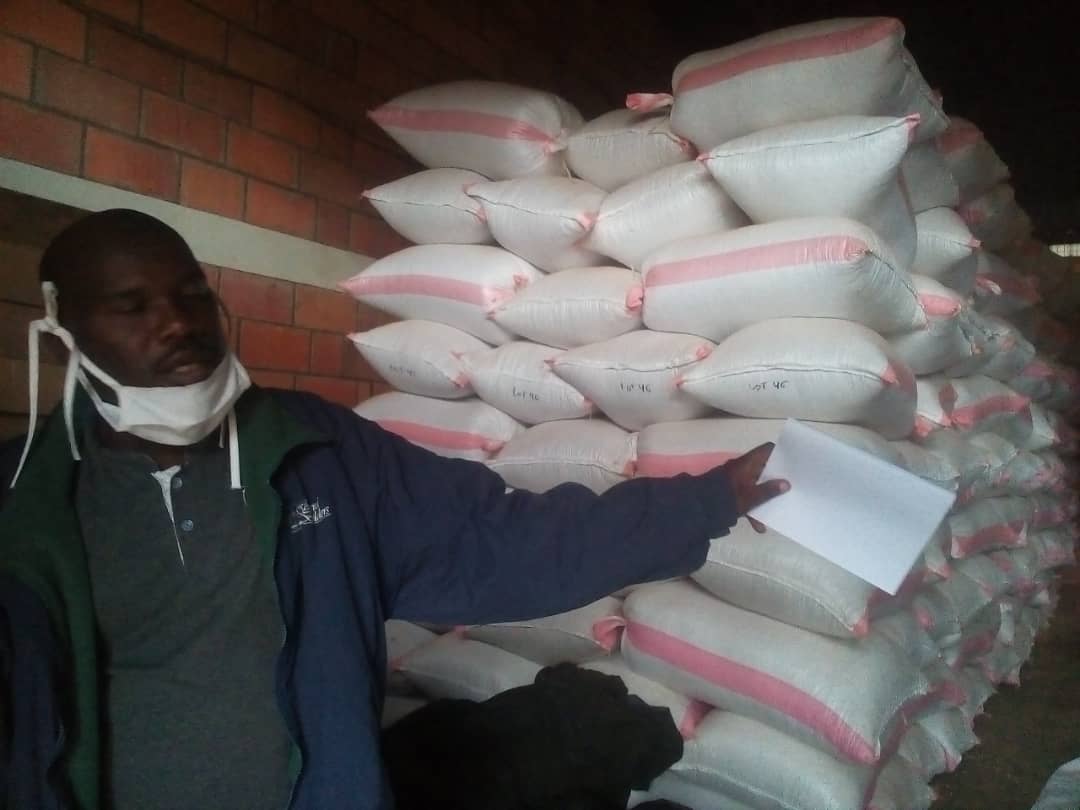 This has enabled the cooperative to provide coffee jobs for over 100 youth in the coffee production chain. They are all employed on basis of having at least 100 coffee trees.

Initiatives to promote farming among children have also started in Cooperative Abakunda-Ikawa of Gakenke district which started in 1999 as an association with 300 members.

The cooperative has grown to include 2000 members with only 288 youths among them and the rest aged beyond 50.

It has won several national awards, which gave it an opportunity of international markets. Last year, it sold 268,800 tons of coffee.

The cooperative has cleared a loan of Rwf48million injected in coffee education and last, it managed to give its members 100,000 coffee stems.

Anastase Bizimana, the cooperative president says all this would be vanity, if no youth are involved, thus initiating a youth mobilization plan through “Cup Abakunda Ikawa”-a football competitions launched in 2018.

The criteria is each football team must have 100 coffee trees, and the cup finalists get between Rwf80,000 and Rwf200,000, training in coffee and also a chance to get employed as first priority.

“We started with a handful of participants about 100, and when others heard of these opportunities they enrolled,” said Bizimana. 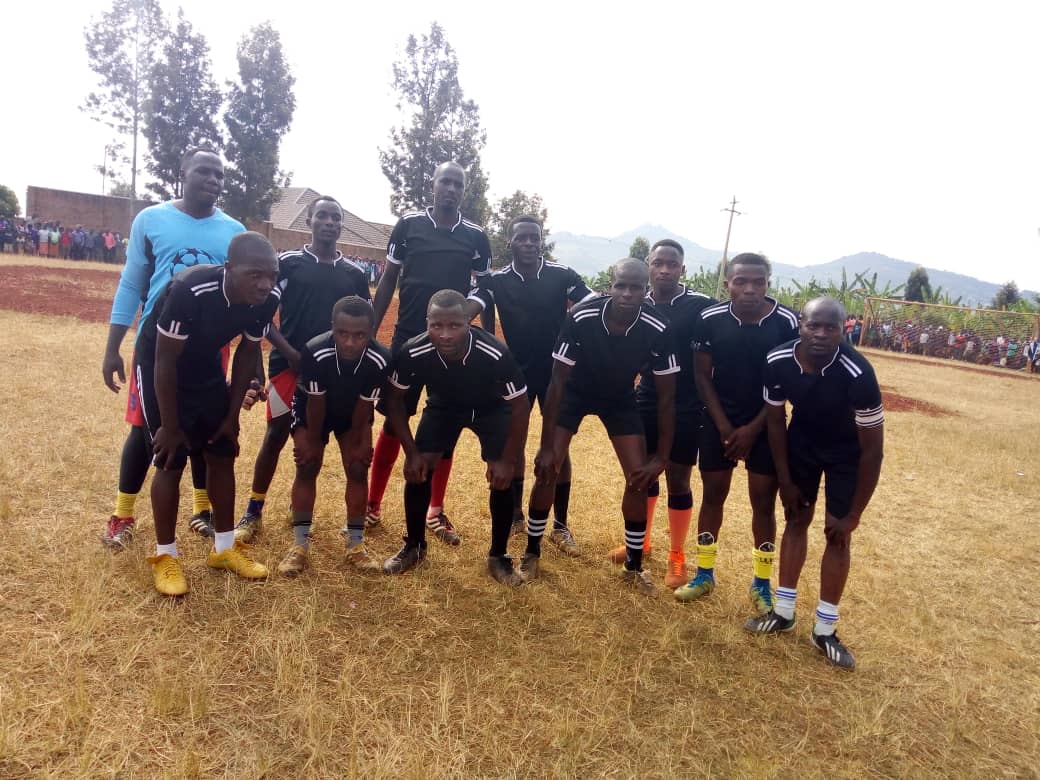 Bizimana says that with Covid-19 this year, the completion won’t happen but the Cup funds will be injected in another campaign.

“Since we cannot play, we are launching a village campaign called “Bring Two’ to highlight available opportunities in coffee, manure manufacturing, and pig keeping among others,” he said.

Farning education, bringing on board the youth is not a particularity of coffee growers. Horticulture farmers are not sitting back either.

Anastase Munyaneza, 45, an orange farmer in Rwinkwavu sector, Kayonza district who started a food crop farmer has got a lot to teach the youth.

Through the PRICE project grants, he received free training in fruit growing, 500 orange stems and 800 avocado stems to start up a 4 hectares fruit farm where he had invested Rwf500, 000 in purchasing land.

“I have made Rwf2.4million in the first orange harvest and I expect each fruit tree potential to give off a maximum of 600kilograms every six months for the next 50 years,” Munyaneza says.

Munyaneza says he cannot shift to the city to look for another lifestyle and has invested in education of his four children and one of them, is already interested in father’s business.

“I didn’t force him to join farming but as an elder son he must have seen the golden opportunity here,” Munyaneza said.

His son, Fils Munyaneza is a student of Business Information & Technology at University of Tourism and Business (UTB-Gisenyi).

His intention is not to be a farmer but to help his father sell big and manage his finances.

“My big plan is to help using social media marketing to post our produce, to get more buyers on top of the local market as a way of preserving the business,” said Munyaneza Junior