A cabinet meeting chaired by President Paul Kagame on Friday, August 14, made key appointments in Rwanda’s diplomatic ranks and key institutions, a development which saw some former prominent figures in government bounce back.

Among key faces to bounce back is Amb. Olivier Nduhungirehe who was appointed Rwanda’s Ambassador to the Kingdom of Netherlands.

Nduhungirehe was dropped from cabinet by President Kagame on April 9 “for consistently acting based on personal opinions over Government policies while serving as Minister of State at the Ministry of Foreign Affairs and International Cooperation in charge of East African Community,” according to a statement that was issued by the Prime Minister Dr Edouard Ngirente.

Amb. Nduhungirehe took to Twitter to thank President Kagame for showing trust in him again and promised to deliver to the best of his expectations.

“I am deeply humbled and grateful to H.E. @PaulKagame for his trust, as he appointed me Ambassador-designate to the Kingdom of #TheNetherlands,”

“I commit to use my energy and experience in promoting good relations and economic exchanges with NL and other countries of accreditation,” Nduhungirehe, who is not new to diplomatic circles, tweeted.

Prior to being appointed State Minister in August 2017, he had served as Rwanda’s Ambassador to Belgium, and Deputy Permanent Representative at Permanent Mission of Rwanda to the United Nations in New York. In The Hague, he replaces Jean Pierre Karabaranga who was moved to Dakar, Senegal.

In another prominent rebound, Théoneste Mutsindashyaka, who previously served in different high-ranking positions in government, was appointed Rwanda’s Ambassador to Congo Republic.

Mutsindashyaka has previously served as Minister of State for Education in charge of Primary and Secondary Education until 2009 and as Governor of Eastern Province. He also served as a Director-General in different government institutions and as the Mayor of Kigali

In 2013, he was appointed the Executive Secretary of the Regional Centre on Small Arms in the Great Lakes Region, the Horn of Africa and Bordering States (RECSA) until May 2018 when he handed the mantle to Lt. Gen. Badrelidin Elamin Abdelgadir at the end of his tenure.

The former Mufti, who before that was Rwanda’s Ambassador to Egypt, was not given a new position.

In April 2015, Nyiramatama was appointed the Head of the AU Liaison Office in Chad by the then African Union Commission (AUC) Chairperson, Dr. Nkosazana Dlamini Zuma, with an office and residence in the Chadian capital N’Djamena. 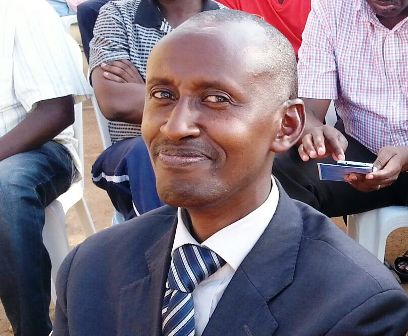 Also, bouncing back was the former Minister of Sports and Culture Jullienne Uwacu who was sent to the Ministry of Local Government as the Executive Secretary of the Genocide Survivors Fund (FARG) replacing Theophile Ruberangeyo.

The former Mayor of Gasabo Stephen Rwamulangwa was appointed the Coordinator of the Single Project Implementation Unit (SPIU/IFAD) in the Ministry of Agriculture and Animal Resources (MINAGRI).

In other key appointments, the National Agriculture and Export Board (NAEB) got a new CEO in the names of Bizimana Claude while Sandrine Urujeni was appointed the Chief Operations Officer (COO).