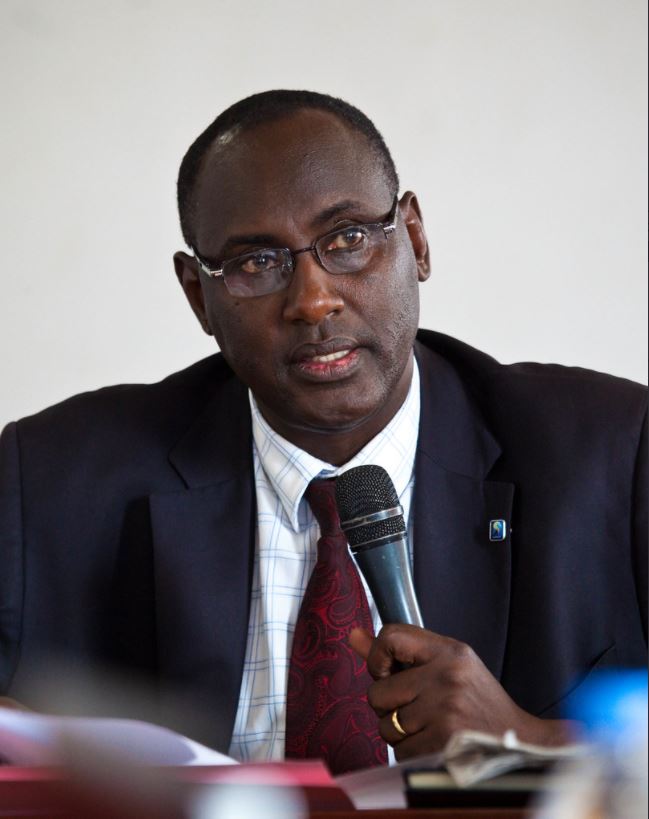 One of Rwanda’s most seasoned diplomats Amb. Kamali Karegesa has passed on. The death of Karegesa was announced by the ruling party Rwanda Patriotic Front (RPF- Ikotanyi) on Tuesday via Twitter.

“On behalf of the @rpfinkotanyi family, the Secretary General Hon. François Ngarambe joins in mourning the family of Ambassador Kamali Karegesa who passed away on Tuesday due to illness,”

“Ambassador Kamali will be remembered for his dedication and service to the country. May God grant him eternal rest,” a brief RPF statement reads.

Until his death, Amb. Kamali, who served in a number of Ambassadorial roles in Uganda and South Africa, was working at the RPF party headquarters in Rusororo, as an Advisor to the Secretary General.

In an interview with KT Press, Sen. Tito Rutaremara, one of the key figures and elders in RPF, described Amb. Kamali as a ‘top cadre’ who selflessly worked for the party and the country to his level best and was still serving at the time of his death.

“He was a cadre to the core. He served with all his heart and contributed to nation building as a member of RPF. I know him from the time when he was a young man until the time of his passing,”

“He was an intelligent and dignified man who knew how to crack jokes and tell great stories. He was also good at deeply analyzing issues. He will be missed greatly by those who knew him,” Rutaremara said.

Amb. Karegesa was Rwanda’s Ambassador to Uganda until October 2009 when he was posted to Pretoria as Rwanda’s High Commissioner to South Africa, a position he was recalled from in 2011.

On October 16/03/2012, he was appointed the first head of the Chancellery for Heroes, National Orders and Decorations of Honour (CHENO), a National Institution responsible for the identification of persons or groups of persons who have distinguished themselves in performing heroic acts and in rendering exemplary service to the nation, a position he served in until October 2014.

Stop Dragging the Youth Into Evil – Jay Polly to Artists