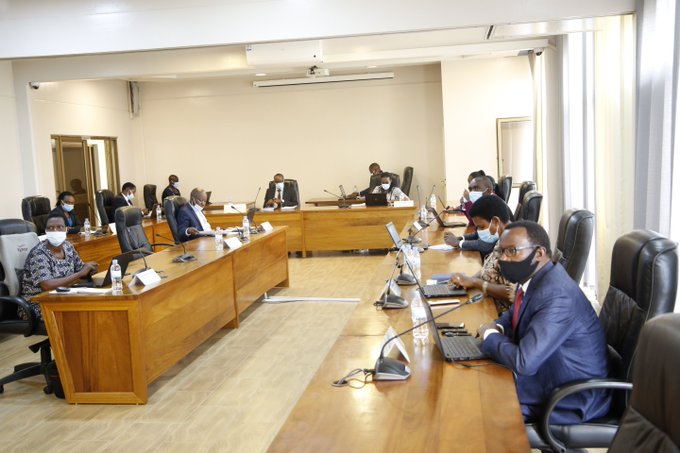 District and Directors of hospitals have confessed to failure in implementing compliance recommendations made by the Office of the Auditor General (OAG) reports but queried concerns over their audits which are not done at the same time as other entities.

The confession and argument comes after several district hospitals which appeared before the ongoing parliament Public Accounts Committee (PAC) hearing on Tuesday, showed that though district hospitals have now been audited for the 6th time, their compliance audit points have greatly fallen backwards.

Overall findings also showed that financial audits for district hospitals were in adverse opinion (in terrible shape) which was reflected in improper financial entries, mistakes in bookkeeping and errors in basic financial skills.

Though the hospital officials and their district mayors attributed these previous failures to lack of skills (in new financial information systems- IFMIS) and human errors, they said that progress has been made.

For instance the OAG general pictures shows that 12 district hospitals had overstated internally generated revenue amounting to Rwf1.2 billion relating to prior periods and was recognised as revenue in the year under audit.

There were also unsupported creditors, a component which involves Rwf387 million in eight (8) district hospitals.

Rwinkwavu district hospital, which is at a low compliance (20%) said that their failure to perform well in financial statements were a result of understaffing in the finance department and using unskilled staff to account, however said that this has been resolved despite the audit showing failures.

“We had rough managerial issues but this has been resolved with filling the staff gaps but we are asking to be audited on the current financial year (2018/19) so as to implement recommendations in time instead of being audited previous years (2017/18),” said Dr. Espérance Uwayitu, the Rwinkwavu district hospital Director General.

Uwayitu asked that OAG audits be done at the end of each financial year just like other entities, that way they can show the improvements while presenting audit reports.

PAC chairman asked if this previous audit doesn’t help them to improve their performance but Uwayitu said that in that sense it shows that some things have not been done yet there is change.

The same issues were raised by Kinihira hospital (in Rulindo district) who also argued that auditing past years doesn’t help them to improve their general audit image and timely preparation for annual audits.

This same issue was in 2019 raised and requested by the Ministry of Health in the OAG audits conducted in April 2019.

However the Deputy Auditor General, Patrick Habimana stated that though they are considering the timely audit of hospitals ( as requested by the Ministry of Health) this is not a problem and doesn’t change the way lost revenues and booking keeping are done.

“Even if it takes six or more years, there are basic principles of accountability that have to be straightened and don’t need to be streamlined with the audit periods,” Habimana said advising that all audited institutions and entities have a right to correct and do proper accounting before OAG audits are done.

PAC chairman said that the request of hospitals being audited on the current audit year can be considered by the government in a year or two; however the fact that hospitals have been audited for more than five years, hospitals should be able to adjust quickly in clean accounting.

Despite this MPs were not impressed with some district retarded performances for example in the previous compliance evaluation district hospitals like Rwinkwavu (in Kayonza district) had reached over 60% but drastically dropped to less than 30%, of the standard 60% required pass mark by the OAG.

Jean Claude Murenzi, the Mayor Kayonza district said they were sorry for the mistakes done previously but there has been progress that should have been soon reflected in the next audits just like others.

Murenzi said that for example said the issue of the district dumping site that was recorded as uncompleted had been resolved but apparently surfaced in their failed areas though it doesn’t totally take away the fact of failed projects in the past.

Even with this defense, MPs rebuked district officials for failure to administer their budgets in community based infrastructures and tenders among others.

For example in Kayonza district, the OAG report showed that they paid over Rwf70million in an office material supply tender which was budgeted for Rwf30milion.

Kayonza District Executive Secretary, Hero Aaron Kagaba, said that this error was caused by demand for more office paper and it was also as a result of understating their needs but the error was corrected and it will never happen.

However PAC said this is no excuse for committing an error since the district has been operating for a long time to an extent that they cannot fail to know their demands in a tender.

MP Beline Uwineza said such acts show that Kayonza district has totally failed to improve its image in comparison to the previous audits and there is a need to awaken on the administrative level.

“Leave No One Behind” -President Kagame on SDG Financing