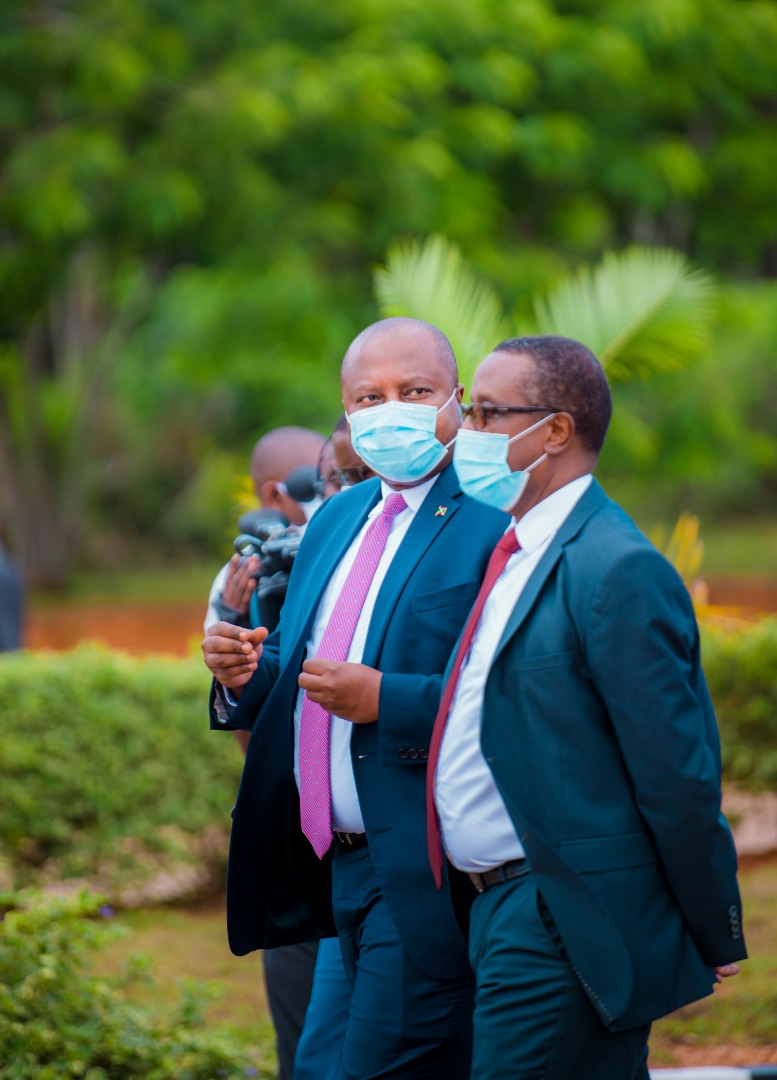 Dr Biruta and Amb. Shingiro discuss as they head to the meeting venue.

The Ministers of Foreign Affairs of Rwanda and Burundi are meeting at Nemba One Stop Border Post in Bugesera District to discuss ways of restoring bilateral ties between the two countries.

Rwanda’s Minister of Foreign Affairs and Cooperation Dr Vincent Biruta welcomed his Burundian counterpart Amb. Albert Shingiro and his delegation at 10am on Tuesday at Nemba where they exchanged greetings in a jovial atmosphere before they addressed the meeting and proceeding to meet in a closed session to discuss issues that need to be addressed.

It is the first time the two countries have officially met to discuss relations since 2015 when ties between the neighbours soured following the conflict that gripped the East African country, with Bujumbura alleging that Kigali backed groups that opposed late President Pierre Nkurunziza’s government.

Rwanda denied the allegations but relations between the two countries never stabilised. Following the election of President Evariste Ndayishimiye earlier this year, President Paul Kagame said that Rwanda was looking forward to work with the new government in Bujumbura to restore bilateral ties. 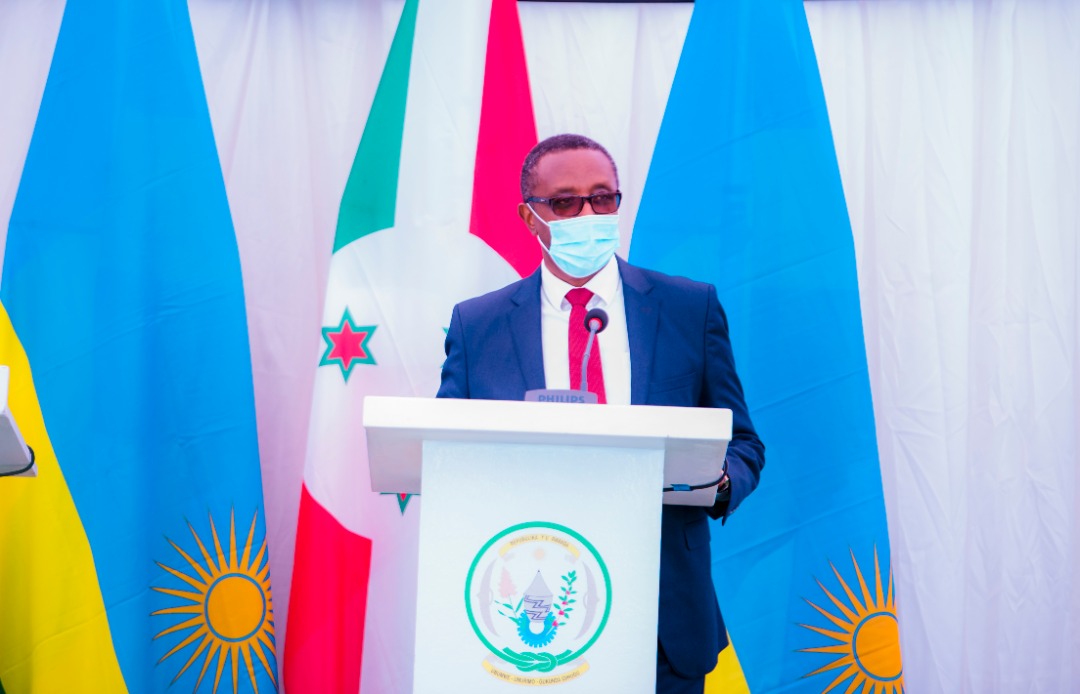 Dr Biruta speaks at the opening of the bilateral meeting.

The meeting at Nemba came after Bujumbura expressed the willingness to talk to Rwanda, with this being the first meeting for the Foreign Affairs Ministers. In his opening remarks, Minister Biruta said that Rwanda was willing to play its part in the thawing of bilateral ties, to ensure that the citizens of the two countries co-exist as they were before ties broke down.

“We would like to welcome you to Rwanda and to thank you for the decision to have this meeting for us to discuss, not only as neighbours but also as blood relatives, which is why we will speak in Kinyarwanda and Kirundi, without anyone translating for us,”

“Your visit today is a big step towards restoring ties between Rwanda and Burundi. I want to affirm to you that we are ready to do our part towards restoring ties between our two countries and to discuss existing issues and arrive at a solution. We are doing this because this is not only important for our governments but also our citizens who benefit when relations are good,” Dr Biruta said.

He said it is the beginning of talks which will see the full restoration of ties.

On his part, Amb. Shingiro thanked Rwanda for the warm reception and said that his government was looking forward to fruitful discussions and ‘less meetings’ as the two countries work towards faster and full restoration of ties.

“As the Government of Burundi, we came here to express our willingness to work towards restoring ties which were affected in 2015. We want to ensure that the issues that exist between our two countries are addressed so that we go back to existing as neighbours and relatives,”

“I have always told people who suggest that they want to mediate relations between Rwanda and Burundi that it is not possible because we known each other so well as relatives and don’t need anybody to mediate us. We can do this on our own and this is what we are doing today,” Shingiro said.

Amb. Shingiro said the Burundian Government is ready to work with Rwanda to restore ties.

He said that the Burundian Government is hopeful that the meetings which have started will be fewer and ensure that ties between the two countries are restored as soon as possible.

By press time, the Ministers were in a closed meeting. For more photos from the meeting, visit https://www.flickr.com/photos/kigali-today/albums/72157716538958541 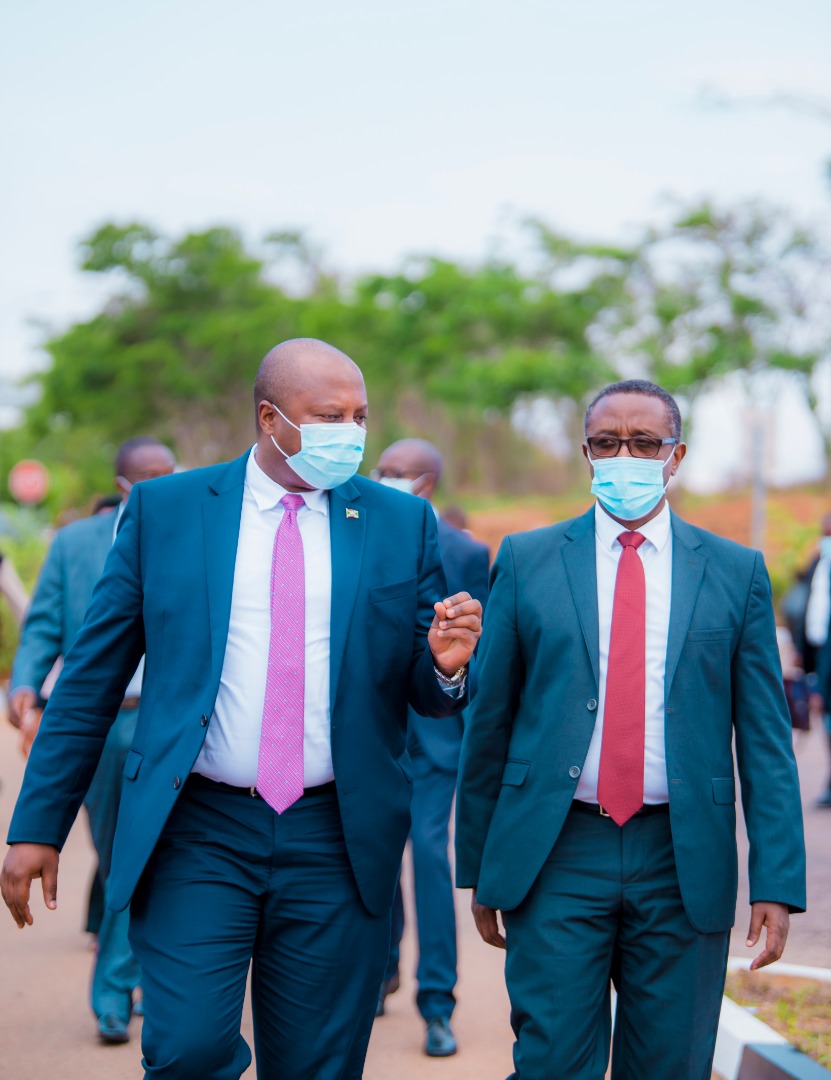 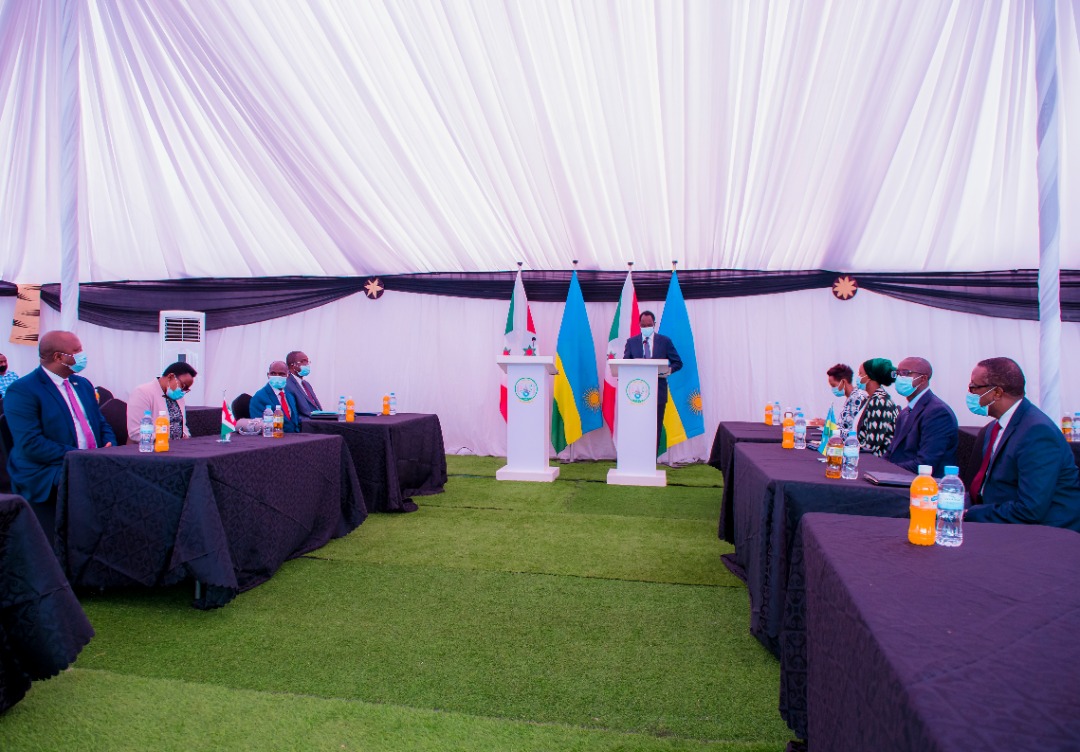 The meeting is happening in a cordial and jovial atmosphere. 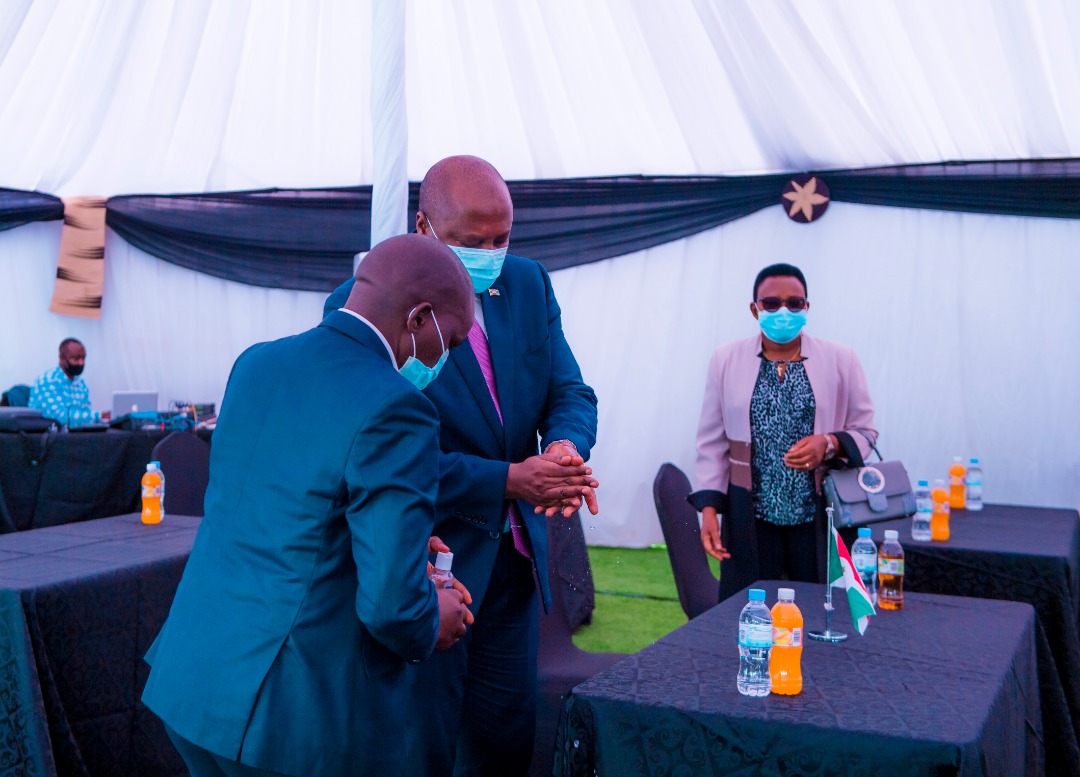 The meeting happened in observance of COVID-19 measures.