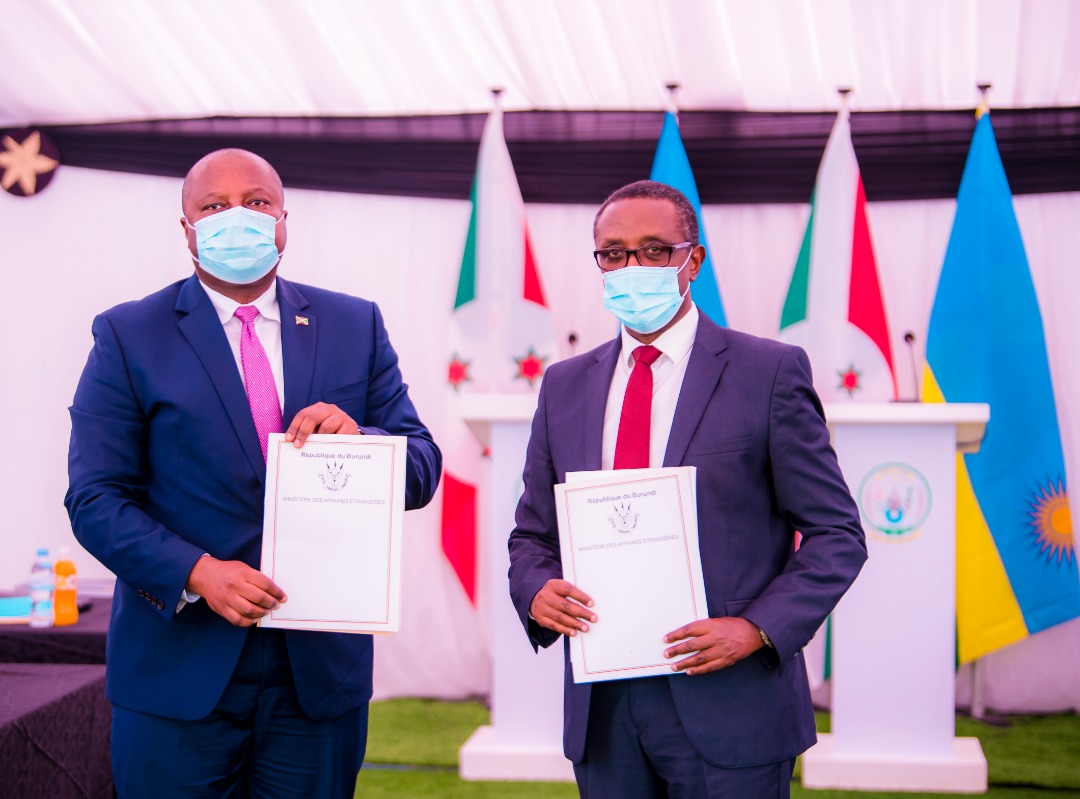 Rwanda and Burundi have embarked on a journey that will see the two countries fully restore bilateral ties, following the meeting of Foreign Affairs Ministers from both countries on Tuesday, October 2020.

Following closed door talks between Rwanda’s Foreign Affairs Minister Dr. Vincent Biruta and his Burundian counterpart, Amb. Albert Shingiro, the two countries agreed to iron out the differences that have plagued relations between the two countries since 2015, with a commitment to fast track the process.

A joint communique from both parties said that the first meeting between officials from both countries since 2015 when relations soured will be followed by more meetings, all aimed at finding solutions to existing issues, in line with the desire by both sides to fully restore relations.

“On the initiative of the Government of Burundi, His Excellency Vincent BIRUTA, Minister of Foreign Affairs and International Cooperation of the Republic of Rwanda, welcomed to Rwanda, his Counterpart, His Excellency Ambassador Albert SHINGIRO, Minister of Foreign Affairs and Cooperation for Development of the Republic of Burundi on a working visit,”

“The meeting was held at the common border of Nemba-Gasenyi, on October 20, 2020. This meeting falls within the framework of the shared desire to assess the state of bilateral relations between the two neighbouring countries and to agree on the modalities of their normalization,” the Communique reads in part. 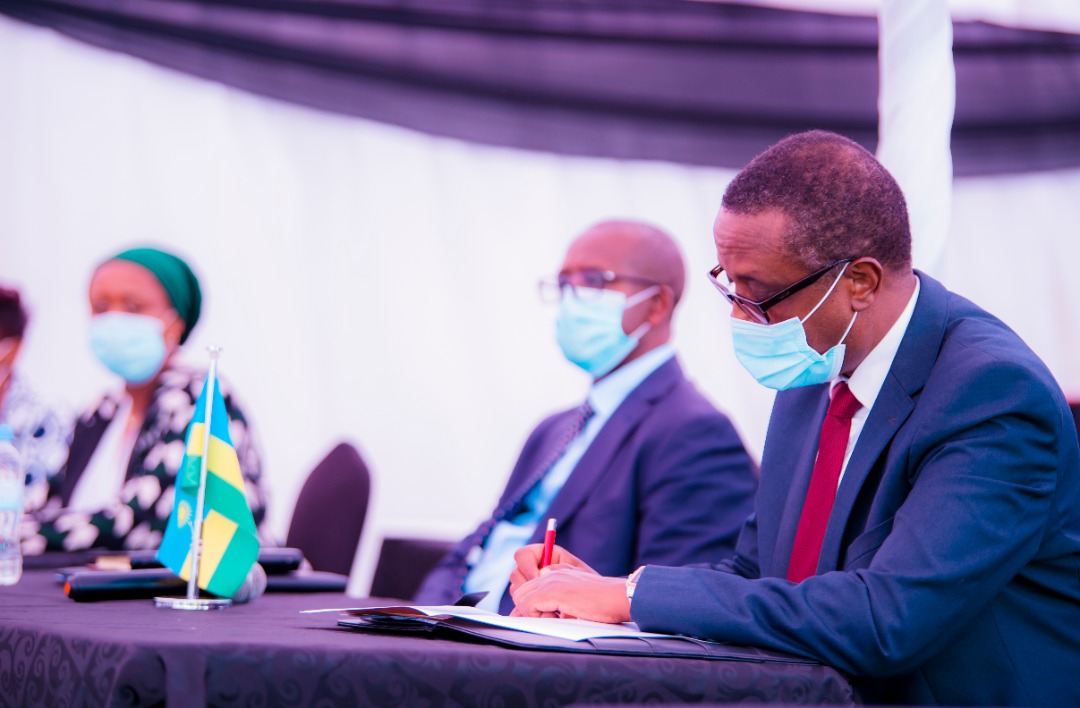 The two Ministers noted the existence of historic relations between Rwanda and Burundi as well as the challenges they face from 2015 to the present day and agreed on the need to continue regular contact in order to normalize relations between the two neighbouring countries linked by history and geographical proximity.

Following the meeting, Amb. Shingiro invited his Rwandan counterpart to pay a reciprocal visit to Burundi. The invitation was accepted on a date to be agreed between the parties through diplomatic channels.

In a post-meeting press conference after seeing off his Burundian counterpart, Dr. Biruta said the preliminary meeting will pave way for more meetings ahead, between different Ministries and responsible institutions from both sides, with the aim of setting the roadmap for reconciliation.. 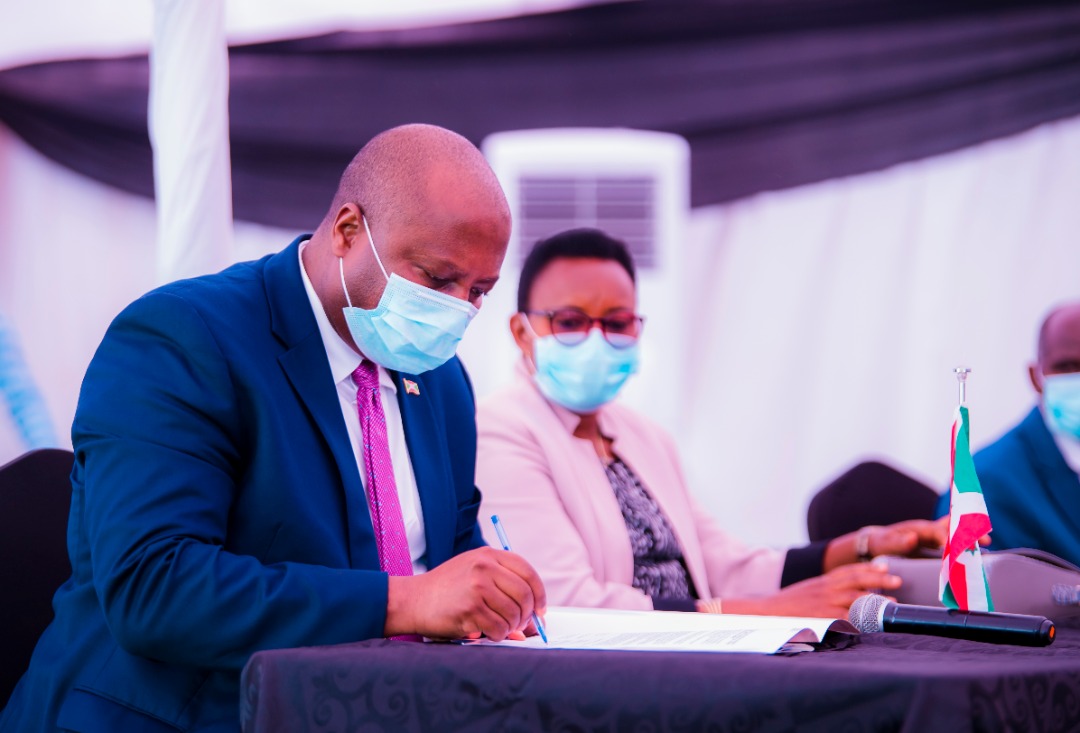 He said that the meetings will pave way for the meeting of Heads of State at the climax of talks.

“With my colleague from the Republic of Burundi, we have discussed issues of mutual concern, which have damaged relations between our two countries since 2015. We committed ourselves to attempt all measures to ensure normalisation of relations and stability of our countries,”

“We didn’t go into specific details but this was a preliminary meeting which will open up to subsequent meetings between various sectors. We have also agreed to have other meetings which will go into details of these issues which have existed between our two countries since 2015,” Dr. Biruta said, adding that the details of issues to be tackled in forthcoming meetings.

Regarding the meeting of Heads of State from both countries, Dr. Biruta said that it will depend on subsequent meetings of officials, which will eventually lead to the meeting of the Presidents.

“We will be having subsequent meetings regularly and then later Heads of State will also meet but that will be later,” Dr. Biruta said, pointing out that the meeting of Foreign Affairs Ministers was a major milestone, since it is the first since 2015. 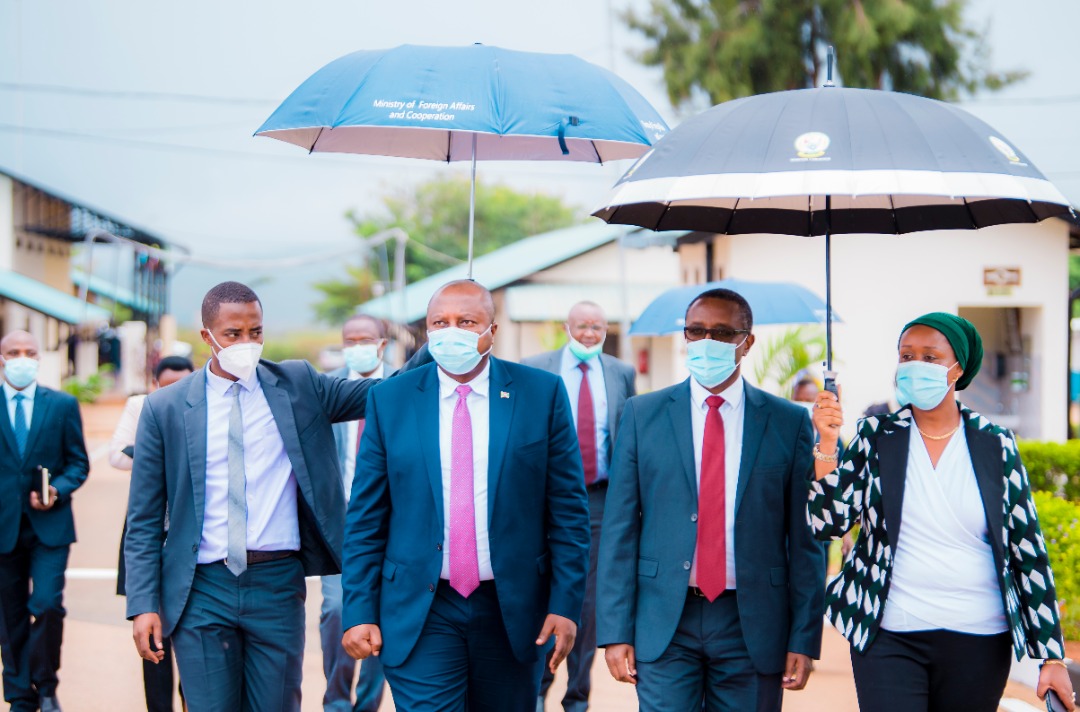 The Ministers head to the Burundian border after the meeting.

Relations between the two countries have been unwell since 2015, following the civil strife that followed President Pierre Nkurunziza’s decision to seek a third term which was met by protests and an attempted coup. Rwanda maintains that it did not support opposition groups which opposed the Burundian government.

Following the election of Maj. Gen Evariste Ndayishimiye in June, President Paul Kagame said that Rwanda was looking to defrost ties with Burundi but Bujumbura did not welcome the suggestion right away.

However, the meeting in Nemba, on the request of Burundi has opened the door