Former PM Habumuremyi Requests for More Judges in his Case 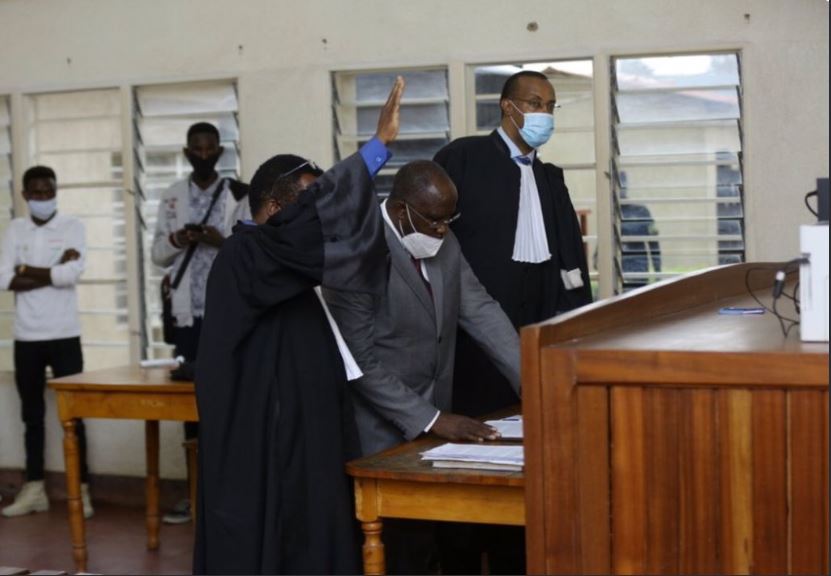 Former Prime Minister Dr. Pierre Damien Habumuremyi today reappeared in a primary court in Kigali to battle in depth, a case of alleged financial crimes committed as President of the Board of Trustees of the Christian University of Rwanda.

Habumuremyi who also before his arrest in July, served as the chairman of Chancellery for Heroes, National Orders and Decoration of Honour faced counts of breach of trust , offering unbanked cheques among others, which he has pleaded not guilty.

Despite challenges emerging from the new coronavirus, where court trials have gone almost digital, the former Premier has asked his trial to be in-camera on grounds of discomfort in responding to charges in the presence of many people.

Standing in Mageragera prison in Nyarugenge district and dressed in a pink inmates uniform with a matching color face mask, Habumuremyi alongside his defense team (one in prison and the other in court) agreed to stand trial which was in digital format.

The court judge and prosecution who were situated in Nyarugenge Primary court where also connected to the trial case and looked braced with using the online mechanism.

Before the trial commenced, Habumuremyi’s lawyer, Jean Pierre  Kayitare requested the court to beef up the number of judges to three on grounds that his client’s case was extensive and needed consideration from a different perspective.

When asked to comment on the suggestion, Habumuremyi said that it was behind the idea, however Prosecution interjected thrashing the proposal and telling the court that this was not initially brought up among the trial challenges of which the court has already moved beyond that point of presenting challenges.

But the suspect’s second lawyer maître Ernest Bayisabe determined to push the agenda counteracted the argument telling the court that this request is valid and was legally bound by regulation in court proceedings.

After an hour of debate, the court resolved to have the ex-premier’s request granted to add more two judges in the court on top of the presiding one.

With this stance, the in-depth case trial was immediately transferred to October 30, when the prosecution is expected to start revealing how the former PM was involved in the alleged fraudulent financial crimes.