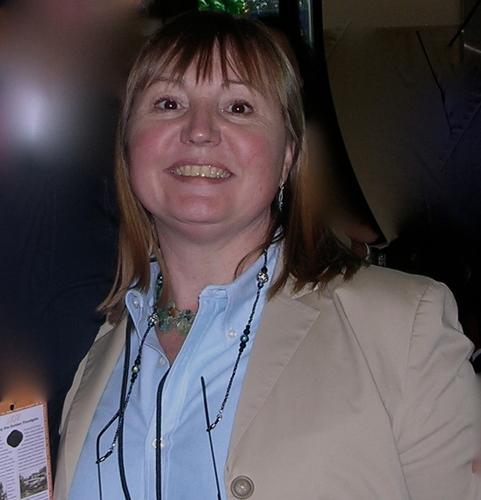 Kitty Kurth has been promising the Rusesabagina household ‘miracles’.

Kitty Kurth, the President of “Kurth Lampe Worldwide Ideas, Delivered,” a strategic communications firm, and spokesperson of the Rusesabagina’s foundation, seems to be running out of ideas since the arrest of her client in Rwanda. Surely, the Rusesabagina’s family may start to wonder if they will get a fair return on investment if, as promised, she doesn’t free their ‘hero’.

Clearly, the massive media onslaught against Rwanda in which the truth played second fiddle, isn’t producing the expected results. Kitty, showing that she is desperate, has hired Rob Curran, a freelance journalist, as a sub-contractor to produce an article that is yet another waste of the foundation’s money. It is so bad an article that Kitty shouldn’t pay for the heist.

Consider this argument that “Rusesabagina’s arrest and alleged abduction was an affront to everyone in the Lone Star State. It’s an affront because Texas has one of the world’s largest Rwandan refugee communities and because, in addition to being a Rwandan hero and a Belgian citizen, Rusesabagina is a Texan.”

What is an affront is that a terrorist was roaming amongst the good people of Texas unbeknown to them and the only reason they didn’t help to apprehend him is that contrary to what Kitty and her friend want us to believe, most people living in the Lone Star State don’t even know who Rusesabagina is. And if that’s indeed the case, on whose behalf are Kitty and her mercenary journalist expressing outrage?

What shows that Kitty is panicking is the new information she provided through Curran. “He (Rusesabagina) is a Texan”. Could it be that the Belgian citizenship, the American residency, the Bush medal and the ‘Hollywood Hero’ status were not enough to shield the terror suspect from the long arm of justice? Maybe Rusesabagina is from Mars, but then what? The man admitted to forming an irregular armed group. He also admitted that the armed group committed crimes.

“We formed the FLN (National Liberation Front) as an armed wing, not as a terrorist group as the prosecution keeps saying. I do not deny that the FLN committed crimes but my role was diplomacy,” Rusesabagina said.

One wonders how his new acquired Texan citizenship – if such a thing exists – would allow him to evade justice for crimes that he admits and of which compromising videos are available online. Is Curran’s argument that a Texan is above the law? That would be surprising considering the fact that “Texas locks up a higher percentage of its people than many wealthy ‘democracies’ do”. Clearly, something isn’t going well in Kitty’s mind.

One bizarre article after another, Kitty struggles to demonstrate her PR skills. Even in Curran’s article, she is quoted: “Kagame only wanted to have one hero in Rwanda, and it was not Rusesabagina!” Kitty and Curran surely know that every year Rwanda celebrates Heroes Day and that the country has many known and unknown heroes.

As elsewhere, not everyone is a hero in Rwanda. Rusesabagina is certainly not one of the heroes. For those who care enough to verify, they would know that the fictitious hero status was widely discredited by serious investigative journalists such as Linda Melvern through writings and interviews, former UNAMIR soldier Amadou Deme through an article published in 2006 and researchers such as Jos Van Oijen through a recent publication.

If Rusesabagina was targeted, it was not for his fake heroism. He was a target of the Rwandan judicial system for exactly what he admitted in court, his involvement in terror activities.

We know that Kitty can’t give up. That is what communication strategists are paid for. But she is desperately pushing Rusesabagina’s daughter to make a compelling case for her father based on emotions. The daughter would tell us how much she misses her father. She would tell us about her unconditional love for the man who raised her. However, what wouldn’t feature in that story is the tears of the bereaved families; the victims of Rusesabagina’s terror group.

Their pain is untold. Their tears are met with indifference. After all, they are no ones. They are not Texans. They are just ordinary Rwandans with no hero status to protect them. They too miss their loved ones. Unfortunately, they can’t even find solace in the idea that their loved ones are in jail, eating their favourite meals, receiving the best medical care Rwanda can offer. Curran and Kitty’s ‘hero’ made sure their loss was irreparable.