No Bail for Businessman Nkubili as Trial Date is Set 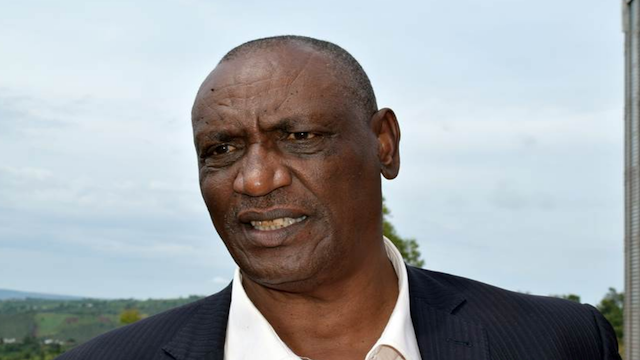 Embattled businessman Alfred Nkubili will remain in custody, pending trial which has been set for November 27 after Gasabo Intermediate Court ruled in favour of the tycoon remaining in jail.

Nkubili, through his lawyers, was appealing an earlier decision by the same court to keep him in custody, pending further investigations into charges of embezzlement, fraud, forgery and tampering with exhibits in a case he is accused of defrauding the government out of over Rwf2bn.

The impromptu ruling, which was brought forward from November 5, was made when the Eastern Province based businessman was admitted in the University Teaching Hospital of Kigali (CHUK) where he is undergoing treatment.

Earlier in the day, reports had circulated that Nkubili, who had appealed the bail decision on health grounds, had passed on but the rumours were refuted by Rwanda Correctional Service (RCS) and his family, which said through a statement that it was saddened by the false reports.

Nkubili, who is accused of defrauding the government in a botched fertilizer distribution deal, by creating ghost recipients and inflating the amount and cost of the farming implements, had appealed to the court to release him on conditional bail to get specialized medical care.

Among other charges, he was accused of breach of trust, forgery and use of forged documents, and confiscating items used in a crime.

He also offered security of Rwf9bn as security as well as sureties but the Gasabo Intermediate Court Judge Nubaha Murwanashyaka said that Nkubili was a flight risk and could not be released on bail as it is feared that he could escape Justice.

The businessman is accused of defrauding the Ministry of Agriculture and Animal Resources of billions in unsupplied materials and farmer implements.

Gasabo Intermedia Court said an earlier decision by the same court on August 26, stands as well as the initial decision by Gasabo District Court of August 11.

Nkubili’s lawyers argued that Prosecutors had confirmed that the investigations had been concluded and that there were no investigations to tamper with but the argument was dismissed by Prosecution which said investigations were still ongoing.

Nkubili had also offered to post Rwf9bn as guarantee for security for his conditional pretrial release but the request was rejected on grounds that only Rwf7bn was raised instead of Rwf9bn and that some of the properties staked were found to be already staked in financial institutions as collateral.

Nkubiri, who runs a company known as ENAS, is a renowned businessman especially in the Eastern Province, together with 11 others are accused of conniving to defraud the government out of billions, in fertilizer distribution tenders.

The alleged crimes were committed between 2009 and 2013, where Nkubili and others in the case are accused of not fulfilling the task of distributing fertilizers to farmers as expected. Nkubili has denied all the charges.

Nine of his co-accused remain in custody, while three have been released on bail but will still be held accountable. Nkubili’s trial is set to begin in substance on November 27, 2020.