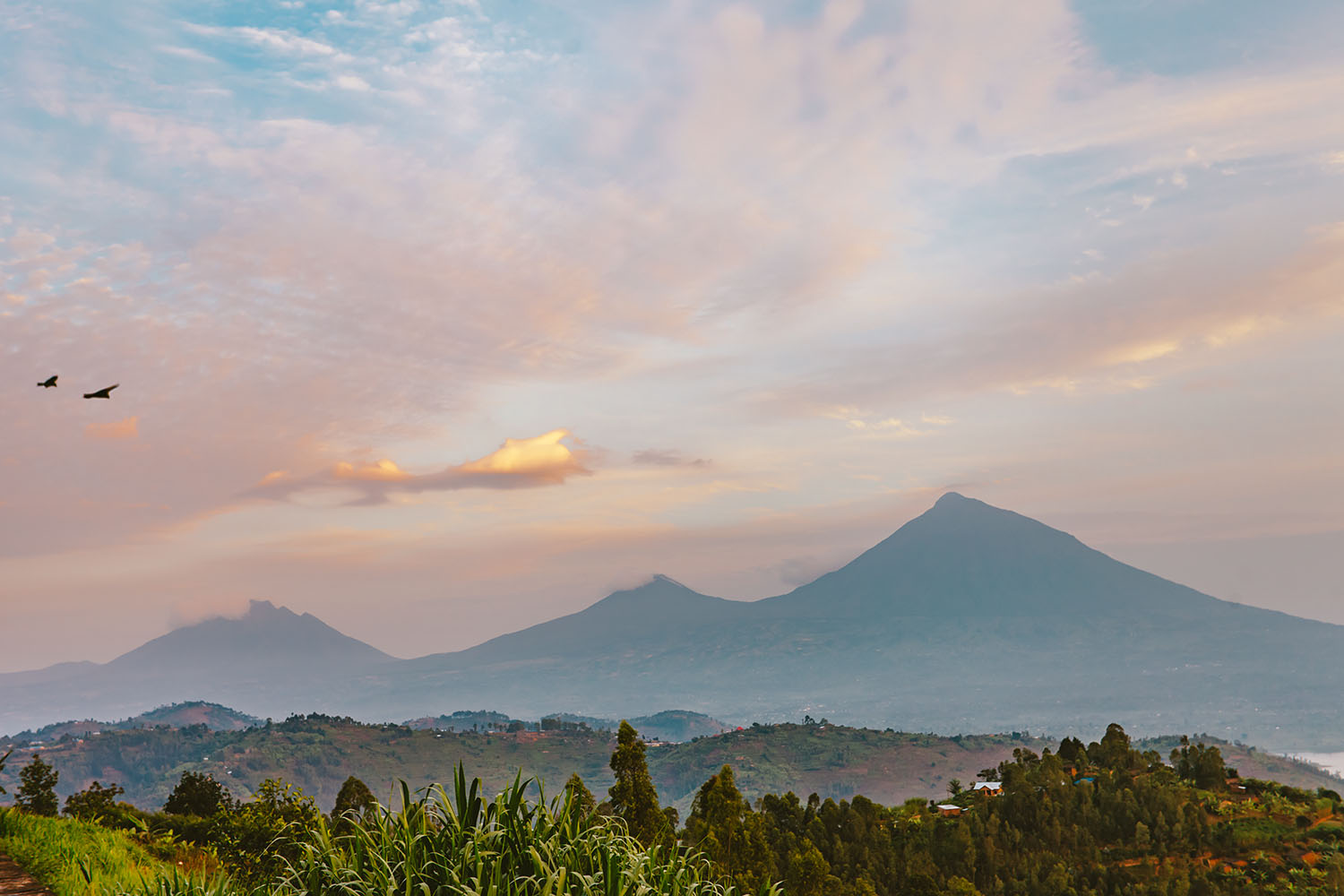 Politicians, journalists and bankers, come high on any list of the most distrusted people. This is not entirely fair. The trades are generally judged by their abuses, rather than their highest principles.

The Mail&Guardian’s reporting on Rwanda makes it especially difficult to defend journalism.

But what the paper practices, certainly in its articles on Rwanda, ought not to be confused with journalism.

The paper’s latest story on the supposed evil of the Rwanda Patriotic Front (RPF/Inkotanyi) is a bizarre hybrid between a book review and a story.

Journalists Judi Rever, Benedict Moran, and it seems with support from the paper’s editor, Simon Allison, teamed up to bring to their readers, an “Exclusive” in which “Top – secret testimonies implicate Rwanda’s President in war crimes.”

In the interests of full disclosure, however, both the “Exclusive” and “Top – secret…” ought to have been omitted from the headline.

The “top secret” material is familiar to anyone who has come across the post-genocide strategy of the planners and perpetrators of the 1994 Rwanda genocide against the Tutsi.

It is a simple, if breathtakingly audacious plan: take their crimes of mass murder of men, women and children, tweak it here and there, then blame it all on the hated enemy, the RPF, who stood between them, and completion of their “final solution”, to wipe out the Tutsi from the face of the earth.

In a way, this article, as many like it, was began many years ago, buy the genocide perpetrators themselves, in accusing their intended victims of the very crimes they themselves planned to commit. “Accusations in the mirror” or “human rights inversion” as it has been termed. The Mirror and Guardian piece is little more than an offshoot of the concept.

As the piece tells it, the RPF went on a cold, calculated campaign of gratuitous murder. The article offers no reason other than the RPF’s apparent congenital susceptibility to evil.

This was the same RPF which, during the war against the genocidal government of Habyarimana, was willing to risk the lives of its political cadres, to go into the communities to explain that the RPF was for all Rwandans, and the days of dividing Rwandans along ethnic lines would be at an end.

Having gone to such lengths to do one thing, we are now to believe that the RPF then went about alienating the very same people by murdering them. Not just congenitally evil, but perversely, self destructively so.

The victims are alleged to have been Hutu, although there are some Tutsi. The Hutu were murdered, simply because they were Hutu, and the Tutsi victims, because they would not go along with such evil.

It all sounds familiar. Look at the accusation through a mirror, and the Mail&Guardian would be close to telling some truths, although of course, they would neither be exclusive, or top – secret.

For Rever, who inexplicably has long been a willing member of the propaganda machine for Rwanda’s mass murderers, and who is clearly the source of the obscene allegations, the piece will have been an easy one to piece together.

She has done it all before, many times, both in articles and in book form.

In fact, it would have been more honest for the paper to have simply handed her the space, to do what she has spent years doing, demonising the RPF, apparently on behalf of Rwanda’s mass murderers.

The process for such articles is well established. There is an anonymous source, an eye witness to the detailed atrocities. The eye witness must be a Tutsi who is disgusted with the RPF.

The latest incarnation of this eponymous Tutsi, is “Christophe”, whose real name is of course dramatically withheld because the supposed murderous RPF would certainly take his life too.

Oddly, these individuals, in their disgust with the RPF always run into the warm embrace of sympathisers of genocide.

The eye witness’s account is then corroborated by deserters from the RPA (Rwanda Patriotic Army) as it was then, now, the Rwanda Defence Force, RDF.

The same RPA that executed those of its fighters, who, overcome by the sight of what had been done to their loved ones, took the law into their own hands, and went on to avenge their dead.

Again, we are to believe that having made what must have been a heart rending decision to maintain discipline within its forces, however trying the circumstances, the same RPA goes on to murder thousands, to contradict the very message, and principles, it was willing to sacrifice so much to uphold.
This particular exclusive has added verification however.

The United Nations (UN) is invoked. And not just the UN, but a special investigative unit within the UN. The Unit we are told uncovered these crimes, but the UN chose to conceal them, and have done so for twenty-six years, only to be “leaked” to the Mail&Guardian.

But here too, there is a problem of veracity. The main source of the allegations was the defence teams defending the planners and perpetrators of the genocide against Tutsi, at the International Criminal Tribunal for Rwanda (ICTR).

Some among these defence teams had their hearts and minds so apparently captured by those they were defending, that two decades later, they are still peddling the allegations manufactured in the fetid minds of their clients.

None other than Hassan Bubacar Jallow, prosecutor at the ICTR, dismissed these supposed investigations. The UN did not suppress them, they were judged for what they were, an attempt by the accused to distract from their crimes.

But Rever, and her fellow travelers, allegations against the RPF are not expected to stand up to any scrutiny. It is enough that they are repeated at every available opportunity. The point is to throw enough dirt at the RPF, in the expectation that at least some of it will stick.
The alleged crimes are so extreme, they could only have been imagined by the minds that planned and perpetrated one of the most harrowing genocides in human history.

They are clearly made up, based on the crimes the mass murderers committed during the genocide. Yet, the almost manic eagerness with which Rever and her co-authors of the piece, pour them out, repeatedly, verges on a prurient fascination with these horrors.

And the singling out of President Kagame is no accident. This too is a strategy hatched long ago.

In 1996, a meeting, grandiosely announced as a Congress, was held by the defeated genocidal forces, in their Democratic Republic of Congo (DRC) refuge, under the chairmanship of the former head of the Army, General Augustin Bizimungu. The meeting was to decide on the strategy for continuing the war.
Among its decisions, was the importance of winning friends around the world, especially in the media. These would then be used, if not to exonerate the murderers from the crime of genocide, at least to create enough doubt for history to be rewritten.

Most importantly, the person of Paul Kagame should be the constant target of attacks against the RPF. Two decades on, and these two objectives, with other decisions of the Congress, can be observed in much of what Rever and other friends of the genocidal establishment do.

The winning of friends in different walks of life, the media, academia, and even within some Human Rights organisations has notched up notable successes. Rever, and now it seems the Mail&Guardian among them.

The campaign to demonise President Kagame however, while it continues apace, may in the end prove self defeating.

It is a part of the plan that was always puzzling, coming as it does from a group of people who watch the RPF so obsessively.

They seem to have drawn a parallel with the genocidal governments, in which the head of state was the font of everything, to be virtually revered. The plan fails to take into account that such cult of personality is anathema to the RPF.

The intense, visceral hatred against President Kagame, as with his predecessor as Chairman of the RPF, the late Gisa Rwigema, as a way of undermining the RPF is misguided.

President Kagame’s personal qualities as a leader, a man devoted to duty and service to his nation, determine the success or otherwise of how the RPF principles of governance are implemented.

But the power and influence he has, is derived from the moral authority he earns, as an embodiment of the principles of the RPF.

It is what accounts for a popularity about which other heads of state can only dream. It is perhaps not especially surprising that Rever, and the Mail&Guardian fail to understand this.

But the Rwandan genocidal establishment might have been expected to fully grasp it.

Yet, they continue to see the new Rwanda through the prism of what they had perpetrated on Rwandans.

Attack President Kagame, distance him from people, country and party, they seem to imagine, and you weaken Rwanda. The more Rwanda prospers, the more febrile their attacks against President Kagame become.

They have a fatal attraction to him that verges on the pathological. But the more mud they try to throw at him, attributing their crimes to him, the more almost the entire country, from which they would separate him, throws a protective cloak of approval and support around him.

Hypnotised by what they wish to see, a Rwanda that is at odds with itself, they are blinded to what is.

The Mail&Guardian article was not journalism. It was propaganda for mass murderers. It is a hodgepodge of everything the genocidal establishment ever wants to throw at the RPF.

The attack on Habyarimana’s airplane as always makes an appearance.

“I am an independent journalist” wrote one of the journalists, Benedict Moran, to the Rwanda state house media team, somewhat perfunctorily, “I am preparing an article with Judi Rever…” then goes on to list the horrific allegations, demanding after each allegation, “do you confirm/deny this?”
This for the Mail&Guardian is what passes for offering a right of reply.

And indeed, they duly do inform us that they did approached the Rwanda media and communications people, complaining that one official dismissed their questions as “ridiculous.”

Ridiculous would be one way of putting it. Stronger words might not have been out of place. If Moran and his colleagues had genuinely wished to get a response to the allegations, they would have made a more appropriate approach.

Judi Rever has nailed her colours, firmly to the mass murderers’ mast. The Mail&Guardian stands behind her, on the edge of the cesspool in which she has chosen to swim. Will they take a step back, and serve journalism, or jump in to join her?

If they have any commitment to journalism, they might like to begin by retracting what is nothing more than a regurgitation of recycled allegations, drawn from the horrific imaginings of unspeakable minds.