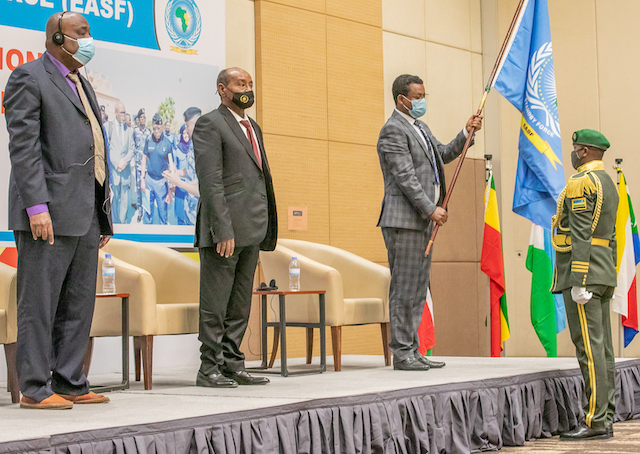 South Sudan entry as a full member of the Eastern Africa Standby Force (EASF) will top the 2021-2022 agenda as the organization plans to increase its forces in the region.The EASF organization currently is composed of 10 active Member States including Burundi, Comoros, Djibouti, Ethiopia, Kenya, Rwanda, Seychelles, Somalia, Sudan and Uganda, which are signatories to the Memorandum of Understanding on the Establishment of the Eastern Africa Standby Force (MOU).

South Sudan has since April 2013 been enjoying an observer role in the organization and was expected to become a full member any time soon.

EASF Director, Brig Gen Getachew Shiferaw Fayisa said that the council has made key decisions for EASF to operationalize its activities and structures thus accepting South Sudan in the membership will not be a hard task.

“They (South Sudan) don’t have to do anything to be accepted as members, once they feel ready to become full members next year, we will welcome them and their contribution to efforts of peace and security,” Brig Gen Fayisa said, in an exclusive interview.

Hassan Omar Mohamed, the newly elected chairperson of the Council of Ministers for the next year (one term) also used his key note address to remind on the need to have a collective effort of all current member states to bring peace especially in the Horn of Africa.

“It is time to redouble our efforts in confronting these forms of conflict and war in the region and re-align our strategies to emerging conflict situations and scenarios,” Murasira said.

State of The Nation Address: We Are Making Progress Despite the Pandemic- President Kagame