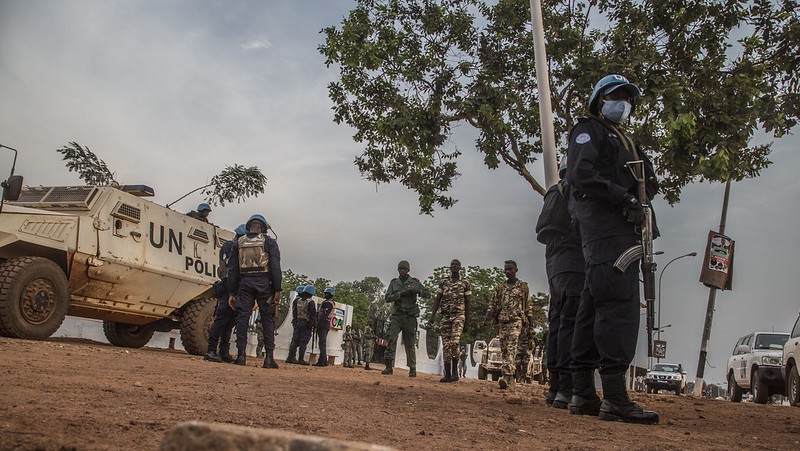 A Rwanda peacekeeper has been killed in armed attacks in CAR. The UN has condemned the attack.

Another Rwandan peacekeeper has been killed and another one injured in attacks by armed groups in the Central Africa Republic (CAR), the United Nations announced on Wednesday.

The Spokesperson of the United Nations Secretary General Representative in CAR, Vladimir Monteiro, condemned the attacks which were perpetrated by anti-Balaka, UPC, 3R and MPC coalition armed groups and their political allies, in particular former President François Bozizé.

The United Nations Multidimensional Integrated Stabilization Mission in the Central African Republic (MINUSCA), under which the peacekeeper was serving, repulsed the attack.

“MINUSCA condemns in the strongest terms the attack launched Wednesday morning by the armed elements in the outskirts of the city of Bangui. The attack was repelled by the peacekeepers, together with the Central African armed forces,” a Statement from the UNSG Representative in CAR reads.

“During this coordinated attack, the armed elements directly targeted the peacekeepers deployed on these various axes leading to the capital. The latter, with the prompt reinforcements in troops and the support provided by helicopters, were able to contain and repel the attackers in joint action with the Central African armed forces,” it added.

The UN said elements of the armed groups suffered loss of life, some were arrested and weapons seized.

“MINUSCA deplores the loss of a peacekeeper, while another was injured. The Special Representative of the Secretary-General of the United Nations in the Central African Republic and Head of MINUSCA, Mankeur Ndiaye, bows in memory of this peacekeeper who fell in the service of peace in the country and expresses his sincere condolences to his family and to ‘to the contingent and the Rwandan government,” the statement said.

MINUSCA said it holds the rebels responsible for the consequences of this violence on the civilian population and stressed that attacks against peacekeepers can be considered as serious war crimes and prosecuted.

The Special Representative, who is in permanent contact with the Central African authorities and with all parties committed to dialogue and the rejection of violence, recalls the determination of MINUSCA to carry out its mandate to protect civilians and secure the recently concluded electoral process.

RDF is yet to speak out on the incident. Another Rwanda peacekeeper was killed in an ambush in CAR in July last year.

The troubled central African nation last month held an election which saw the incumbent President Faustin-Archange Touadera re-elected in the December 27 poll, securing more than 53% of votes in the first round, according to provisional results announced by the electoral commission on January 5.

How SKOL Brewery Is Giving Back to the Community

The Ben, Miss Pamela Love In the Air