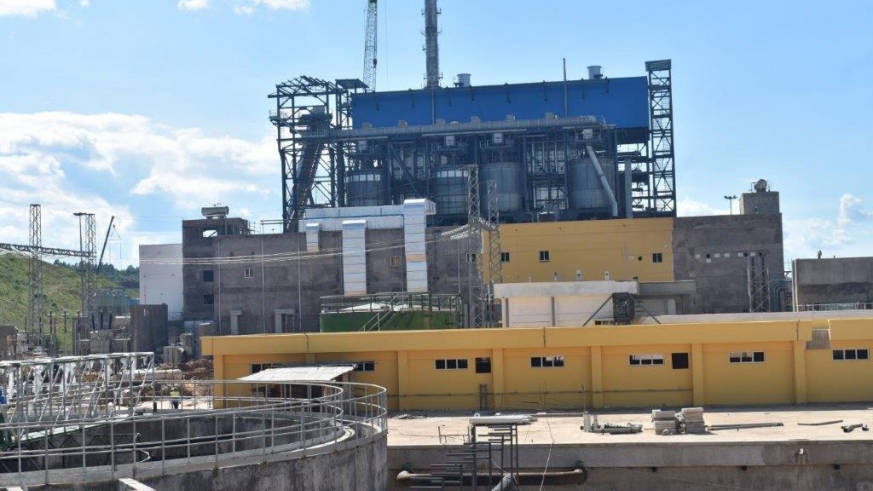 The Southern Province is arguably one of the fast-developing provinces of Rwanda, with several key infrastructure projects in several of the districts of the province to be completed this year expected to usher in economic transformation and create hundreds of jobs.

Among the major infrastructure projects expected to be completed this year is the peat-to-power plant in Gisagara district, currently being constructed by HQ Power, which is expected to release 40MW into the national grid next month.

Dominique Gubbini, the General Manager of HQ Power, confirmed last month that the power plant located in Mamba in Gisagara District, said that by March 2021, the plant will start releasing 40 megawatts of electricity and the remain phase be completed by May, to add another 40 megawatts by June.

Upon completion, the plant will be able to supply 80 megawatts by June 2021. However, 10MW will be retained by the plant to be used in daily operations, while 70MW will be fed into the national grid.

The plant is expected to employ more than 100 people when complete is being built at the cost of $350 million.

According to the Mayor of Gisagara district, Jérôme Rutaburingoga, over the last three years of construction, the plant site has been employing over 1, 000 people monthly, who provide labour in the construction process.

“Some of the people who got jobs or tenders to supply materials at the site have since started their own income generating projects,” the official says, in reference to the transformation the plant has brought even before completion.

In May 2019, Africeramics Ltd signed an agreement with Nyanza district for the establishment of the ceramic tiles manufacturing plant. Nyanza District will own a minority stake in the investment in exchange for the land availed by the district to Africeramics Ltd.

In the first phase of production, 9,000 square meters of tiles will be produced daily and this will be doubled in the second phase targeting both the domestic and regional market. Subsequent phases will focus on other ceramic products on demand.

Other large-scale projects in the pipeline in the Southern Province that will benefit many people, include a mega basilica at Kibeho holy site, Nyaruguru district, which is being constructed by the Roman Catholic Church in Rwanda, at a cost of Rwf70bn.

The basilica, which will reportedly be the biggest in the world, replacing Saint Peter’s Basilica in Vatican, is expected to be completed in November this year and will be accommodating more than 60, 000 faithfuls, of whom 10,000 will be fully covered.

The church is currently mobilising Rwf2.5bn needed to compensate and relocate people who are occupying the land which will be partly occupied by the religious facility, which the Diocese of Gikongoro says will tremendously boost religious tourism.

According to Msgr. Célestin Hakizimana, the Bishop of Gikongoro diocese, the basilica will have several facilities for accommodation as well as chapels for non-Kinyarwanda worshipers and a museum showcasing the history of the site known as ‘Our Lady of Kibeho’, where it is believed that apparitions of Mary happened in the 1980’s.

Still in Nyaruguru district, since August 2019, a 66.3km tarmac road linking the district to Huye, has been under construction and is expected to be completed in April this year.

The Huye-Kibeho-Munini road which crosses both Huye and Nyaruguru Districts connects the touristic site of Kibeho with Kigali-Huye-Akanyaru Haut national road linking this center with Burundi boarder at Akanyaru-Haut border.

The road which was pledged by President Paul Kagame during an official visit to Nyaruguru district on February 20, 2013 also connects to Munini Hospital, another of the many mega projects expected to transform the Southern Province.

Final touches are currently being put on the road, including marking and signage as well as final checks to confirm the quality. The highly anticipated road replaced a previous dirt road in the area which was classified poor and bumpy, affecting travel to and from the holy site of Kibeho.

Residents of the area have expressed optimism that the new road will boost business, agriculture and other economic activities like tea processing as well as domestic and international tourism.

Still in the area, Munini Hospital, which was also a presidential pledge, is nearing completion. The 300-bed, state-of-the-art hospital was supposed to be completed last year but construction works were slowed down by COVID-19.

However, officials say the medical facility will be completed this year -including equipping and furnishing the buildings and renovating existing ones. The hospital, which has been considered an engineering marvel due to its unique design, is being built at a cost of Rwf14bn.

Other major projects in the Southern Province include a joint project by Ruhango, Nyanza and Nyamagabe districts, which is aimed at uplifting residents in the so-called “Kaduha-Gitwe Corridor” out of poverty.

The districts have planned poverty eradication projects, specific to these areas and currently budgets are being sought to implement the project, in partnership with various stakeholders.

According to the Mayor of Nyamagabe District, Bonaventure Uwamahoro said, the majority of the projects to support these communities are in the agriculture sector. 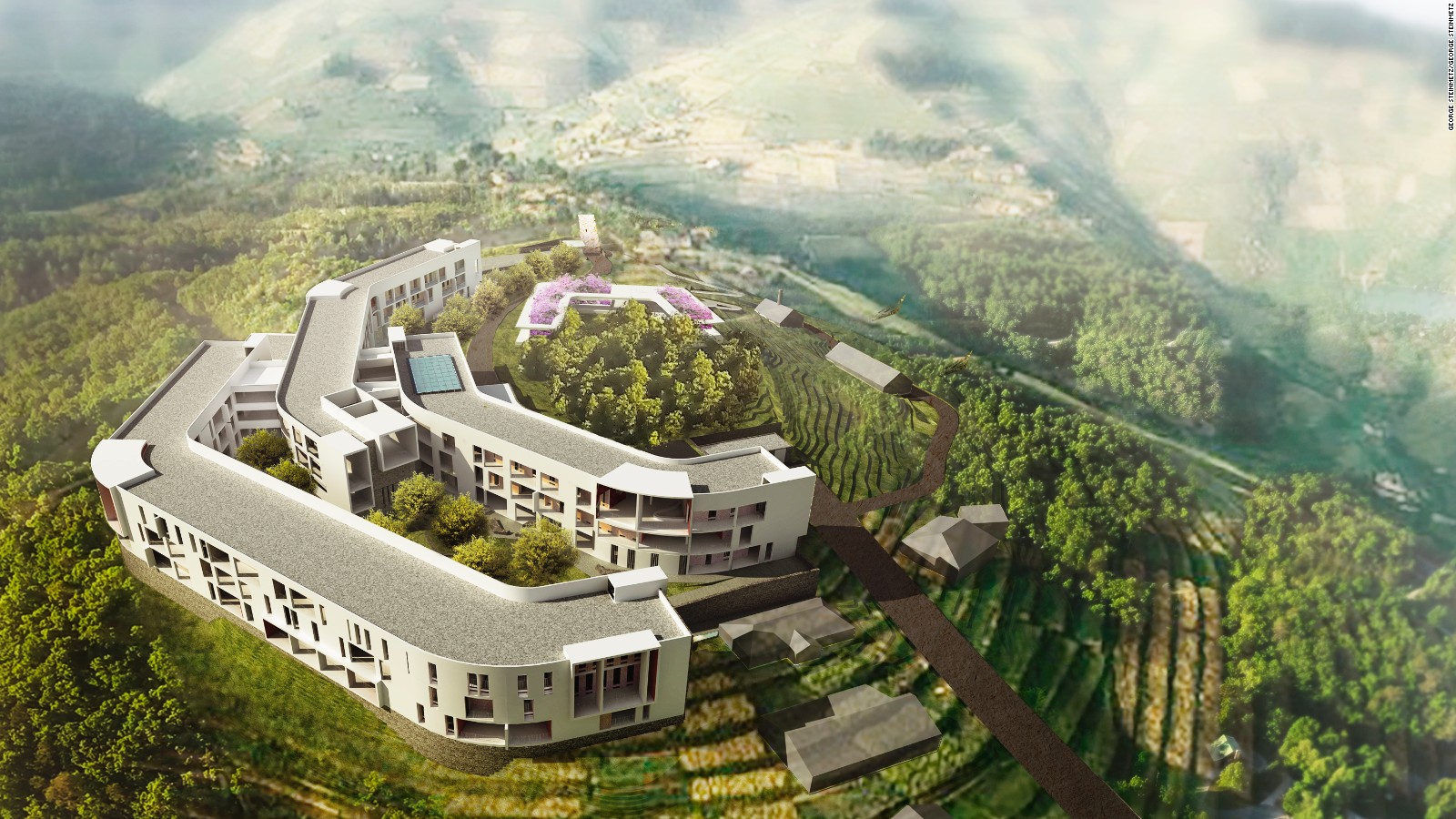 Munini hospital will have 300 patient beds upon completion.

“We have a number of projects in the area, including devising new methods of banana and pineapple farming that are more productive, growing and production of Macadamia and identifying new areas where tea can be grown,” Uwamahoro said.

The Southern Province has also invested Rwf31.9 billion in environmental protection in the Mayaga area (which includes some sectors in Nyanza, Ruhango, Kamonyi and Gisagara Districts), which over the years has been characterised by dry spells and semi-arid conditions which affect agriculture.

Fruit trees and mixed crops, as well as forests, have also been planted in the area while irrigation projects and water dams have been set up to boost agriculture production.

Southern Province districts have also lined up key development projects that will contribute to the economic transformation of the region.

For example, Huye District, with the support of the World Bank, is currently constructing a 7.6km asphalt road in the secondary city, which will cost Rwf6.8 billion. The district is also establishing the Kimuna-Gafumba power line set to be completed by June 2022, costing Rwf321 million.

Huye district is also planning to build 56 houses for the needy in 2021. The 2-in-1 houses will cost Rwf625 million while the district has also planned to build 393 classrooms and 557 toilets at a cost of Rwf2.1 billion.

In Nyanza District, a Rwf4.5bn power cable manufacturing plant has been completed, which together with the ceramic factory will boost the district’s economic outlook. Nyanza district is also eyeing investment in a stadium, bus park, a modern market, and a cultural village, in partnership with the private sector.

The district is also looking to rehabilitate the King’s Palace, locally known as ‘Mu Rukari’, in partnership with National Museums of Rwanda, to make the historical site more appealing to domestic and international tourists.

In Nyanza District, there is also a project to build a road on the Nyanza-Bugesera road that will cost 40 billion people, but the construction has started in the Bugesera area, especially in the Nyanza area where there is a demand for payment for the completion of the project.

Nyamagabe district has a number of projects whose studies have been completed and are awaiting implementation. These include an environmentally friendly factory that will process human waste and produce manure and charcoal briquettes, in partnership with an NGO, Water for People.

Other projects include a modern market in Kigeme, in partnership with LODA and GIZ, 73 storeyed classrooms, construction of Tare Vocational School, Bugarama Health Centre and renovation of Ryarubondo Animal Market.

Other notable projects in Southern Province include the construction Nyabikenke Hospital in Muhanga district, in collaboration with the Ministry of Health, estimated to cost over Rwf9 billion. President Kagame in 2015 promised residents of Muhanga that the hospital will be completed to save them long distances.

Since 2019, Muhanga District and the Water and Sanitation Authority (WASAC) have been building a 98-kilometer water supply system expected to be completed in March this year.

The project will cost about Rwf4 billion upon completion and will supply water to about 70 percent of the people in the secondary city of Muhanga and its outskirts. The district has lined a second phase of Rwasare-Nyagasozi-Matyazo-Rukaragata pipeline, in Mushishiro Sector, which will cover 25km, at a cost of Rwf500m.

Similarly, in Ruhango District, projects to build Mpanga-Gitwe water pipeline as well as 8 reservoirs, and Ruhango-Ntenyo-Kirengeri pipeline which 68 km and 7 reservoirs, are all underway, among other projects officials say will make a difference in Southern Province.

Two Heroes under One Roof: Meet Nyange Heroes Who Perpetuate their Legacy Together