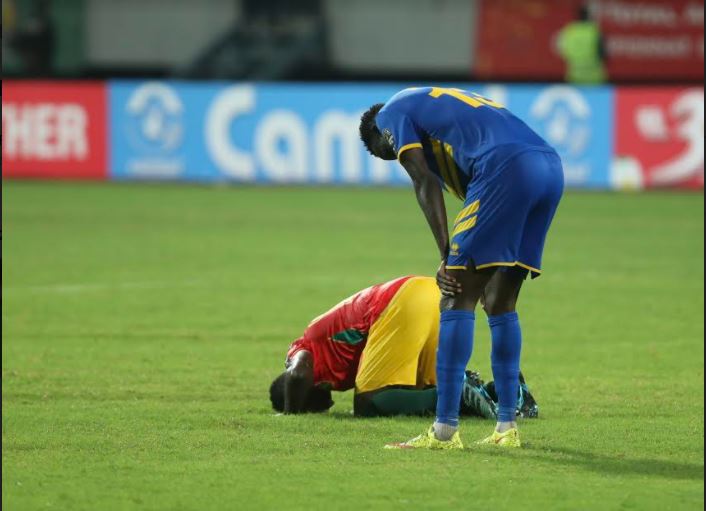 Rwanda’ dream of reaching the semi-final of a major tournament is over after they were knocked out of the Africa Nations Championship (CHAN) on Sunday.

Morlaye Sylla curled a beautifully struck free kick into the top-right corner in the 60th minute earned Guinea a 1-0 victory and a place in Wednesday’s semi-final in Cameroon.

It was their second quarter-final exit in the history of the competition after they were knocked out at the same stage in 2016.

“That’s just football. You can lose on a bad day or you can win on a good day. I still believe in my team, the best team lost.

“They had their chances and we had our chances but unfortunately we never took our two chances we had.For them I think they utilized their free-kick which was well taken by a very good player.”

Guinea showed their intentions from the off but were denied by the Rwandan goalkeeper Olivier Kwizera.

Rwanda should have broken the deadlock in the ninth minute when Jacques Tuyisenge collected a cross from Emmanuel Imanashimwe but his headed effort went over the crossbar.

There was a setback for Amavubi moments later, when experienced skipper Jacques Tuyisenge was stretched off after sustaining a nasty-looking injury from Kanté challenge.

Kanté was first shown a yellow card but the referee changed it to red after consulting the VAR.

Amavubi suffered another blow and were forced into another early substitution in the 34th minute when Rachid Kalisa picked an injury.The midfielder was replaced by Martin Fabrice Twizeyimana.

“We continued to push, we continued to create some chances trying to play our game against a very good side but the two substitutions really destroyed each and everything we tried to do,” said Mashami.

Rwandans were much livelier after the restart but could not capitalize on numerical advantage.

Goalkeeper Olivier Kwizera was also sent after a challenge on Yakhouba Gnagna Barry with the resulting free-kick in the promising position for Morlaye Sylla,who brilliantly struck the ball into the top right-corner.

Rwanda continued to press as they looked to get back into the game but they could not pierce the Guinean defense.

Ernest Sugira hit the post while Dominique Savio Nhuti was denied by the crossbar as Amavubi wasted several second-half chances.

The other semi-final will be contested by hosts Cameroon against defending champions Morocco.