President Kagame on Saturday evening held a meeting with British businessman and patron of Space for Giants, Lord Evgeny Lebedev and the founder and CEO of the organisation, Dr. Max Graham, during which Rwanda officially signed to be a member of the Giants Club, an initiative to promote responsible conservation.

The Giants Club is an initiative of the international conservation organisation Space for Giants that connects leaders of African states with significant large mammal populations to financiers, conservationists, scientists, and well-known supporters.

Together, these individuals combine their political muscle, extensive financial resources, pioneering scientific expertise, and global reach and influence to fulfil the Club’s goal to protect Africa’s remaining populations of large animals and their habitats.

Its primary path to achieving this is to support governments as they build their ‘nature economies’, linking them to renewed investment in conservation that boosts sustainable businesses and brings jobs as well as protects environments.

Rwanda’s growing populations of endangered mountain gorillas have made the country world famous, both for protecting the species but also for using the proceeds of gorilla tourism for wider national social benefit.

“Rwanda under President Kagame’s leadership has become a beacon for how a country can build conservation into a national economic sector to benefit all,” Dr Graham said.

“That resonates very strongly with the Giants Club, which promotes best practice in getting things done in conservation that deliver those wide rewards from protecting natural landscapes and their species. We are incredibly proud and excited that President Kagame has joined the Giants Club,” he added.

Lord Lebedev said that President Kagame has been a leader in conservation and Rwanda joining the organisation will only cement the country’s commitment to sustainable development that puts conservation at the centre.

“It is increasingly clear that the health of the natural world is not separate from the health of humanity. President Kagame has led the way in committing Rwanda to a path of sustainable development. I am proud to work with such a visionary leader on this vital cause,” Lord Lebedev said.

Rwanda is now increasing its focus on restoring a network of national parks, including Akagera, which hosts the ‘Big Five’: elephants, lions, leopards, buffalo, and rhino. Again, the focus is on using proceeds from both local and international tourism to fund national development.

That ethos runs through all the Giants Club countries. Together they are home to more than half of Africa’s 415,000 remaining elephants. Botswana hosts herds up to 150,000 strong, mostly centred on the Okavango Delta in its north. Gabon has more than half of the continent’s remaining forest elephants, a distinct species, as well as lowland gorillas.

Elephants are keystone species: if their populations are healthy and their habitats protected, all other species with which they share their range can thrive too. This biodiversity in natural landscapes is what draws investors and visitors, boosting national economies.

The Giants Club Declaration describes the support that the Club will offer its Presidents as they commit their governments to significant international conservation measures.

As well as agreeing to support and endorse the Giants Club, President Kagame pledged to promote domestic and international investment in responsible conservation and tourism enterprises to create new revenue from wildlife for the benefit of Rwandans.

Under the partnership, President Kagame will also promote private-public sector partnerships to achieve effective management of natural ecosystems and direct investments in protected area landscapes and also work to combat the illegal wildlife trade in Rwanda and its neighbours. Rwanda will also continue to play its role in reducing the problem of human-wildlife conflict.

The Giants Club membership is dedicated to supporting its Presidents to achieve their domestic conservation agendas, funding Space for Giants to give technical guidance or to deliver active conservation programmes. 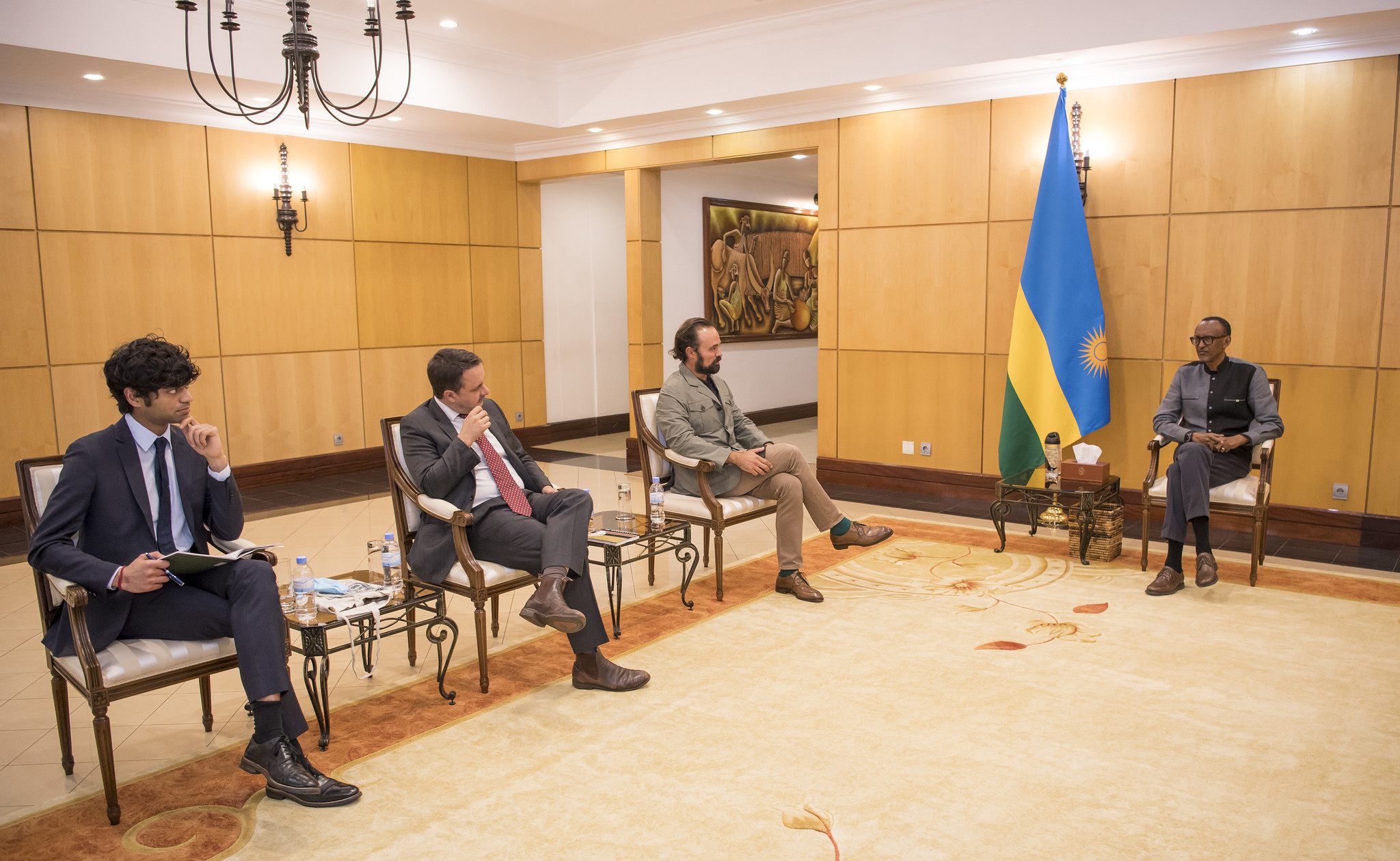 They are also supporting in the construction of electrified fences to keep elephants away from farmers’ fields and reduce human-elephant conflict in Gabon, Kenya, and Uganda as well as overseeing the launching international conservation investment mechanisms to bring new finance to protected area networks, in Uganda and Gabon.

The Giants Club is an initiative of the international conservation organisation, Space for Giants. Space for Giants operates in nine African countries, dedicated to protecting Africa’s elephants and their landscapes forever.

The Club convenes the biennial Giants Club Summit, where new innovations to protect Africa’s elephants and their landscapes are presented, adopted, funded, and launched.