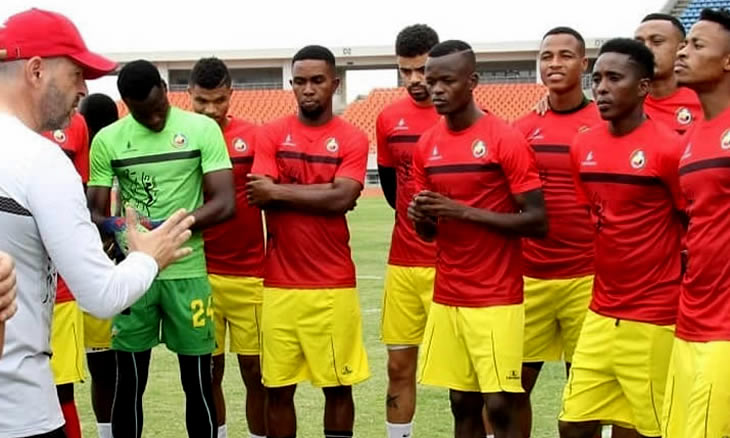 COVID-19 positive cases have forced changes to the Mozambican national squad ahead of their African Cup of Nations (Afcon) qualifiers against Rwanda.

The Mambas face Rwanda on March 24 before rounding off the Afcon qualification campaign with a home game against Cape Verde on March 30.

It was reported that three unnamed players selected in Mozambique’s squad tested positive for coronavirus and the trio has been released from the national squad.

As a result, head coach Luís Gonçalves has included three new players to his initial squad for their upcoming fixtures against Rwanda and Cape Verde.

New additions include the Costa do Sol duo Chico Mioche and Nelson,Fidel and Melque from the Association Black Bulls.

O Paisa los reports that Gonçalves will be without most of Europe-based players in his provisional squad with their clubs reluctant to release them.

However, Abel Joshua, currently plying his trade with Vitória de Guimarães’s  reserve team in Portugal, was the first foreign-based player to join the Mambas on Tuesday night.

In-form midfielder Luís Miquissone of Tanzania’s Simba SC is expected to join the camp today.Miquissone, who scored the lone goal in Simba’s 1-0 win against Al Ahly three weeks ago, continued his superb form with a goal and assist against in Tuesday’s Champions League victory against Al Merreick.

Rwatubyaye who recently joined the Macedonian side FK Shkupi,and Muhire of Sahama Club in Oman, were prevented by their respective clubs to travel to Kigali for  international duty.

Jacques Tuyisenge, who captained Amavubi at CHAN tournament,is still nursing an injury he picked in their quarter final game against Guinea while Muhadjiri Hakimiana is yet to recover from an illness.