Gaga, 49, received the Grand Prize this Monday to mark the end of the campaign at a short but colorful event held at CHIC building in Kigali Business district officiated by the bank’s CEO, Dr. Diane Karusisi.

The campaign, which started on December 14th ending March 5th, 2021, aimed at promoting the use of cashless payments which the bank considers its main objective as part of an ambitious agenda to drive and lead Rwanda’s cashless economy policy.

Tharcissie Byukusenge, BK Card Center Manager highlighted that in the three months of the campaign’s duration, they were able to offer over 6,000 BK Credit and Debit Mastercards, with customers required to make single transactions worth Rwf25, 000 to stand a chance to win different prices. 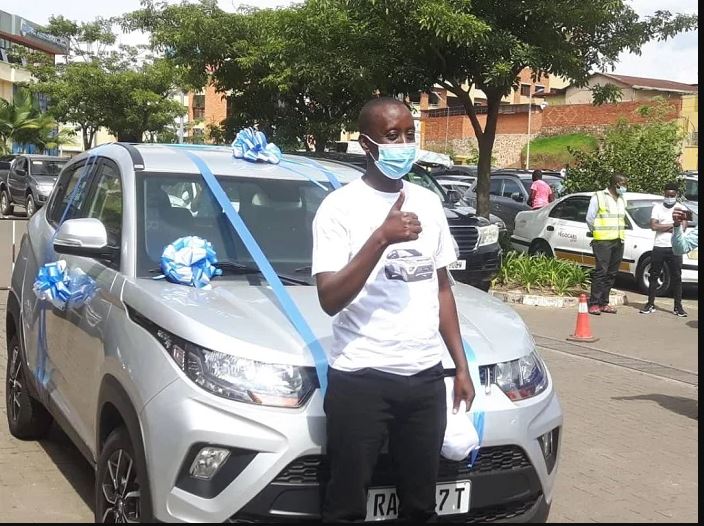 She said that in three months there were over 42,000 transactions made worth Rwf1.2billion which increased the bank’s Mastercard usage from 30% to 62% but also accompanied reciprocal benefits for users.

Byukusenge revealed that clients had a win-win situation as 100 clients were awarded with shopping vouchers worth Rwf 5,000,000, 80 received cash backs worth Rwf 4, 4000, 000 walked away with new laptops, and three winners rewarded with brand new motorbikes. 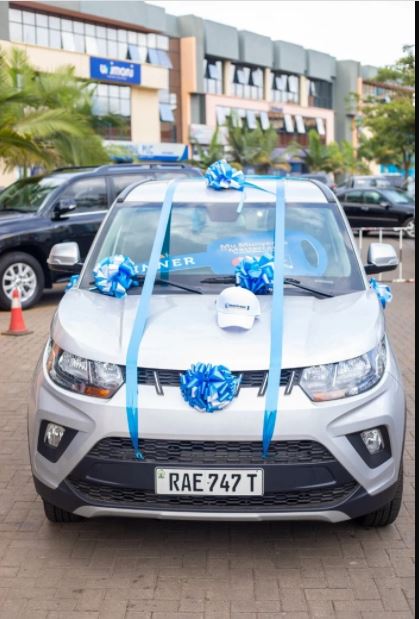 The grand prize winner, Gaga said that winning the prize came as a surprise though he had been consistently campaign.

“Winning this prize came with a personal choice to go cashless.  From the day I heard of the campaign on radio, I have been using the BK Mastercard to purchase every goods and services and my resolve has paid off” Gaga said with a smile of winner on his face.

“We (BK) want to be the leader in driving the cashless economy agenda in Rwanda because this is the new global mode of doing business, a need that has been emphasized by the Covid-19 pandemic of which we cannot afford to stay behind,” Karusisi said.

Dr. Karusisi said that BK engagement in such cashless campaigns will encourage more Rwandans to see the direct benefits of electronic payments which include money security, corruption prevention, and ease of payments among others.

“If Rwandans can use the cashless mode of payment it will benefit the country in fighting corruption, since it is very hard to offer bribes using a mobile wallet without leaving a digital footprint,” Dr. Karusisi said.

BK said that it had a 30% share of this cashless economic performance and there are plans to bring new innovations to tap deep into this area, according to Caleb Simiyu, Bank of Kigali’s Head of Payments.

“We have positioned ourselves to lead in the cashless agenda and are planning on introducing virtual credit and debit cards so as to reduce the physical payments, as a solution in post covid-19,” Simiyu said.