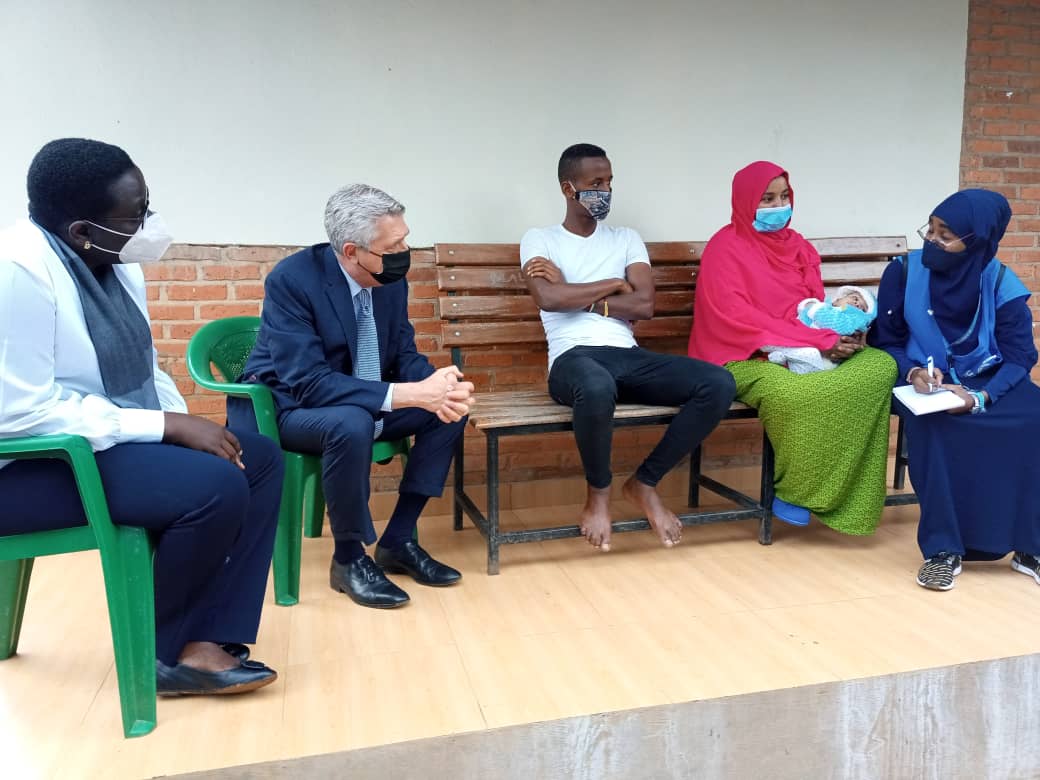 The United Nations High Commissioner for Refugees Filippo Grandi has commended Rwanda for its continued efforts to offer a safe environment for African refugees evacuated from Libya as a permanent solution is being sought for them.

Grandi, who is the head of the United Nations High Commission for Refugees (UNHCR), the UN refugee agency, is in Rwanda for a four-day visit to see ongoing refugee operations and to discuss challenges faced by the government and partners in a bid to find solutions to challenges facing refugees.

The centre was established under the emergency transit mechanism (ETM) set up by the Government of Rwanda, the UN Refugee Agency and the African Union (AU).

Currently Rwanda hosts 261 asylum seekers in the Gashora ETM. The first group composed of 66 people was received on 26th September 2019. So far five groups have been received until December 29th 2020. Another group of 122 evacuees from Libya is expected to arrive tonight

“Thanks to Rwanda, we can evacuate refugees from Libya through the Emergency Transit Mechanism and seek solutions for them. Some have been on the move for years,”

“Many have suffered terrible abuse along the way, or in Libyan detention centres. Now a better future awaits them,” Grandi tweeted after the visit.

In Gashora ETM where he was accompanied by the Minister for Emergency Management, Solange Kayisire, Grandi thanked President Paul Kagame for coming up with the initiative to relocate the refugees following a crisis that gripped the continent after it emerged that African refugees mainly from the Horn were living in precarious conditions in the North African country. 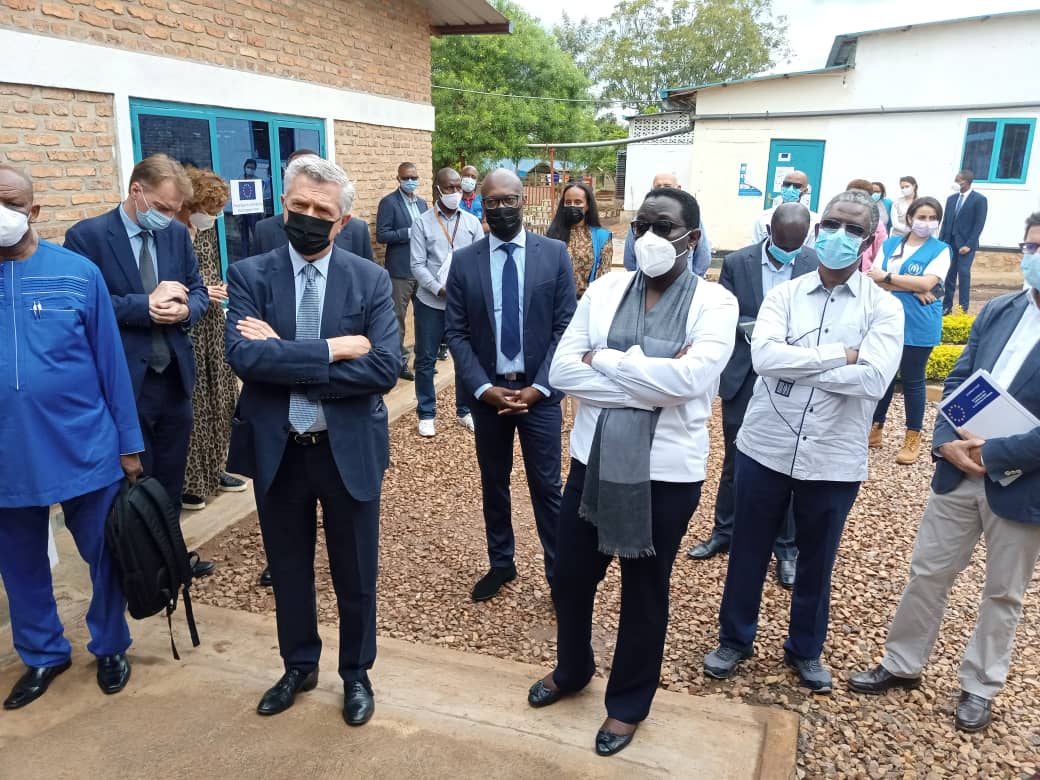 The UN Refugee Agency head said the centre has given African refugees evacuated from Libya a new lease on life.

“I am happy to be here at this centre. The centre was born out of President Kagame’s idea at a time when the whole world was watching in the media the horrible images of concentration camps in Libya where many people from different countries were at risk,”

“At the time, President Kagame was the President of the African Union and he said that Rwanda wants to help. I talked to him and he agreed that we could start a process to set up a place where people from these camps can be relocated and taken care of as the solutions to their issue is being sought,” he said, adding that only Rwanda and Niger offered to do that.

He thanked President Kagame, the Rwandan government and the people for agreeing to take on the serious responsibility of receiving African refugees from Libya.

“I really want to express my gratitude to President Kagame and Rwandans in general for agreeing to take responsibility. It is a great responsibility to have hundreds of people here on your land and in your country and welcome them in this centre as we we are working hard to find solutions,” Grandi said.

Grandi said that compared to the life they led in Libya, the refugees have not only been rehabilitated at the centre but they are also able to access all basic needs, medical care as well as psychiatric support to help them overcome the difficult past they endured.

“I am very pleased with the work done by the Government of Rwanda, UNHCR and the civil society because we have organizations that do useful work here daily. It is exciting to talk to people here, we’ve seen a family from Somalia, people from Eritrea and Ethiopia, who all say they are doing well,” Grandi told the press. 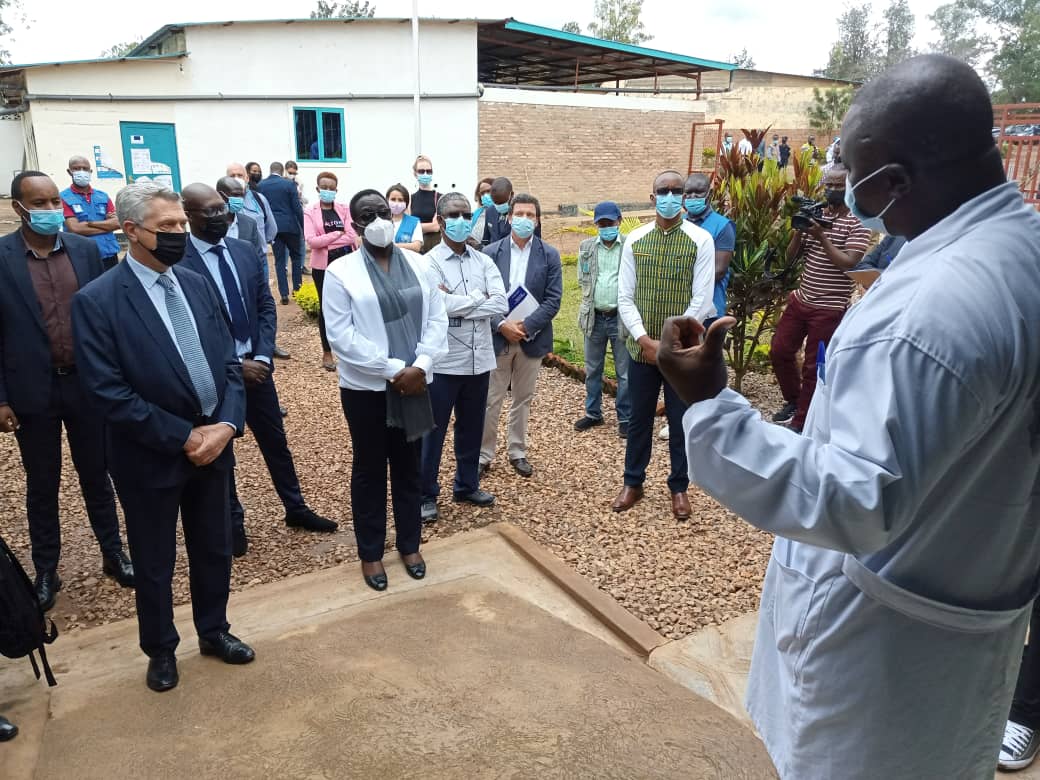 A health worker at the centre briefs the visiting delegation.

Grandi said that he personally visited the detention centres in Libya and saw the serious problems the refugees face including torture, violence, sexual exploitation and rape, adding that being able to access medical care in Rwanda is very important.

Minister Kayisire said they had the opportunity to discuss with the UNHCR head current refugee challenges including the reduction in aid. Grandi is expected to visit Burundi after Rwanda and will over see the repatriation of another batch of Burundian refugees from Rwanda.

Later, Grandi visited Nyamata Genocide Memorial where he was accompanied by Minister Kayisire, to pay his respects to victims of the 1994 Genocide against the Tutsi.

Rwanda currently hosts more than 130,000 refugees, mostly Congolese and Burundians, who in recent months are facing challenges after the UNHCR and World Food Programme (WFP) announced that they were cutting food rations since March, due to shortages in supply and funding. 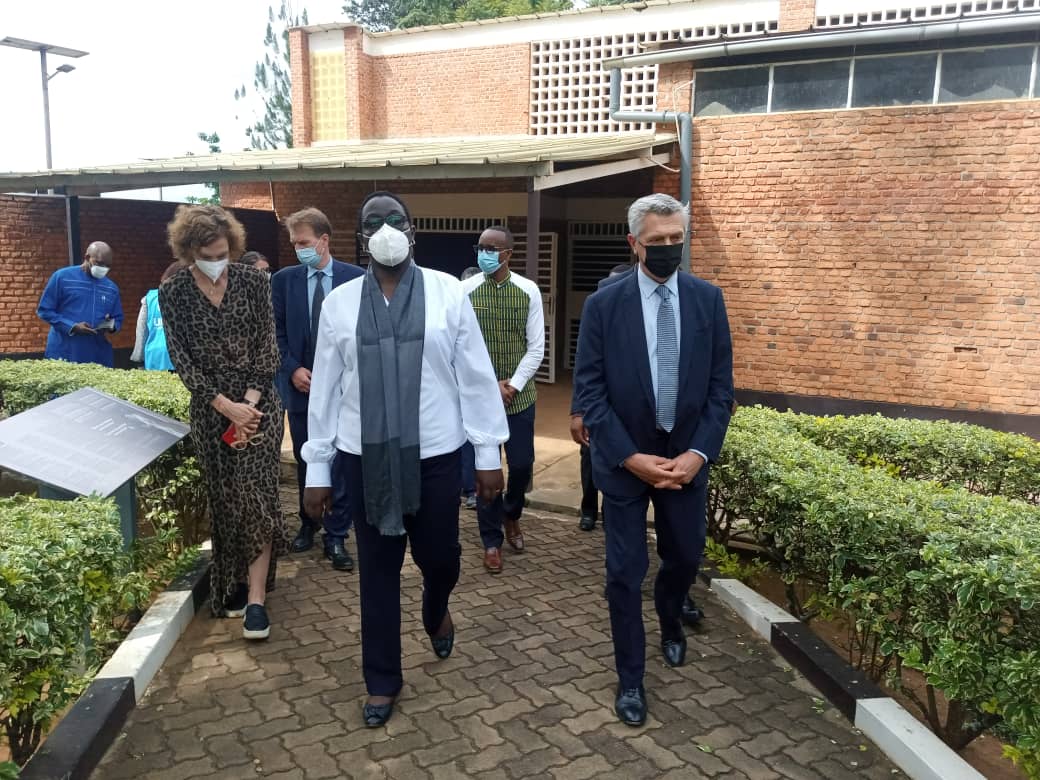