Home Voices Do Not Be Fooled, the 1994 Genocide Against the Tutsi Was A Climax of Long Extermination Agenda
Voices

Do Not Be Fooled, the 1994 Genocide Against the Tutsi Was A Climax of Long Extermination Agenda

written by Emmanuel Hategeka May 3, 2021 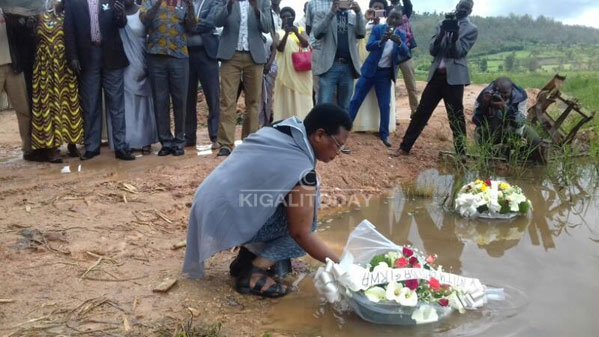 Ignorance of history is very detrimental but betraying humanity by intended distortion of the truth is the worst of human aberrant conduct.  It becomes more disappointing when the public is led astray by people who forge an expert impression. 27 years later, deniers continue to mislead even the unborn by then.

But do not be fooled by deniers, their apologists and self-proclaimed experts on Rwanda, in actual sense malicious propagandists and revisionists bent on destabilizing Rwanda for their own or their master’s interest. The truth always prevails and overrides the false narrative.

Prepared and tried over four decades, the 1994 Genocide against the Tutsi is a historical fact. Any unbiased study of post-colonial Rwanda history can only conclude that what happened in 1994 was the climax of a long extermination plan orchestrated against the Tutsi by two consecutive genocidal regimes. Their cynical manipulation made citizens believe that Tutsi extinction was a green card to the country’s apogee.

Instead of targeting to uproot the colonially instituted divisionism, those who were believed intellectuals set in the 1957 Hutu Manifesto, exclusion and elimination of the “diseased cockroaches” (Tutsi) as the ultimate solution. The fuel was added to the fire in 1959 when Joseph Habyarimana Gitera, an intellectual and Hutu extremist published the Hutu 10 Commandments that were full of hateful language to further divisions.

The killings aiming at Tutsi ethnic cleansing started with a so called 1959 social revolution when scores were murdered and others forced into exile. The same tragic events were replicated in 1963 when many were slaughtered on Christmas that survivors named “Christmas of blood”. No one involved in the killings was brought to book since it was a government backed agenda, giving a blank check to killers.

Killing and discriminating the Tutsi was made easy by identity cards whereby so-called ethnic group of the bearer was mentioned. It facilitated discrimination in education, the military, labor market and various sectors. The quota system in education is one of the many discriminatory policies that promoted divisionism. Tutsi students who were purged from schools in 1973 will give you the tale.

Branding Tutsi as national enemies, dehumanizing them as worthless, legitimizing their killings and justifying their expulsion has been a slogan of genocidal presidents starting with Gregoire Kayibanda and later his ouster Juvenal Habyarimana who drew a clear line that: “Rwanda was like a glass full of water, which leaves no room for more water, implying that all Rwandan refugees could never return home whether peacefully or otherwise”.

Revisionists masquerading as historians, researchers or activists will deploy all means to propagate denial of the 1994 Genocide against the Tutsi, narrow it to coincidence, spontaneity or advance the double genocide theory which logically does not exist. Genocide is never a spontaneous act. It is planned and executed. But their propaganda cannot hold as historical facts outweigh baseless claims. They will never dare to unearth the bare reality of systematic massacres of Tutsi civilians led by both civil and military officials before 1994. A true historian or researcher will tell the world how genocide against the Tutsi was piloted much earlier, narrate the killing of 338 Tutsi in Kibirira in 1990, over 300 Tutsi killed by the para-commandos in Bigogwe in 1991 and other 277 Tutsi assassinated in the Prefectures of Gisenyi and Ruhengeri in the same year.

This history is bitter, but better to know in order to advance. If not to a genocide, where would this litany end with such atrocities targeting a specific group that even extended to different parts of Rwanda way before the climax of all in 1994?

The genocidal regime plan was clear, kill all of them to extinction without sparing even babies. “I am returning home to prepare for an apocalypse,” declared furious Col Théoneste Bagosora, then chief of staff when out of Arusha Peace talks room in January 1993. A military of his caliber meant every word he said when he emphasized on April 4, 1994 that “The only plausible solution for Rwanda would be the extermination of the Tutsi.”

If there was not any genocide plan, how do you justify the timing of the purchasing of 581 tons of machetes between January 1993 and March 1994? How do you explain the training of thousands of militiamen, equipped with weapons and with the capacity of killing at least 20,000 Tutsi per day as one of the powerful leaders of Interahamwe, Abubakar Turatsinze disclosed to General Romeo DALLAIRE?  The UN was informed and warned of the genocidal plan as were the powers with decisive vote at the UN Security Council but Rwandan lives did not matter or bigger interests at play obscured halting the unfolding genocide against the Tutsi.

Finally, and importantly to the youth in whose hands Rwanda’s future lies, I urge you not to take the hard-earned peace and stability for granted, instead fight genocide denial and revisionism as well as all sorts of ideologies bent on divisionism a dangerous threat to Rwanda and humanity as a whole. Let us look for the truth, face the facts of our bitter history, honor survivors and our very own who stopped the genocide, learn the lessons and build a better world for generations to come.