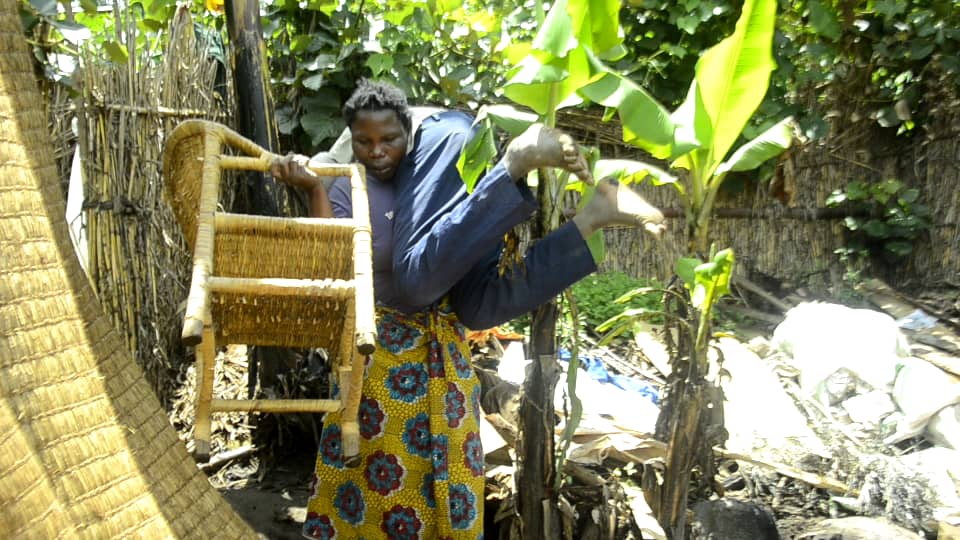 It could be the true, unconditional love that the bible says, also called Agapao love according to Bible commentaries.

Twelve years ago, Alexis Tuyisenge and Nyirabariyanga Beatrice from Gasizi cell, Gahunga sector of Burera district wrapped up their dating period and said I do, expecting to live heavenly on earth.

A couple of months after their colorful wedding, the husband who was the breadwinner started feeling uncomfortable and before they could know what the issue could be, he lost his voice and more challenges followed.

“We woke up one fateful morning and when I addressed him, he could not speak. After a couple of weeks, his legs failed; he could not walk anymore, and then he lost the capacity to sit,” Nyirabariyanga narrates from their home in Burera district.

” I have been spoonfeeding him for the last twelve years. Moreover, for more than one decade, he was never able to take himself to the toilet; I have learnt to clean him and wash his clothes without complaining.”

Nyirabariyanga has to carry her husband outside for sunbathing every day. She carefully places him on a handcrafted chair and watches him until she feels that it is time to have him back inside the house. 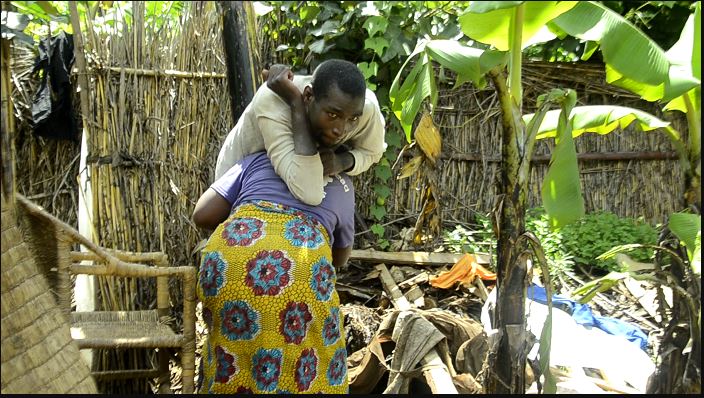 Nyirabariyanga, mother of two took his husband to several hospitals, including Ruhengeli hospital, Nyagatare hospital and Ndera Psychiatric hospital in Kigali to no avail.

At some level, the patient was supposed to be operated, but Nyirabariyanga did not know the person that could help him to make it happen. She said that she spent one month waiting for the operation, and when she realized that there was no improvement, she reported back to Burera

The family lives in a dilapidated house that was shaken by the erosion from Virunga National park. 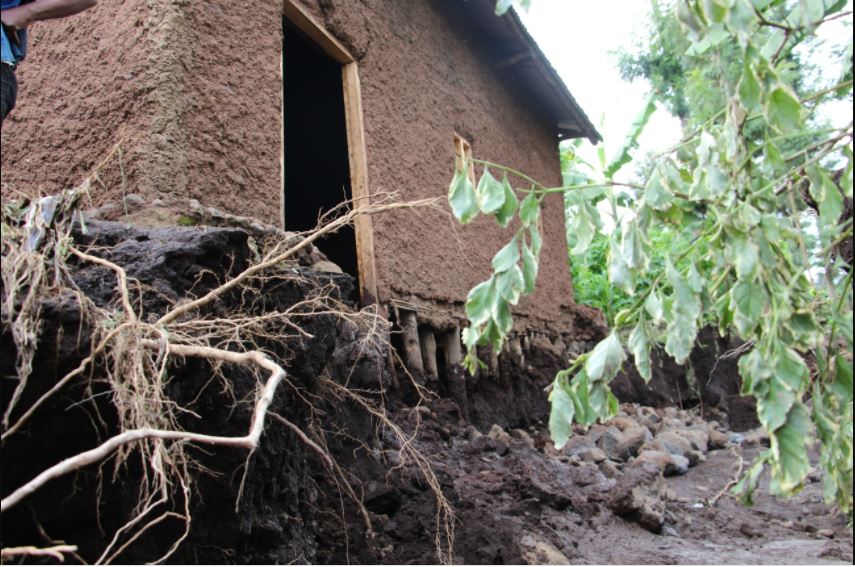 For food, the wife goes out every morning for casual work and when she goes out, she has to leave the man behind closed doors for fear that if she leaves him outside, something wrong could happen to him without the capaity to defend himself.

Local officials told kigalitoday.com journalist, that the couple will be supported through existing social categories.

“They already benefit Rwf 15,000 from monthly stipend dedicated to the most vulnerable among Rwanda’s social categories. We shall see how we can improve this condition, ” said the vice mayor of Burera district in charge of social affairs Jean de la Paix Manirafasha.

The official further promised to have this case treated by the relevant medical professionals.

Their house could also be refurbished.

Pending all these efforts, Nyirabariyanga vowed to remain faithful to her husband.

Do Not Be Fooled, the 1994 Genocide Against the Tutsi Was A Climax of Long Extermination Agenda