Home NewsNational No Cause for Alarm: DRC Says No Volcanic Eruption of Mt Nyamulagira
National 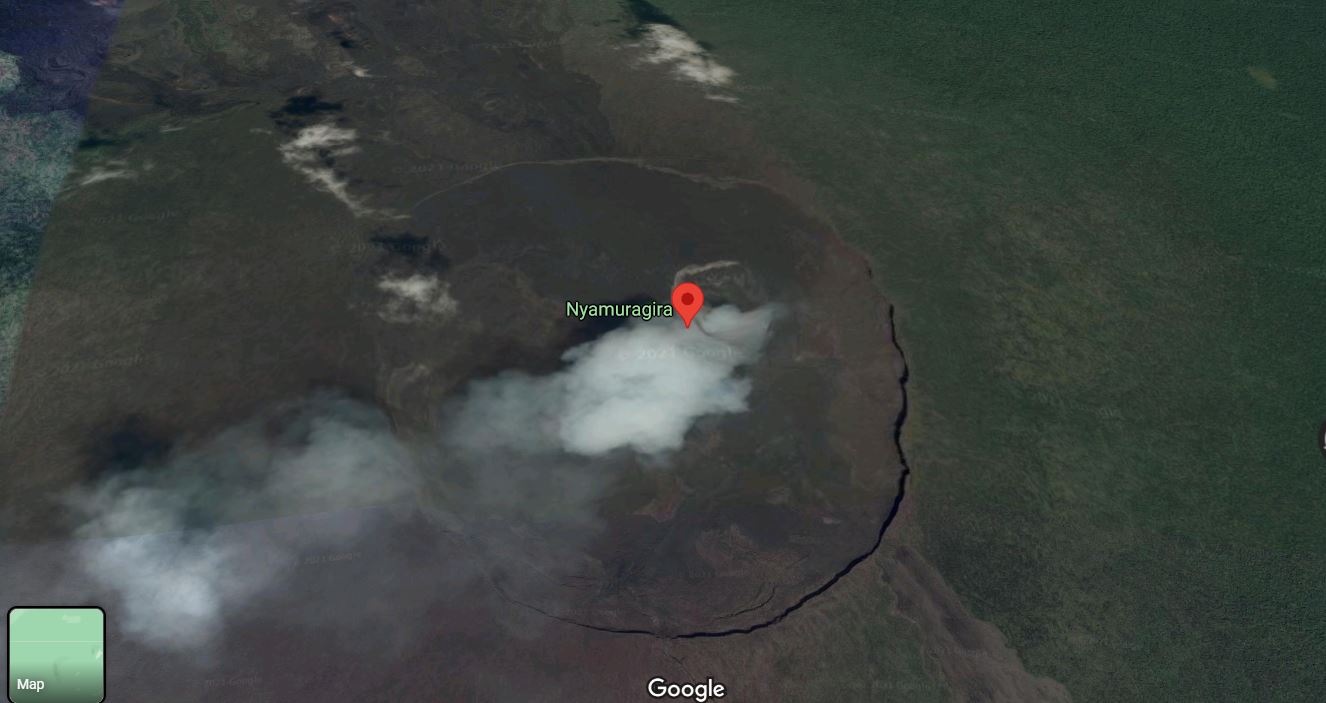 The Democratic Republic of Congo (DRC) government made a U-turn on earlier reports of a volcanic eruption on Mt Nyamulagira, revealing that surveillance on the active volcano showed that the smoke was from charcoal burning activities.

The Congolese Ministry of Information on Saturday morning reported of a second volcanic eruption, just a after the eruption of Mt. Nyaragongo, this time on Mt. Nyamulagira, more than 13km north of Nyiragongo, in the Virunga National Park.

An earlier DRC government communication has said that the eruption at Nyamuragira volcano was at a lower level compared to the devastation and sparking an exodus.

“A low intensity volcanic eruption is reported in the northern flank of Nyamulagira. Lava flows in an uninhabited area within the Virunga Park,” a statement from the DRC Ministry of Communication and Media said.

However, the same DRC communication agency tweeted that the said volcanic activity did not happen but the smoke was coming from charcoal burning activities.

“A plane has just flown over the entire area of the flanks of this Volcano. No rash was observed. Rather, it was about intense activities of charring the wood into charcoal, the smoke of which was perceived as an activity of the volcano” the ministry said minutes after.

The eruption comes at a time when tens of thousands who had fled Goma last Saturday night but many returned when the eruption ended the following day.